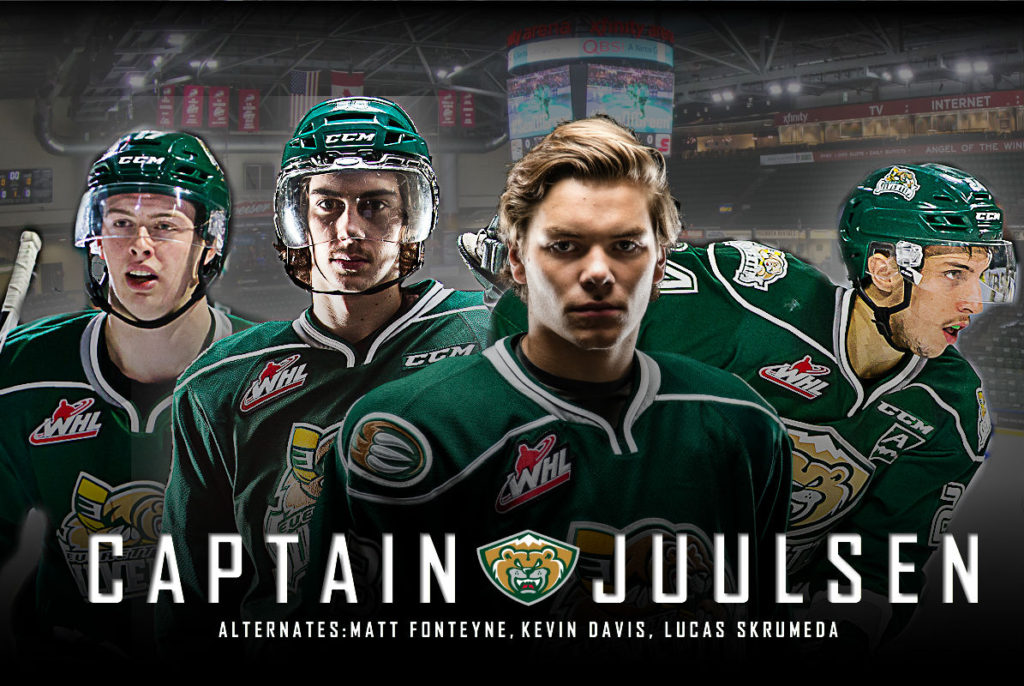 Juulsen, 19, is expected to make his Silvertips season debut tonight at XFINITY Arena against the Tri-City Americans after reassignment from the Montreal Canadiens (NHL) on Sunday. The 6-foot-2, 185-pound defenseman was named to the WHL (West) All-Star Second Team and Team WHL for the CHL Canada Russia series last season as he gathered in 28 points (7g-21a) in 63 games, additionally posting a pair of assists in six Silvertips playoff games.

Juulsen skated in the CHL/NHL Top Prospects Game in 2015, the same year he was selected by Montreal in the first round (26th overall) of the NHL Entry Draft. He has picked up 90 points (18g-72a) and a +33 in 191 career games with the Silvertips.

His career high totals in 2014-15 delivered nine goals, 43 assists, and 52 points along with a +22 rating in 68 games on the blueline. This preseason, Juulsen suited up in two games with Montreal and collected a +1 rating.

Skrumeda, who turns 20 on Friday, enters his third season with the Silvertips and last year earned a career high 14 points in 63 games along with a +1 rating. He has three assists in four games this season and added a pair of playoff assists last year while suiting up in all nine playoff games. In his WHL career, he has collected 29 points in 132 games.

Davis, 19, enters his fourth full season on the Tips blueline with 53 points in 208 career WHL games. He suited up in 69 games last year while earning 16 points and a +2 rating. The 6-foot, 181-pound defenseman was originally selected by the Silvertips in the first round (11th overall) in the 2012 WHL Bantam Draft. He has a pair of assists in four games this season.

Fonteyne, 18, has six points in four games this season with the Silvertips while earning 79 points in 208 career WHL games. The 5-foot-10, 180 pound forward had eight points in nine postseason games last year, posting career highs in points (48) and goals (16) while earning the club’s co-Ironman of the Year award, suiting up in all 72 regular season games.