PART 1: The Life and Times of Zack Dailey 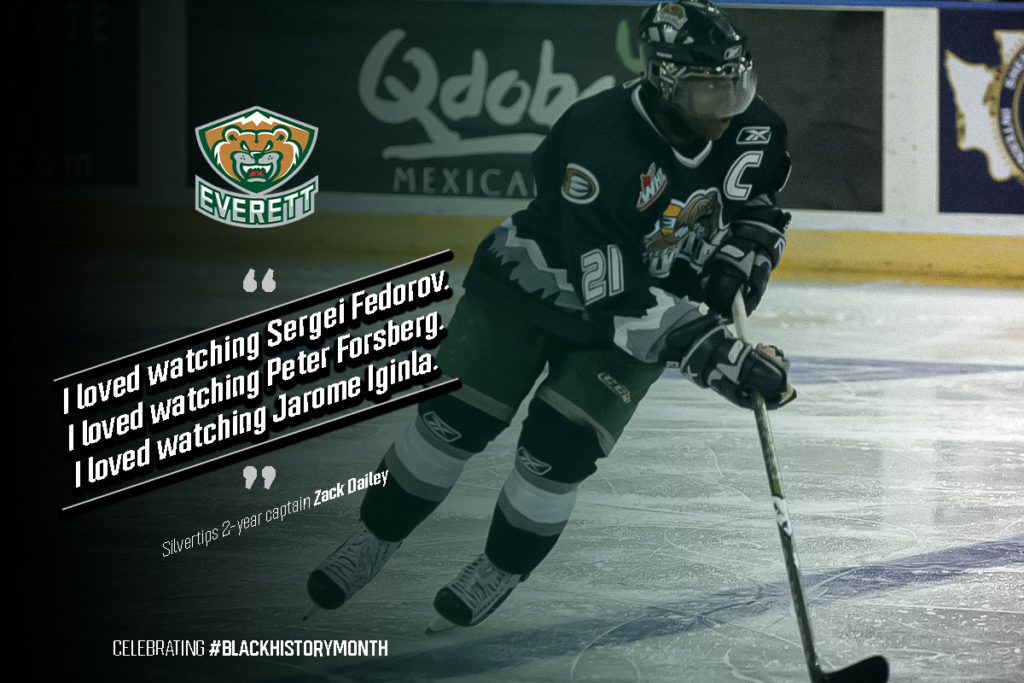 When I decided I wanted to play hockey long term: I was a little younger. At the pee wee and 10-11 years of age, I was a two sport athlete and a pretty good soccer player.

But I had problems with my heel.

My name is Zack Dailey. You might know me from a few years around here from another sport I chose.

I have flat feet – so running in a soccer shoe caused a lot of problems. Growing up in a small town in Alaska, going anywhere to play competitively meant you had to go an hour and 45 minutes to “the big city” … Fairbanks. Then there was Anchorage, five hours away.

Those were the only two places to get good competition. My parents eventually said, “we can’t be driving to Fairbanks five times a week – you have to pick soccer or hockey.” I was maybe a better soccer player, but it was causing a lot of foot pain.

So, I picked hockey. 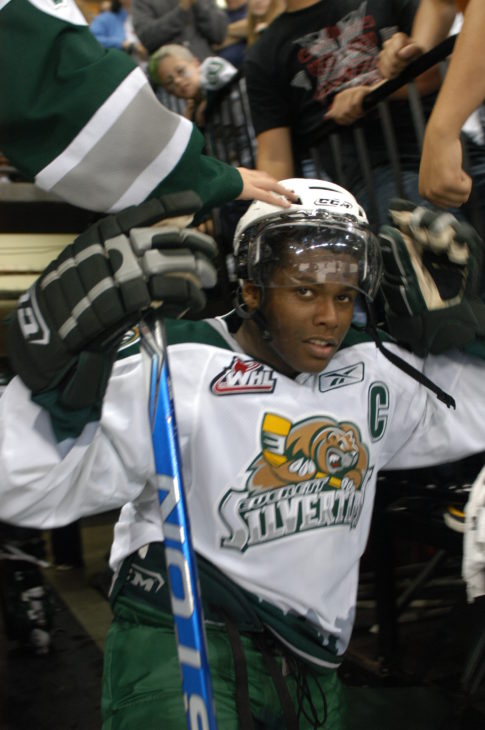 I owe it all to my Dad. We moved to Alberta and he got a job there and his sole purpose was to play with better competition and make this more real. It was a real sacrifice on my parents’ part, and putting me in the best position to succeed. So, after starting in hockey at age 7, we moved there when I was 13.

About my parents – did you know? I was adopted at birth. My birth mom was in California. My parents were living in Alaska. So, when my Uncle’s brother and his family were using an adoption agency in California, and my Aunt heard of my eventual parents’ interest in adopting, my parents connected with the agency and everything worked out. Once I was born, I was brought to Alaska. Off we went together, as family that’s still special to me.

I remember great times we lived on a homestead in a small town – Healy.

It’s out in the middle of nowhere. Our closest neighbor was a mile away.

We couldn’t get to our house with a car, so we had to park our car into a garage, take a four-wheeler over the bridge and into our homestead. That’s a pretty unique childhood.

Being in Alaska meant lots of cold mornings riding the four wheeler to the bus and coming home the same way. But in the summertime, we’d head out for the day, and my brother and I would mess around, getting into trouble. But there was a lot of freedom, and a lot of fun. We have a lot of great memories being on the homestead, with family while camping, fishing or hanging out outside. And there were lots of those times outside.

Being in a town like that, there’s not much trouble you can get into up there especially with it just being my brother and me. But when you’re kids, you mess around, and we started some brush fires by accident. We were lucky it didn’t catch on and spread!

Then, there was machinery we shouldn’t have been playing on and started up. My Dad had an old work tractor to haul firewood, and road maintenance – we loved to jump on that thing and start it up. We didn’t get into a lot of trouble, but enough to keep our parents annoyed for sure.

Back to the time I was seven – it was my first exposure to hockey – and coincidentally getting made fun of.

I was the worst player on the team.

At a practice, we had a relay race. A classmate and I were anchors. My classmate smoked me, by far. I just remember all this hope, cheer, and more coming from my teammates – and halfway through when she was smoking me, the mood quickly changed.

I was okay. But I remember struggling with hockey from the start and not a lot of success coming early. Luckily, there was more time to play with.

As a family we ended up moving from Alaska to Alberta in my first year of bantam hockey and I was 13 years old, made the triple-AAA team and did pretty well. My second year, we advanced to league finals, I shared scoring title and MVP title. So, after that, I realized this was something.

I couldn’t have made the emotional developments without the help of my Mom and Dad. They did a great job of being my parents – loving me, treating me as anyone else, and one thing I remember sometimes parents have a tough time if they have kids who have different ethnicity. And it’s difficult for the child.

But I remember them celebrating my ethnicity and culture. There came a point in time where they had to talk about racism with me as a kid, but they were so loving and helped ensure the environment I lived in was safe, so it was something they were more worried about than I was. They did a great job of raising me and I’m grateful for their love and support.

The funny thing though is they weren’t the ones who got me onto hockey. I had never heard about the NHL until 1996, when one time I was out with a friend of mine, who was wearing a Detroit Red Wings Stanley Cup hoodie.

So, at age seven I asked my friend, “who are the Detroit Red Wings and what is the Stanley Cup?”

My friend said, “you don’t know what the NHL is?”

That was my first exposure to hockey. To this day I still root for the Red Wings. And, to this day it’s tougher because they’re struggling, but I still pull for them. I loved watching Sergei Fedorov. Even though they had a big rivalry with the Colorado Avalanche, I loved watching Peter Forsberg. I loved his compete level, how he finished checks, his toughness, and amazing skill.

I loved watching Jarome Iginla. As a man who succeeded as a black hockey player, who you can look up to, see someone who looks like you, and play where you dream of playing was an inspiration.

As I got older, Pavel Datsyuk was an amazing player to watch. But my game looked nothing like his. I had a lot of fun though watching highlights, then heading out the next day after practice and trying some of his moves!

It carried over into downtown Everett, where it would become one of the greatest times of my life.