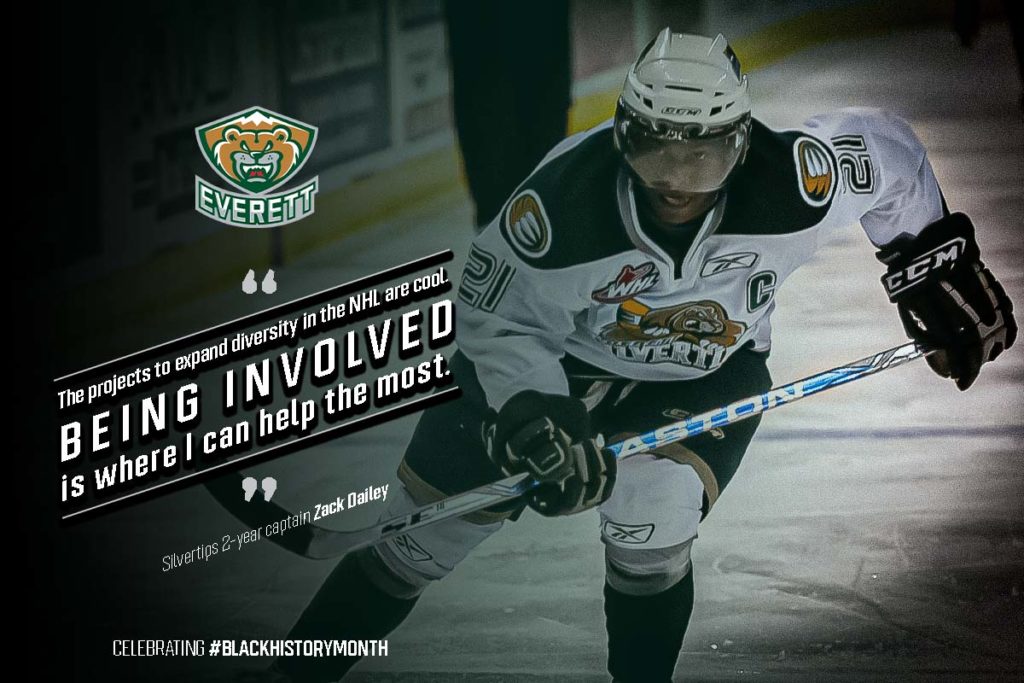 Playing for the Everett Silvertips gave me an opportunity to shoot for pro hockey or use my service time for the educational package, and play at the U-Sports level. It not only changed my life and my career. It helped me meet my future wife.

Carly and I met in a college health education class while I played hockey at the University of Alberta. It was 2013, we didn’t talk much during the class, but we found time to chat as soon as we got out the door.

I worked up enough to talk to her my second year of classes. We were married five years later.

It’s led us to a great life in the Edmonton area, where I work as an assistant coach for MacEwan University. We’re talking about kids, but maybe later. Our dog, Sophie, is now five years old and lights up our lives at home. 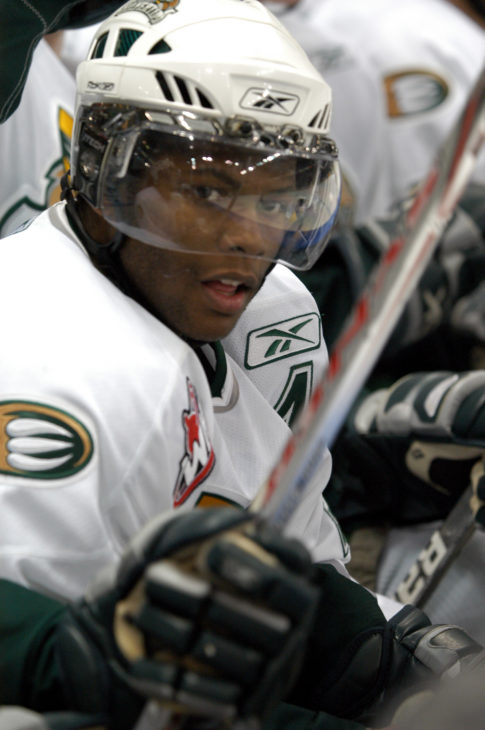 We had a great time soaking in the Stanley Cup Playoffs with the bubble not too far away at Rogers Centre, and also how much pride you see for players who take a stand for justice. The newly formed Hockey Diversity Alliance is amazing and long overdue. I’m proud of those guys for stepping up and becoming leaders. They do amazing stuff. It sends a great message about grassroots hockey development, and proceeds go to anti-racism education, social justice initiatives, youth scholarships, executive and coach training.

It’s amazing that they’re taking the time, energy, and initiative to help the NHL allocate funds and support people of color in growing the game. It’s something I’d like to be a part of and I’ll be reaching out for ways to help in the Edmonton area.

The projects to expand diversity in the NHL are cool. It’s a step in the right direction. And what I hope is everyone joins the voices of those who have been less fortunate, or haven’t had as much of a voice, and move forward together. It’s for youth who won’t have to go through what others have gone through. It’s something I hope that continues to evolve year after year.

What I’m looking forward to is donating my time. Whether it’s at some of these events or grassroots programs, it’s where I can help most. Time and energy are valuable resources. I want kids to see how passionate I am about this sport.

Being involved is where I can help the most.

My parents weren’t rich, but could afford to put me through hockey. Yet, I do know what it’s like being the only black person in a league or on a team and the kind of feeling that comes with it. While maneuvering through those challenges, I also know the friends I’ve gained and lessons I’ve learned in the game are very important, and are something I’ll hold onto for the rest of my life.

Sharing those passions with others and seeing them understand their value are so rewarding. With people of color, there are certain barriers others don’t have. Doing what I can to help to reduce those barriers makes a big difference and it’s something I feel that I’ve been called to. Whether someone wants to make the NHL, or just play to have fun, it’s about creating a healthy outlet to release energy and the values you pick up from being on a team.

The teammates I had, the coaches I had, and the family I had all supported me to get through uncomfortable situations. It was something my parents prepared me for, and by the time I encountered it, I was ready to deal with it. I thank my parents for that. But I also owe a lot of thanks for my coaches who made sure I was treated fairly and with respect. It meant so much. 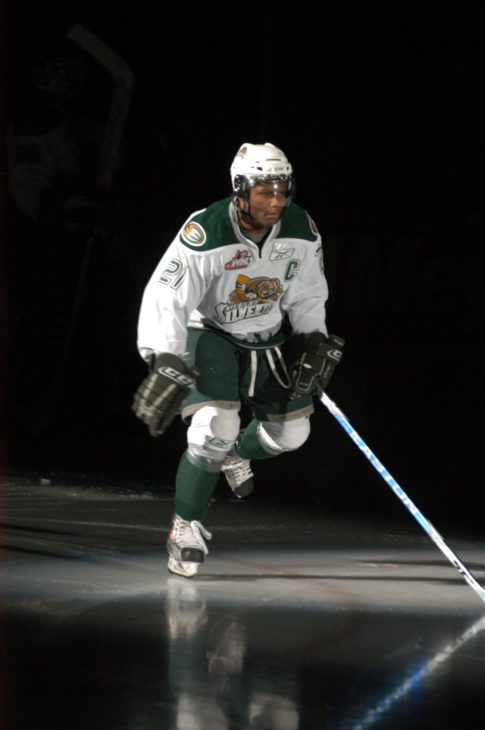 I’ve been posed with the question before of what I would do if I was Commissioner for one day. The biggest barrier is the price of equipment and ice times.

If there was any time to create programs with sponsors who provide equipment and pay fees for ice times, that’s what I see as the biggest challenge. Even if you’re part of a family who makes a decent living, chances are you’re still feeling the financial strain because the cost is so high. Creating a program to provide equipment and ice time would be such a great thing.

What do you tell kids who want to play the game? I share the simple advice and just make sure they enjoy it. It can be a grind. Every day isn’t all sunshine and rainbows. There are hard days. There are hard skates. There will be bad games.

Make sure you love the game and enjoy it, and the rest will fall into place.

As a coach now in the Edmonton area I just want to be a resource for kids to feel comfortable having a talk with. I have their best interest in mind. I’ve been to a lot of places they want to go. All I can do is to speak to what I’ve been through. At school it’s about setting a good example, practice what I preach, treating people with respect, following rules, leading by example, and let them know I’m there for them.

It’s come from my incredible experience as a Silvertip – and I have nothing but positive things to say about Everett.

I came in as an immature, unrealistic kid and left as more well-rounded. I hope!

But all of my coaches taught me a lot. Everyone who was there during my time taught me that hard work is going to take you places. Every coach worked us. But you saw the results of your hard work.

I thank them for instilling hard work into my DNA. I thank them for sharing their style with me, and now I can take the best of each philosophy and weave that into my coaching style. The preparedness – now I’ve taken that as a coach and we have a plan in place. I learned a lot from this organization.

I have a lot to be thankful for.