Chris Mast Photo of the Year 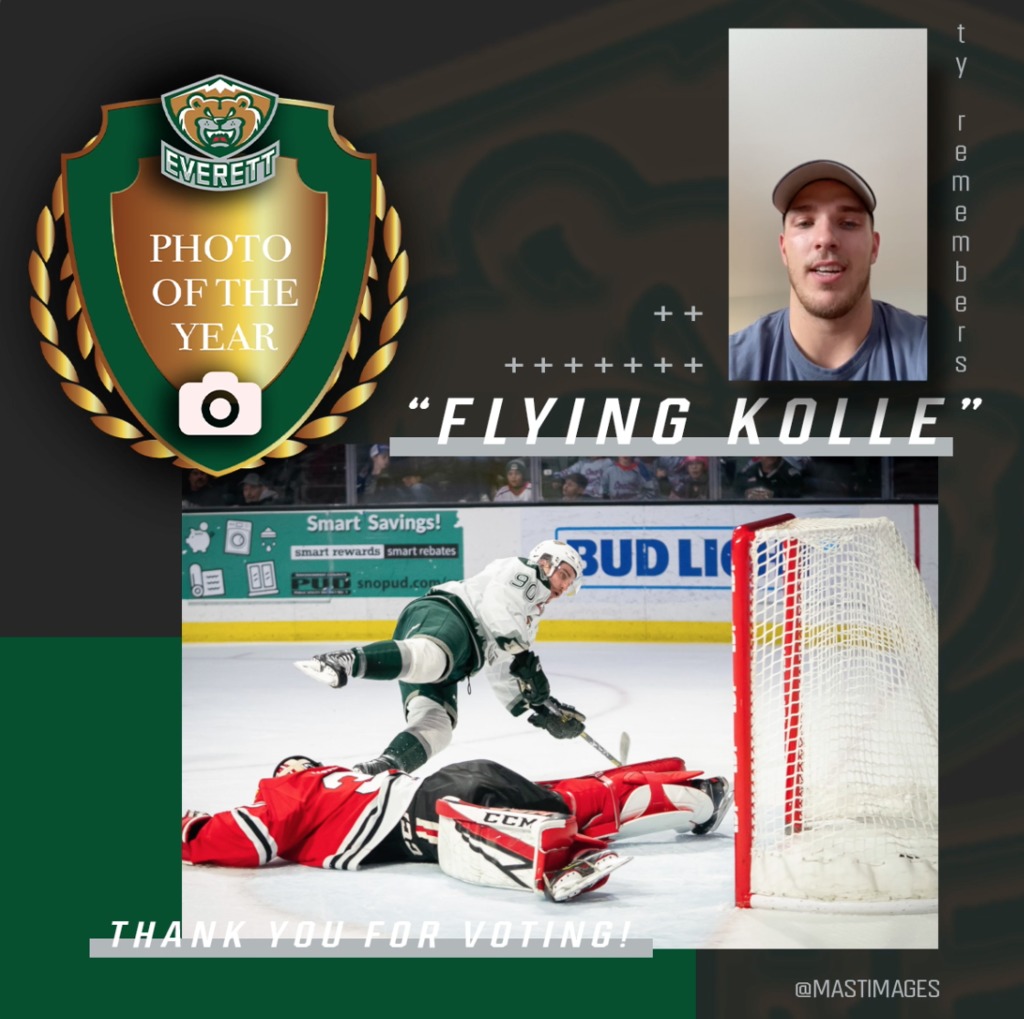 It was a goal that defined intensity and pace in a fierce season rivalry, and it was perfectly captured on camera.

The fans have spoken: Ty Kolle’s “Flying Kolle” goal was voted as the 2019-20 Silvertips Photo of the Year, in a poll with the fans.

The result was decisive. As a runner up, the Teddy Bear Toss leap by Brendan Lee and Aidan Sutter made it all the way to the championship round, outlasting votes through three rounds in a bracket of 16 eligible photos.

We have winners coming up, and they’ll be announced soon:

EACH TIME YOU VOTED:

A goal so “Kolle Blooded,” it deserved an award.

The fans have spoken. “Flying Kolle” has been voted as Silvertips Photo of the Year! 🏆

Item of the Week team store
ITEM OF THE WEEK: Hoodies!
3 days ago