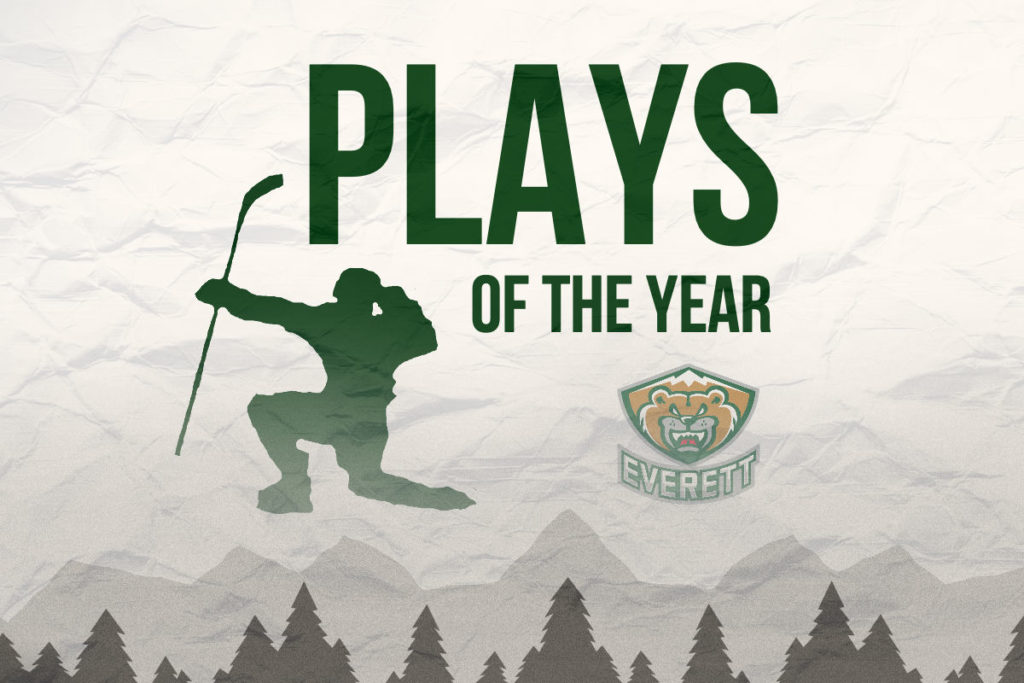 You decide: a play many are calling “their most memorable moment of the year” versus another moment, nobody had seen before.

Welcome to the Silvertips Play of the Year.

Let’s get to it: cast your vote, enter your e-mail address, and you’re entered to win tickets to opening night (winner for the tickets announced after we Tips Play of the Year is crowned).

#1 SEED: Bryce’s OT Buzzer Beater: Many are calling it “the loudest they’ve ever heard downtown Everett.” Does it size up for the Play of the Year? In a captivating scoreless tie with the Silvertips arch-rival, the Seattle Thunderbirds, the night of Mar. 2 in downtown Everett produced plenty of drama before a sellout crowd. The Tips were still in a horse race for the division crown. The Thunderbirds wanted to play spoiler. Kindopp blew the lid off the place when he scrambled and outhustled several Thunderbirds for a rebound to beat a fallen Roddy Ross, shortly before time expired: with just 0.4 seconds left on the clock.

#8 SEED: Jake’s hat trick: Sure, there have been many hat tricks in Silvertips history. But amazingly, in the Tips 16-year history, not one had been scored by a defenseman. That all changed the night of Feb. 9 when the Tips cruised past U.S. Division rival Portland, 5-0 before nearly 7,200 fans and Jake Christiansen became the first defenseman in Tips history to earn a hat trick. Christiansen opened the scoring in the first period, then applied the dagger on the final two goals of the game, late in the second period and 8:08 into the third. The play: a blind, backdoor, behind-the-back pass by Connor Dewar, onto the tape of Christiansen. 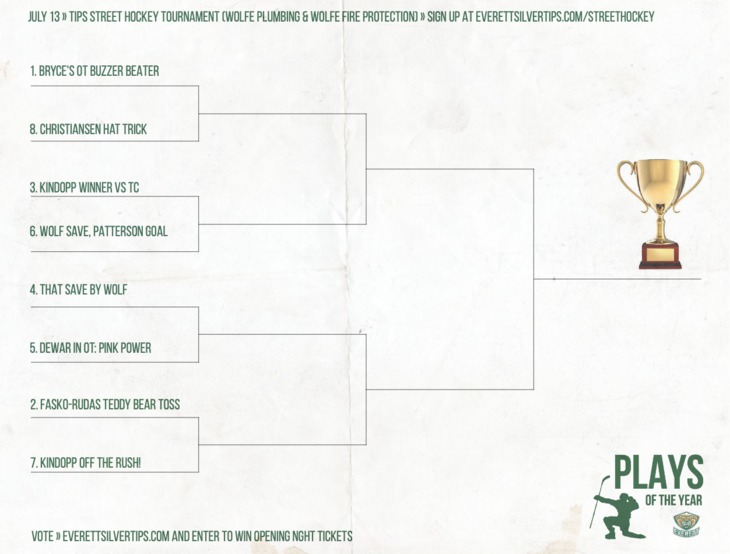