PLAY OF THE YEAR // Final Four, Teddy vs TC Winner! 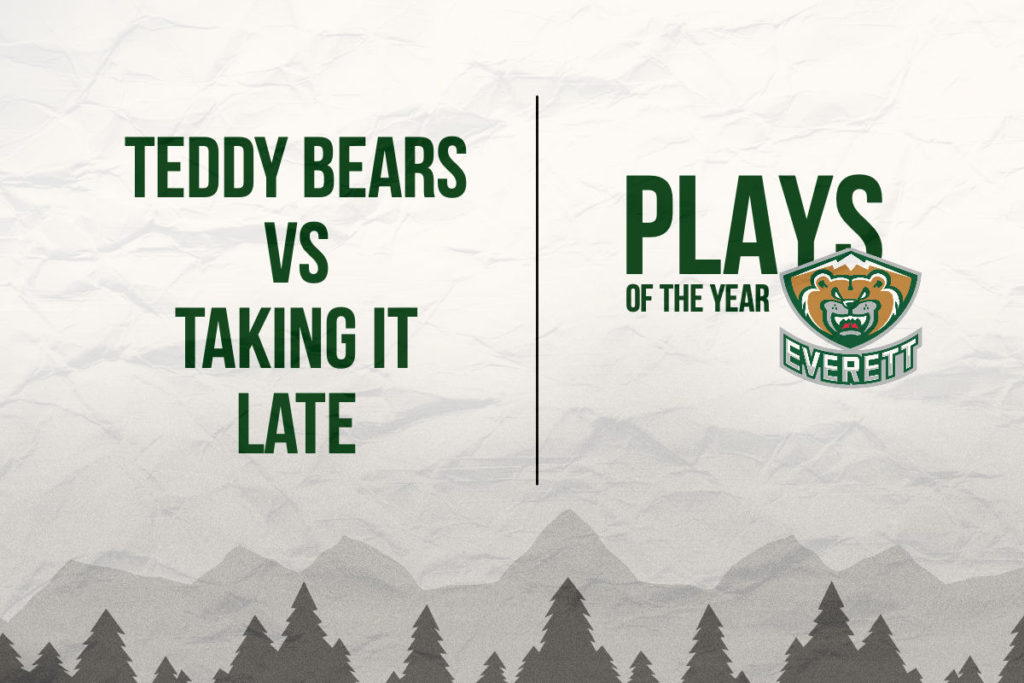 We’re down to the final four. What are you voting for? Fasko-Rudas’ Teddy Bear Toss Goal

What’s your vote? Keep voting: each time you do, you’re entered to win Tips Opening Night tickets. Battle of the OT’s, coming up:

#2 SEED: Fasko-Rudas’s Teddy Bear Toss Goal: Maybe this one didn’t occur from a rocket like slapshot or graceful end-to-end rush, but the moment was still spine tingling. Before a packed house in downtown Everett against the U.S. Division rival Seattle Thunderbirds, Martin Fasko-Rudas scored a much anticipated goal to iginite thousands of stuffed animals onto the ice for charity, and manufacture an amazing spectacle in downtown Everett – unique to the game.

#3 SEED: Bryce’s OT Buzzer Beater: It happened the night before Bryce Kindopp beat the Seattle Thunderbirds with less than one second left in overtime, and perhaps for a bit, Mar. 1 vs. Tri-City was known as the ultimate “gut-it-out” win. The Tips were in a game of an unstoppable force (closing in on another U.S. Division crown) versus an immovable object (Beck Warm had a .941 save percentage against the Tips in the regular season, despite a 3-5 series record. In other words: the Tips were very good at dumping shots on Warm. But Warm was very good at stopping them).