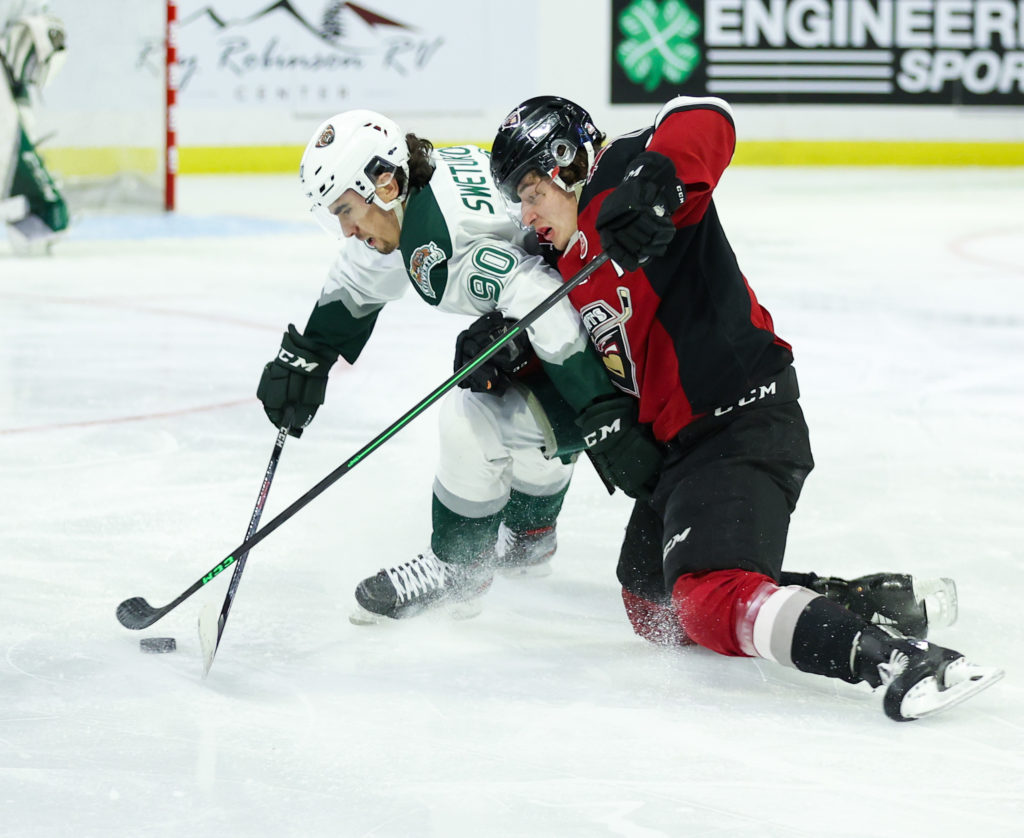 EVERETT, Wash. — The Vancouver Giants rallied from down two in the third period to top the Everett Silvertips in overtime in Game One of the Western Conference Quarterfinal Friday night, stealing a 5-4 victory at Angel of the Winds Arena. Adam Hall netted a hat trick with Fabian Lysell recording five assists in the Giants win.

Ryan Hofer opened the scoring 6:24 into play, redirecting an Olen Zellweger shot from the blueline for an early Everett advantage. Alex Swetlikoff contributed a powerplay goal just before period’s end for a 2-0 lead heading into the first intermission.

Adam Hall registered the first of his three goals on the powerplay, sneaking a shot past Koen MacInnes to get the Giants on the board. Jacob Wright answered minutes later by banging in a rebound for a 3-1 Everett lead.

Colton Langkow potted his first career goal at 19:02, deflecting an Alex Cotton shot from the blueline to once more bring Vancouver to within one.

Niko Huuhtanen registered his first career playoff goal with a rising wrist shot at 2:24 in the third period for a two-goal lead. Vancouver began chipping away with a second powerplay goal off the stick of Hall. With the net empty and 1:20 on the clock, Alex Cotton wired a wrist shot home to send the game to extra time.

Hall completed his hat trick at 9:47 into overtime, unleashing a wrist shot on a rush to secure the 5-4 victory.

Game Two is slated for Saturday night at 6:05 p.m. at Angel of the Winds Arena. Tickets are available by clicking HERE.