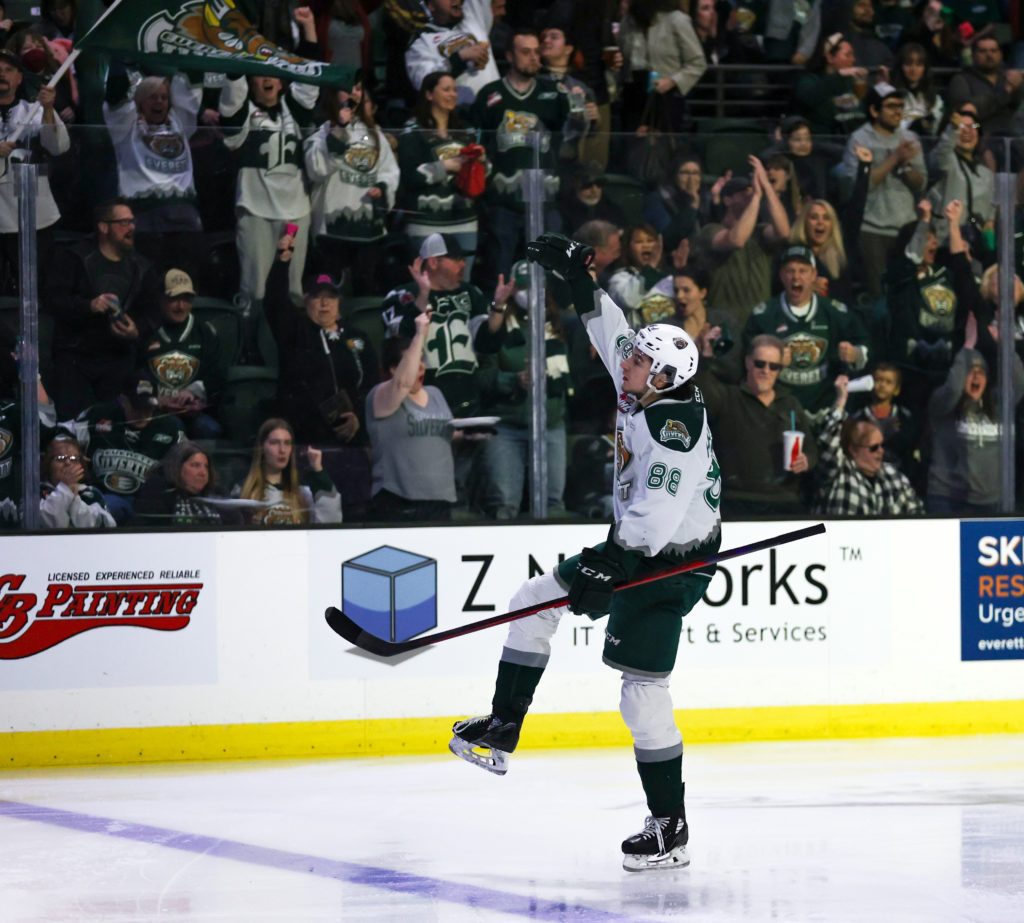 EVERETT, Wash. — Niko Huuhtanen logged four points in a dominant 7-3 victory for the Everett Silvertips as they evened their Western Conference Quarterfinal series against the Vancouver Giants.

Huuhtanen opened the scoring with a powerplay goal just 1:26 into play, rocketing a one-timer past Vancouver netminder Will Gurski for an early Everett advantage. Ryan Hofer would extend the lead at 15:09, collecting his own rebound after a blocked shot on the rush to pot his second goal of the series. Jacob Wright contributed a goal less than two minutes later, tapping in a backdoor pass after a feigned slap shot attempt by Huuhtanen for a 3-0 lead.

Ethan Seminiuk would get the Giants on the board with a 5-on-3 powerplay goal just 23 seconds into the middle frame. Olen Zellweger responded for the Silvertips at 8:07, wiring a wrist shot from the center of the blueline for his first career playoff goal.

Mazden Leslie buried a rebound goal at 13:25 for Vancouver for a 5-2 score after two.

Michal Gut built on the Silvertips’ lead 3:20 into the third period with a powerplay tally, with Ronan Seeley tacking on a seventh goal at 7:44. Though Alex Cotton would net a powerplay goal for Vancouver in the waning seconds of the contest, Everett would skate away with a 7-3 victory.

Braden Holt stopped 29 of 32 in the victory.

“It feels great, we’ve been waiting a long time for this,” commented Silvertips co-captain Ronan Seeley. “Vancouver is built for the playoffs, they’re a big team. We responded well, we stick up for each other out there and we’re not backing down. I’m really happy with the group.”

Niko Huuhtanen was named the WHL’s First Star of the Night for his two-goal, two-assist performance.

The series now shifts to Vancouver for Games 3 and 4. The Tips and Giants will face-off at 7 p.m. Wednesday night at Langley Events Centre. They return home for Game 5 next Saturday at 6:05 p.m. Tickets are available by clicking HERE.