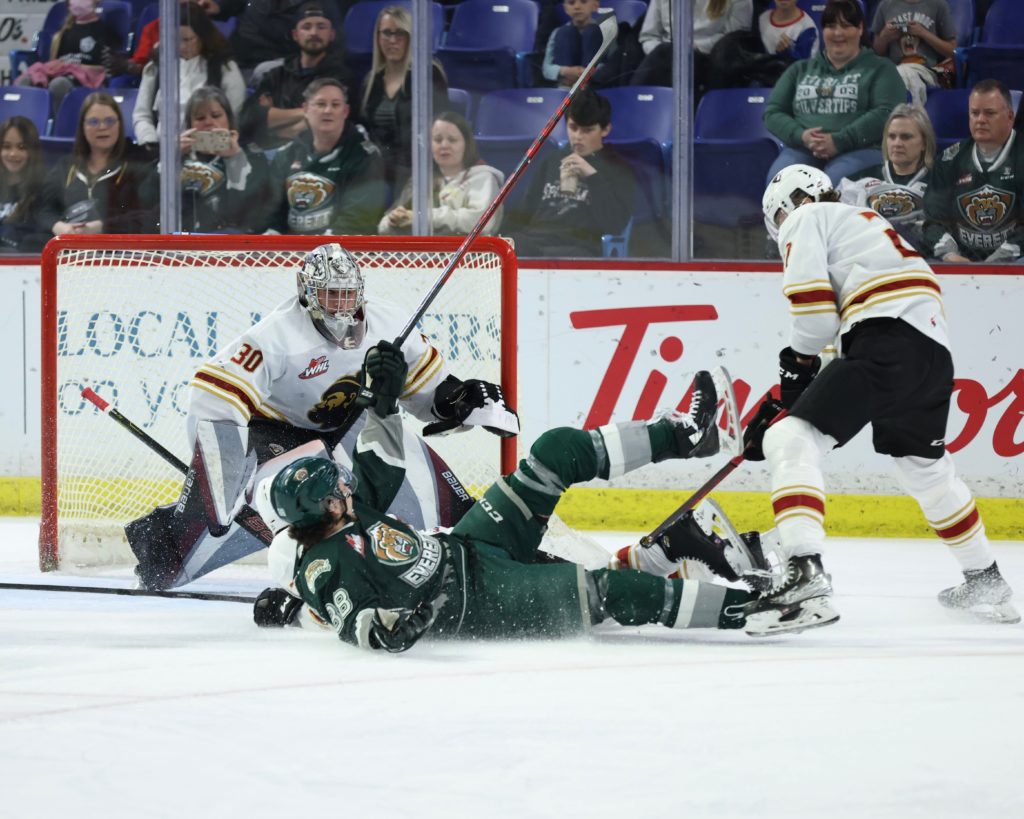 Adam Hall opened the scoring for Vancouver 3:18 into play, marking the first instance of the Giants playing with a lead in the series. Everett responded with three unanswered goals, two off the stick of Jacob Wright. Wright’s second goal and Ryan Hofer’s goal at 11:16 both came while on the man advantage. Zack Ostapchuk netted a powerplay goal for the Giants to bring the score to 3-2 Silvertips after one.

Vancouver rallied for the lead in the second period, with Ty Thorpe and Alex Cotton both finding the back of the net, chasing Braden Holt from the crease. Though Hunter Campbell would knot the score at four at 9:48, Cotton would strike again while on the powerplay to reclaim the lead for the Giants. Fabian Lysell contributed a breakaway goal for a 6-4 Vancouver lead after two.

Wright completed the hat trick seconds into the third period, wiring in a shot from the hashmarks for his fifth goal of the series. Olen Zellweger would tie the game at 4-on-4, firing a one-timer past Jesper Vikman at 2:49.

Ostapchuk registered his second goal of the game on the powerplay for a 7-6 Vancouver advantage at 5:55. The Giants extended their lead to 8-6 at 6:40 as Colton Langkow re-directed a shot in the crease for his second goal of the series. Lysell brought the lead to 9-6 with a breakaway goal midway through the third. Evan Toth’s first playoff goal brought the score to 10-6. Kyle Bochek tacked on the 11th goal of the game for Vancouver.

The 11-6 final ranks as the highest combined scoring playoff game in Silvertips history.

The series returns to Everett Saturday night for Game 5 (Ticket C) at Angel of the Winds Arena at 6:05 p.m. Tickets are available by clicking HERE.