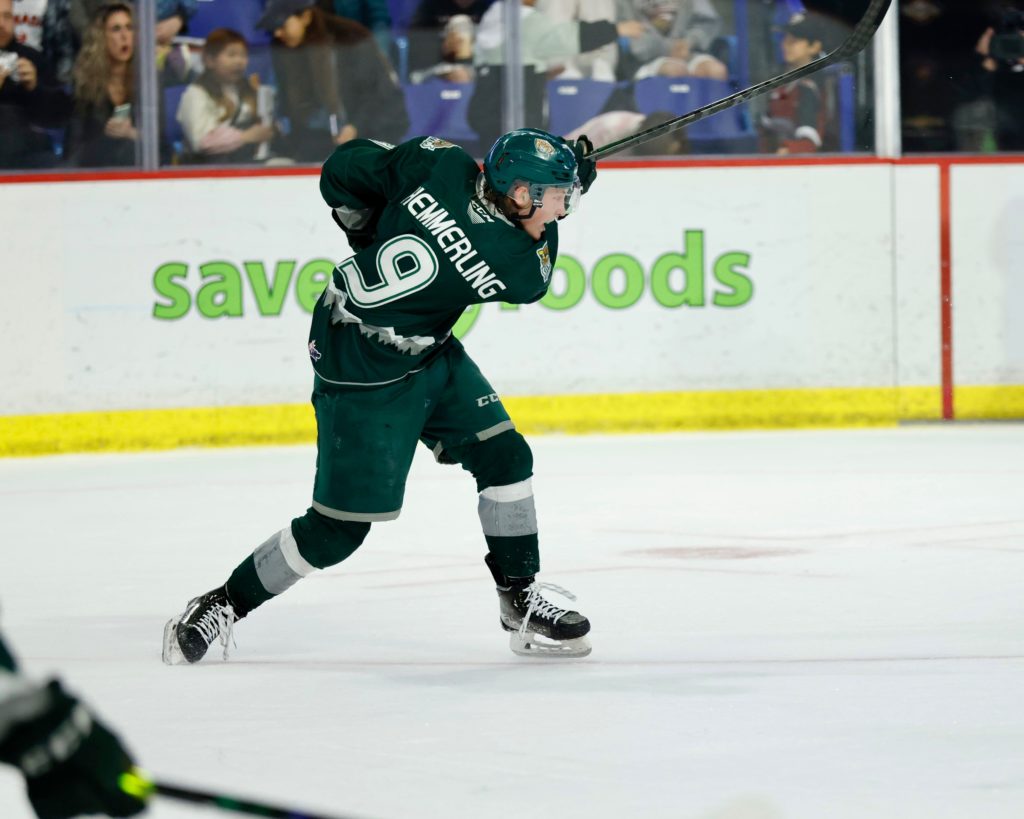 LANGLEY, B.C. — The Everett Silvertips have officially been eliminated from postseason contention, as the Vancouver Giants took Game Six of the Western Conference Quarterfinal by a 6-3 score.

The Vancouver Giants struck first with a too many men penalty taken by the Silvertips in the opening minute. Connor Horning fielded a cross-slot pass to pot his second goal of the series. Alex Cotton netted a powerplay goal two minutes later to give Vancouver a 2-0 advantage. Mazden Leslie extended the lead to 3-0, slipping through the Silvertip defense at 11:43 in the first.

Ben Hemmerling would break through for the Silvertips at 12:40 in the second period, re-directing an Olen Zellweger shot for his first career playoff goal. Zack Ostapchuk would score the eventual game-deciding goal in response, however, at 17:51 in the middle frame.

Though Ryan Hofer would pick up his sixth goal of the series at 10:00 in the third- tying a Silvertips single-series record- Damian Palmieri and Adam Hall would officially put the game out of reach with goals for the Giants.

Jonny Lambos would net the final goal of the game for the Silvertips at 18:35. Hunter Campbell and Alex Swetlikoff, in their overage season with Lambos, were on the ice for the final goal.