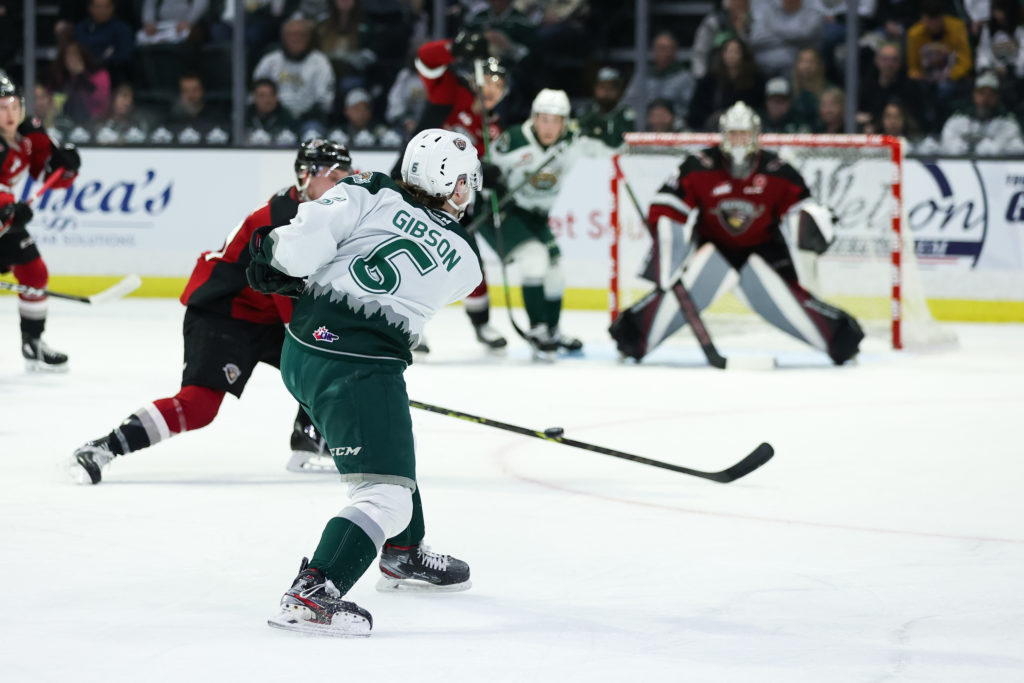 EVERETT, Wash. — The Vancouver Giants shut out a shorthanded Everett Silvertips unit at Angel of the Winds Arena Saturday night, grabbing a 3-2 series lead in the Western Conference Quarterfinal. Jesper Vikman stopped 50 shots on goal, a career high in saves for the Vegas Golden Knights prospect.

Adam Hall scored the lone goal of the first period at 10:42, collecting a loose puck in his own zone after a face-off and charging down the length of the ice to beat Braden Holt for his sixth goal of the series.

Everett applied pressure throughout the contest, including a 24-shot performance in the second period- the most shots on goal generated by either team in a single period over the entirety of the series to date. The Silvertips, already without regular season goal-scoring leader Jackson Berezowski and points-per-game leader Michal Gut heading into the game, suffered a pair of injuries early in the middle frame. Ryan Hofer was ushered off the ice following a blocked shot up high, while Niko Huuhtanen had to be helped down the tunnel after Giants captain Zack Ostapchuk awkwardly tumbled on top of Huuhtanen in the neutral zone.

Despite the personnel losses, Everett still held the shot advantage 40-23 after two periods.

The score would hold until 7:48 in the third period, as Fabian Lysell tapped in a loose puck after a sprawling Holt save for his fourth of the series. Connor Horning would ice the game with a powerplay goal as Holt had begun to make his way to the bench for an extra skater.

“I thought the effort was tremendous,” praised Silvertips head coach and general manager Dennis Williams following the game. “I thought the whole team worked extremely hard. We got 50 shots and just couldn’t buy one…that’s just playoff hockey. It wasn’t for a lack of effort, it was just one of those nights.”

“We’re going to go [into Monday] thinking we’re going to win on the road and make our way back here to Everett [for Game Seven].”

Game Six is scheduled for Monday at Langley Events Centre at 7 p.m. PDT. Game Seven, if necessary, will be played Wednesday night at Angel of the Winds Arena at 7 p.m. PDT.