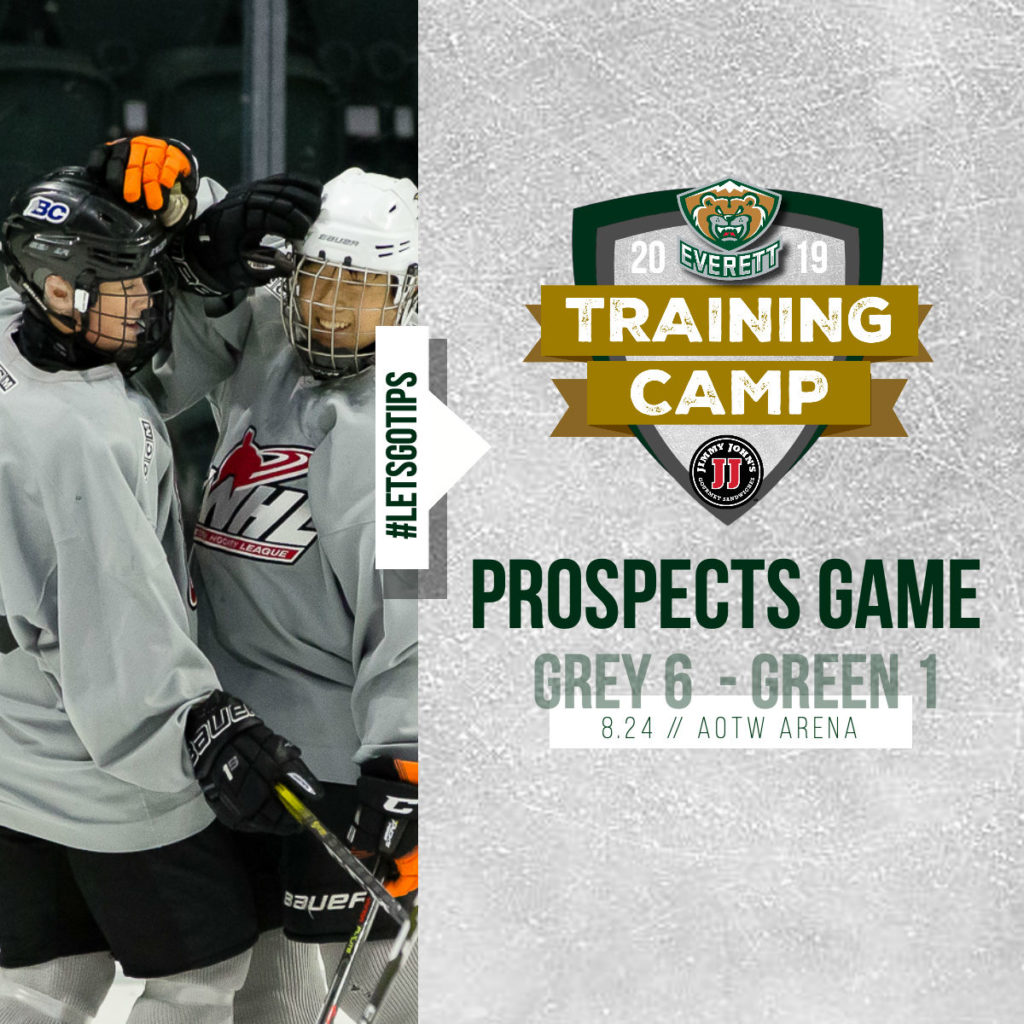 EVERETT, Wash. – Colby Busche’s hat trick and Austin Roest’s two goals powered Team Grey to a 6-1 win over Team Green in the 2019 Prospects Game, a part of Silvertips Training Camp presented by Jimmy John’s on Saturday at Angel of the Winds Arena in downtown Everett.

Team Green moved ahead 1-0 in the battle of the ’04 born prospects, with about five minutes elapsed in the game when Luke Lavery converted on a penalty shot. Team Grey made the game all square, 1-1 with 4:40 left in the first half when Busche converted on a tape-to-tape feed at the right circle.

The tie held up into the second half and early stages, when the Grey prospects erupted for five second half goals. Forward James Hong and Busche (second goal) scored a pair of quick back to back goals, nearly 5:30 into the half for a 3-1 lead, followed by Roest’s first of two goals with 18:05 left when he banged in a quick feed at the base of the left circle.

Hong set up Roest’s second goal of the day for a 5-1 Grey prospects lead with 12:40 left when Roest took the feed and wired a wrist shot from between the circles.

Busche finished off the scoring with his hat trick, a snap shot from the right circle and off the rush with 7:20 left.

The Tips conclude Phase 1 of training camp on Sunday in the annual Green vs. Grey Game, Noon at Angel of the Winds Arena. Admission is free of charge, offering general admission seating in the arena’s lower bowl (doors will open at 11:30 a.m.).