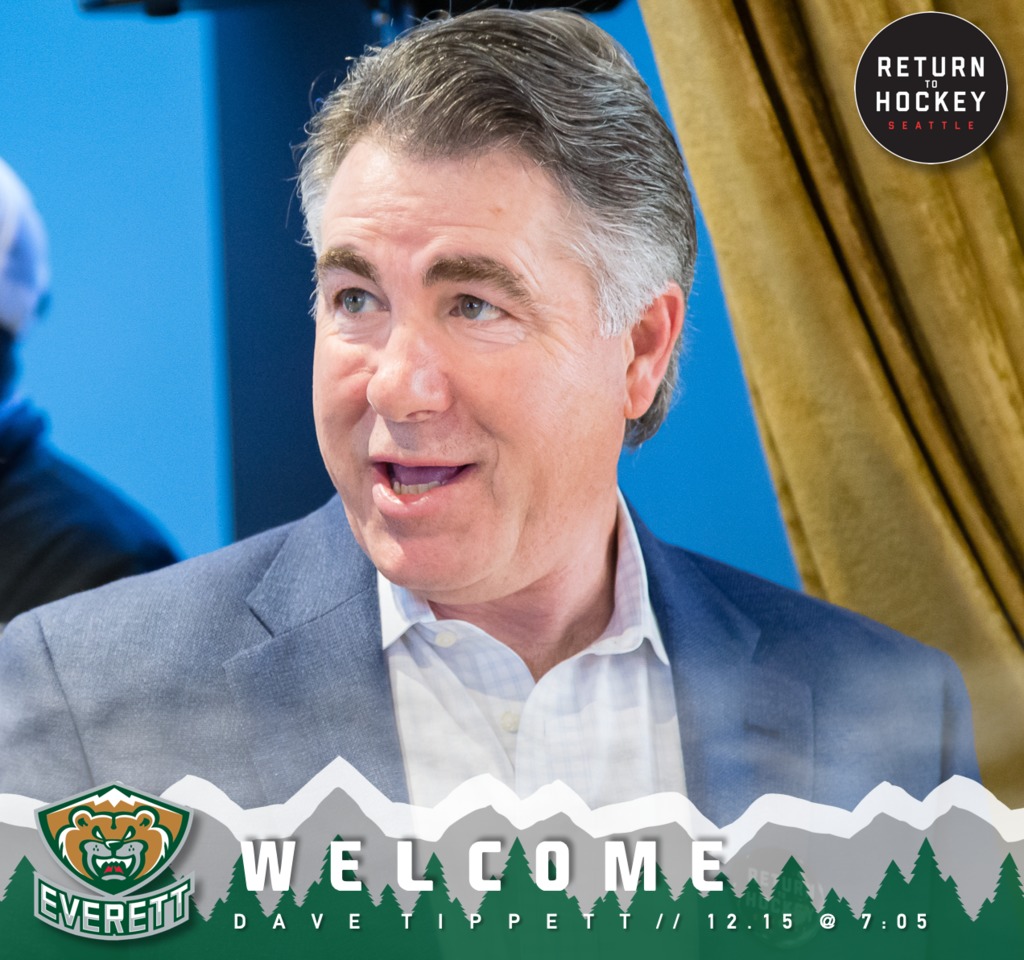 Tippett and NHL Seattle will be honored by the Silvertips and their fans with a special pre-game tribute before the game’s opening face-off, in recognition of the National Hockey League granting expansion on Dec. 4 to the city of Seattle, Wash., as the league’s 32nd team, which is set to begin play in 2021-22.

Tippett is in his first year as Senior Hockey Advisor to the NHL Seattle group, serving the organization with development of its hockey operations infrastructure. He has 14 years of experience as an NHL head coach with Arizona and Dallas, earning the Jack Adams Award in 2009-10 as head coach of the Coyotes and helping lead teams to three division titles.

Tippett carries an all-time record of 553-413-28-120 (W-L-T-OTL) as head coach at the NHL level, guiding his teams to eight appearances in the Stanley Cup Playoffs and berths in a pair of Conference Finals. He started his career behind an NHL bench with the Los Angeles Kings, serving as an assistant coach from 1999-2001 while helping guide the Kings to the Stanley Cup Playoffs in all three seasons.

The native of Moosomin, Saskatchewan, skated for 11 years in the NHL as a forward with the Hartford Whalers, Washington Capitals, Pittsburgh Penguins, and Philadelphia Flyers with 262 points (93g-169a) in 721 career games and 14 games of additional experience in the Winter Olympics with Team Canada. He suited up in 62 career games in the Stanley Cup Playoffs, earning 22 points.

On Saturday night, the Tips will host Teddy Bear Toss presented by Jersey Mike’s Evergreen Way and in association with Les Schwab Tires, Broad Stroke Associates, Christmas House and Warm 106.9. The Silvertips Teddy Bear Toss, a renewed tradition, is designed to collect new or gently used stuffed animals to donate to support the Christmas House organization along with distribution assistance from WARM 106.9’s Teddy Bear Patrol. Once the Silvertips score their first goal of the evening, fans in attendance are encouraged to throw their teddy bears onto the ice, to be collected and distributed to Christmas House and WARM 106.9 in support of underprivileged families and children during the holiday season.

UP NEXT: The Silvertips take on the Vancouver Giants on Friday, Dec. 14 at 7:35 p.m.,in a battle between both first place teams in the Western Conference.  The Western Conference-leading Silvertips return home for Teddy Bear Toss on Saturday, Dec. 15 against the Seattle Thunderbirds at 7:05 p.m. (1380 AM / 95.3 FM / Tips App / WHL Live) in downtown Everett. Tickets remain on sale at www.everettsilvertips.com/teddybeartoss.