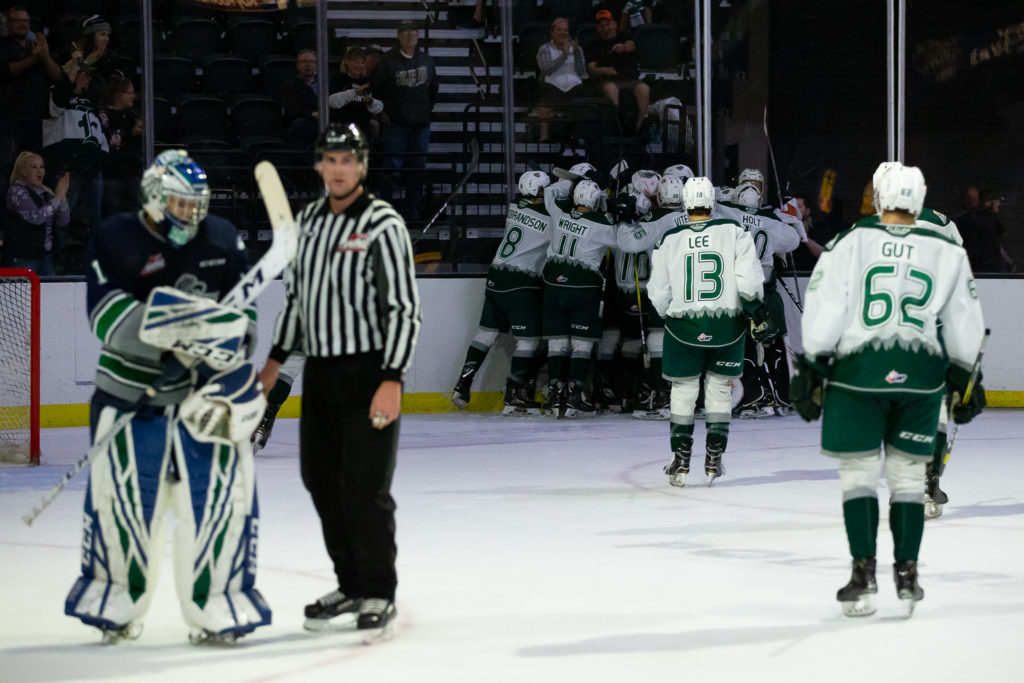 The Silvertips completed three games in three days with three victories, closing out the Delta Hotels Preseason Classic with a 3-2 OT win over the Seattle Thunderbirds.

Jake Christiansen on how it felt to win three games in three nights:

“Feels great. We had a hard-working team at practice, so it feels good to have that pay off. We can’t just flip the switch when the season starts, so we’ve been working hard for this and it feels good.”

Christiansen on what he’s looking forward to this season:

“I’m looking forward to it, we have a good group of guys so I’m excited to see what we can do.”

“It shows a lot of character for our team, there’s a lot of hockey there so it’s pretty sweet. It really shows that the young guys are committed, and the vets are committed.”

Kindopp on what he’s looking forward to this season:

“Good effort by our group. Three in three is hard. We’ve been going pretty hard since we got here and haven’t really had a day off. I’ve been really proud of the way they’ve come everyday ready to compete. Whatever game you’re playing whether it’s a scrimmage or preseason (etc) you want to win. They get a well-deserved day off tomorrow.”

“I thought he really settled in, [we] didn’t give up too many shots in the first two periods and throughout. He was really sound and solid and it was good to see how he battled and stayed in the game to give us a chance to tie it up.”

“Pretty exciting I guess. My first one in Everett. It was a great team effort and a great way to end the weekend.”