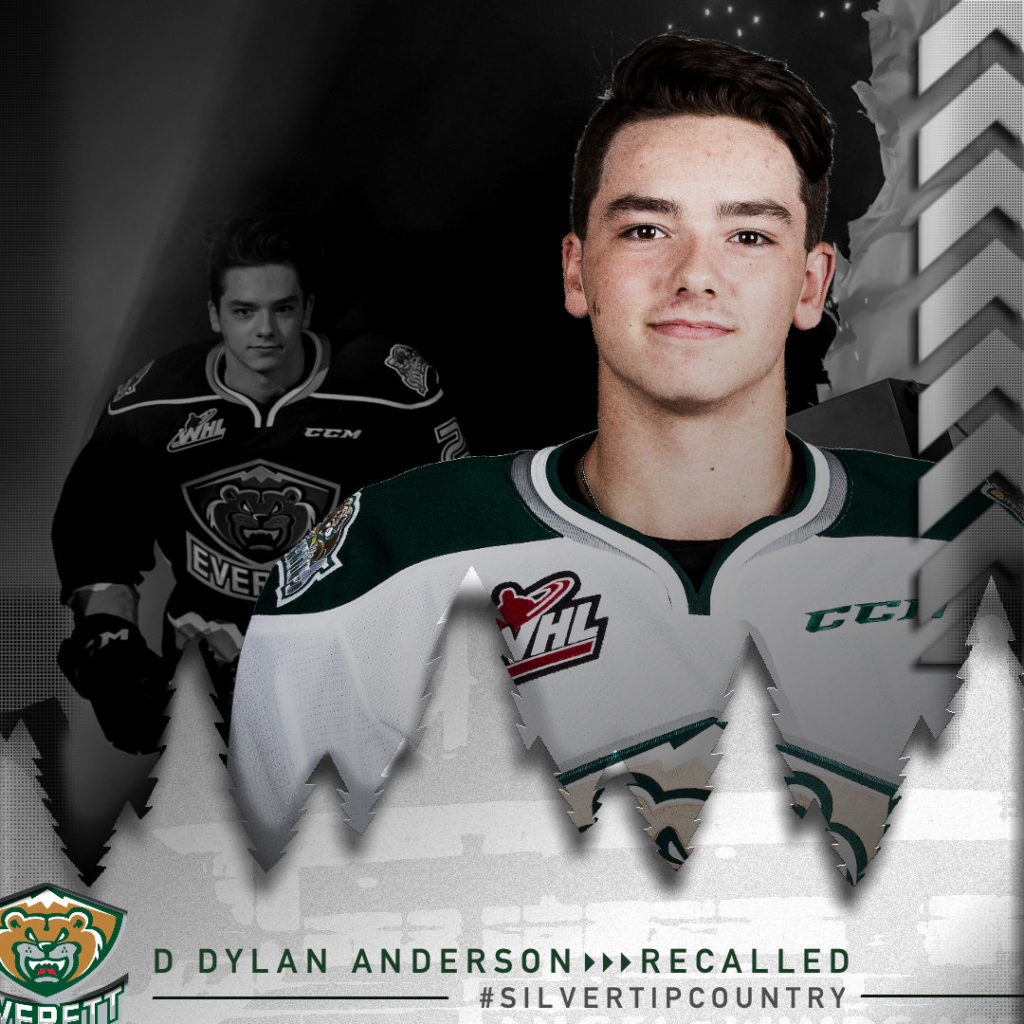 Anderson, a 2002-born defenseman, led all blueliners and was third on the program with 27 points (5g-22a) in 30 games while racking up 98 penalty minutes. He was third in postseason points (7) in four games. Anderson also appeared in one game with the Tips this season and added an assist in three games with the Vernon Vipers (BCHL).

The Langley, British Columbia native made his WHL debut with the Silvertips in 2017-18 with two penalty minutes in one game and was originally selected by the Silvertips in the fourth round (75th overall) in the 2017 WHL Draft.