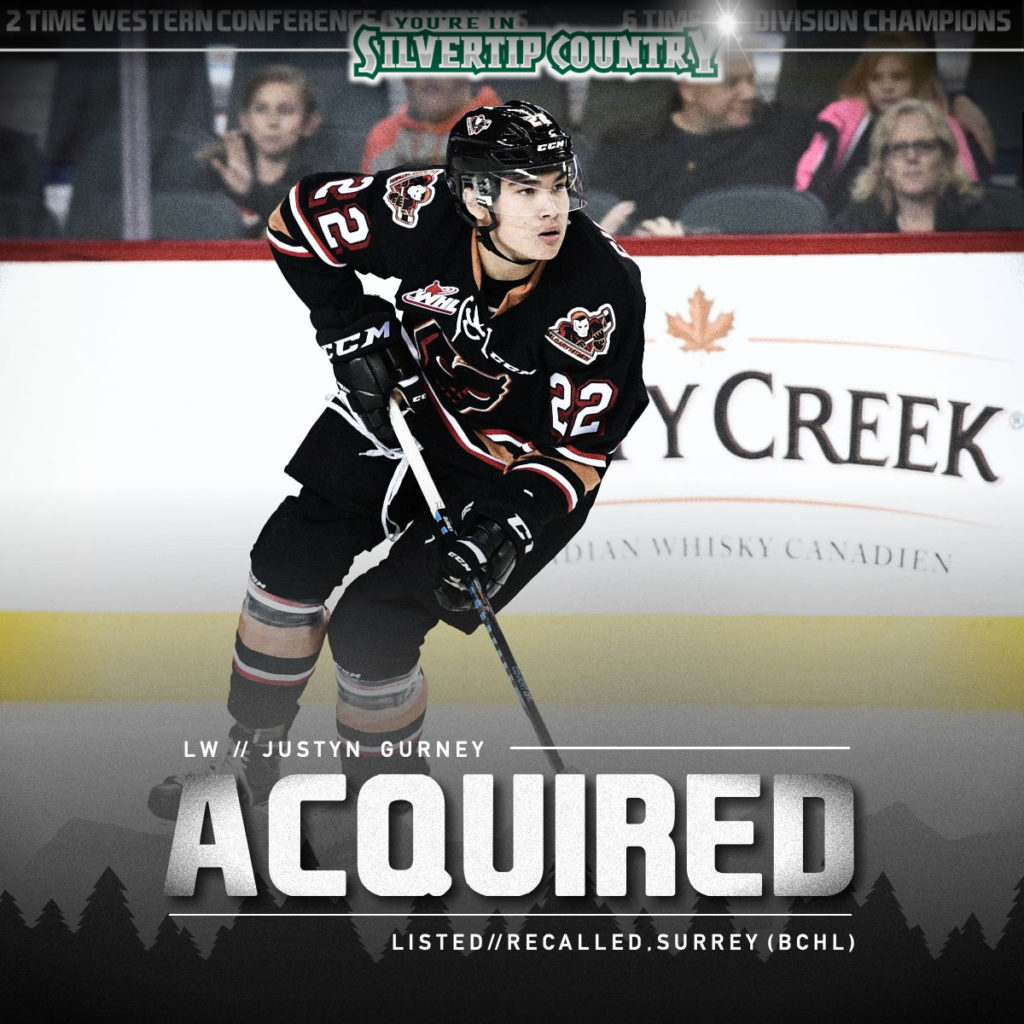 Gurney, a 2000-born forward, has compiled 13 points (6g-7a) in 23 games this season with Surrey along with 75 penalty minutes. The 6-foot-2, 188-pound forward additionally suited up in one game this season for the Regina Pats and last year earned a goal and three assists in a WHL career-high 54 games with the Calgary Hitmen.

The native of Delta, British Columbia has suited up in 86 career WHL games with three goals and five assists, along with 78 penalty minutes with Calgary and Regina. He was originally selected by the Hitmen in the sixth round (117th overall) of the 2015 WHL Draft and was listed by the Silvertips on Dec. 13, 2018.s

Gurney will be assigned jersey #22 with the Silvertips.

The Silvertips next face the Tri-City Americans on Friday, a 7:05 p.m. (KRKO / Tips App / WHL Live) road game at Toyota Center and return home this Saturday against the Americans at 7:05 p.m. in downtown Everett. Tickets for Saturday’s game, along with a 4:05 p.m. Sunday home game against the Kamloops Blazers are available at www.everettsilvertisp.com/tickets.

Tickets are available at www.everettsilvertips.com/tickets.