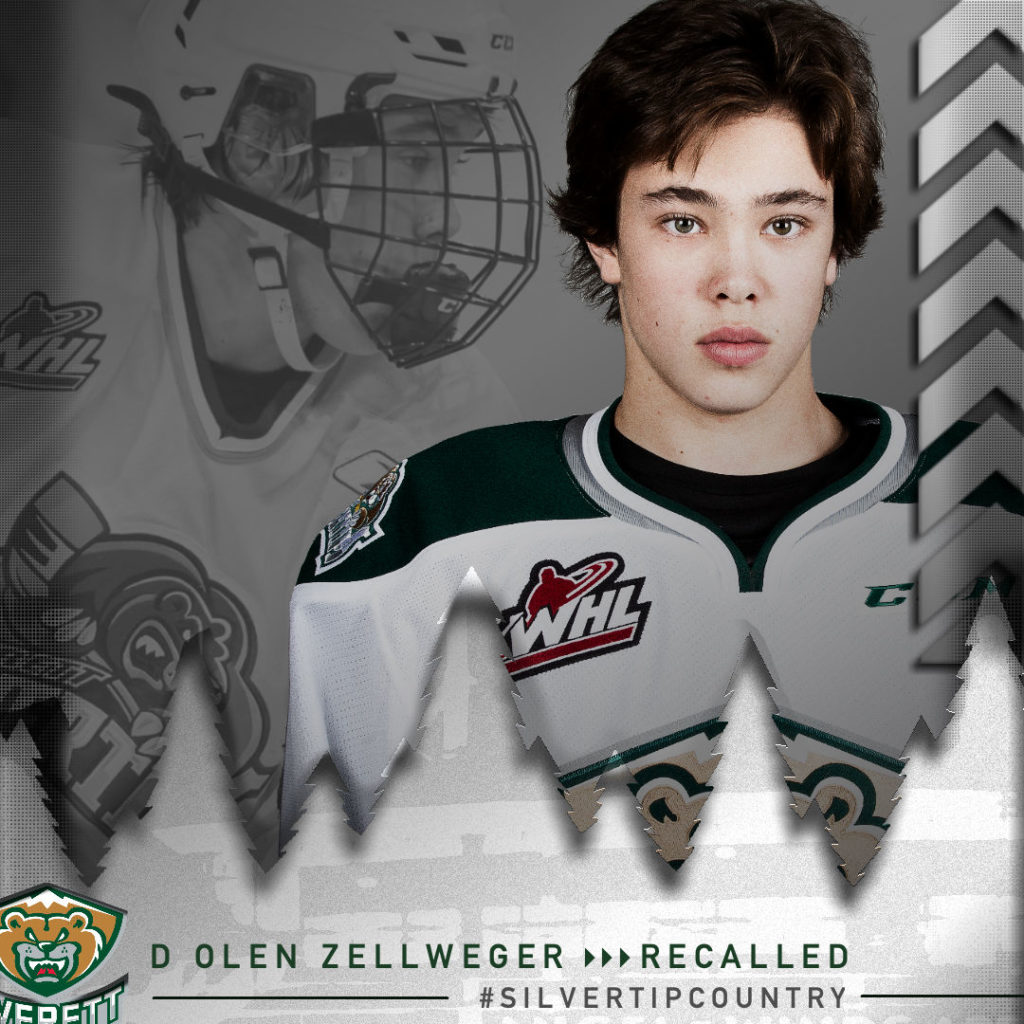 Zellweger currently leads all defensemen across the league and is sixth in league scoring with 21 points (7g-14a) in 24 games, and is sixth overall in assists (14). The late 2003-born defenseman appeared in one pre-season game with the Silvertips this season and was named to the U16 Team Alberta squad for the upcoming 2019 Canada Winter Games, Feb. 15-Mar. 3 in Red Deer, Alberta.

The native of Fort Saskatchewan, Alberta signed a WHL standard player agreement with the Silvertips on Aug. 28 and was the first player selected by the Tips in the 2018 WHL Draft, a second round selection (42nd overall).

Zellweger led OHA Edmonton Bantam Prep (CSSBHL) for scoring among defensemen with 32 points (10g-22a) in 30 games last season, while adding five points (3g-2a) in five postseason games and helping guide the program to a league title. He carried eight multi point games through the regular season from the blueline. He also skated in the Alberta Cup (Team Edmonton Blue) and earned a goal and an assist in five games. He also helped guide the Fort Saskatchewan Rangers (Bantam AAA) to the Alberta Major Bantam league title in 2016-17 when he had 13 points in 36 games.

The Silvertips exit the holiday break with the second most points in the WHL, ranked #5 in the CHL Top 10. The Tips return to play Friday, Dec. 28 at Spokane beginning at 7:05 p.m. (KRKO / Tips App / WHL Live) and return home the next evening at 7:05 p.m., hosting the Prince George Cougars in downtown Everett. Tickets are available at www.everettsilvertips.com/tickets.