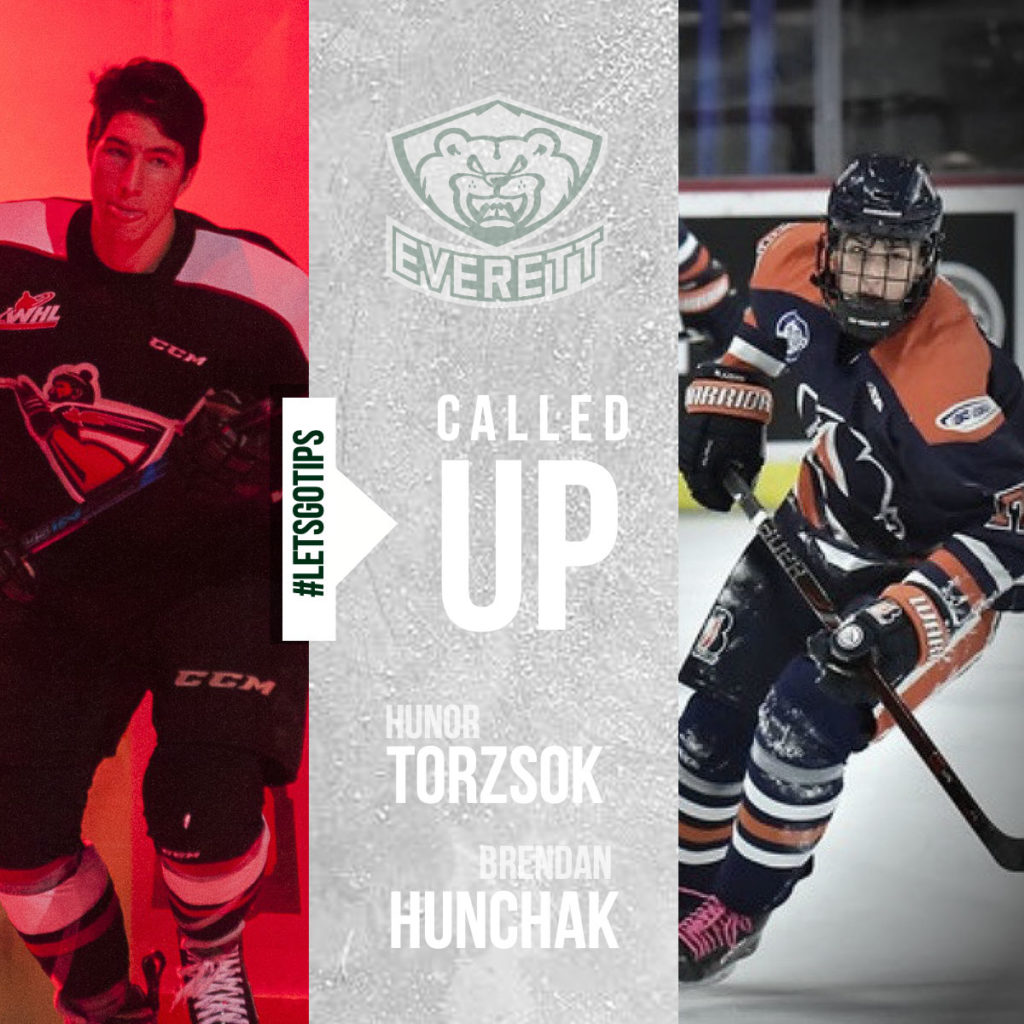 Torzsok, a 2000-born forward who turned 20 on Feb. 1, has 19 points and leads the Centennials with 16 goals in 35 games this season, while added to the Silvertips protected list. The 6-foot-2, 201 pound forward has 37 games of experience in the WHL with the Vancouver Giants, scoring a goal and adding three assists with 30 penalty minutes. He suited up in a career 25 games with a goal and an assist in 2017-18 while recording 13 penalty minutes.

Born in Budapest, Hungary and carrying dual citizenship between Canada and Hungary, Torzsok made his WHL debut with the Giants in 2016-17 and scored his first career WHL goal on Mar. 3, 2018 against the Kamloops Blazers.

Hunchak, 17, was signed by the Silvertips to a WHL standard player agreement on Feb. 5, 2020 and has 19 points (6g-13a) in 34 games this year with the Thompson Blazers (BCMML). The 6-foot, 150 pound forward earned a goal in three games last season for the Blazers, and also was second on Thompson’s minor midget club with 41 points (19g-22a) in 27 games, along with earning five points in six postseason games and BCMIML Player of the Month honors in November.

The native of Kamloops, British Columbia was also second on the Blazers BCMIML club last season with 22 assists and was tied for second with three playoff assists. Hunchak appeared in training camp with the Silvertips this season and earned a spot in the lineup at the Tips annual Green vs. Grey Game, concluding Phase One the training camp period.

Hunchak’s father, Dave, worked ten seasons in the WHL on the coaching staffs of the Swift Current Broncos, Moose Jaw Warriors, and Kamloops Blazers from 2004-14 and carries five seasons of head coaching experience in Moose Jaw (2007-11) and Kamloops (2013-14).

UP NEXT:  The Tips will return to AOTW Arena on Friday, February 14th when they take on the Seattle Thunderbirds at 7:35 PM. Union Solidarity Night and Valentine’s Day also present Hockey Happy Hour presented by Broad Stroke Associates, with doors opening at 6pm.