RECAP / Against the Grain 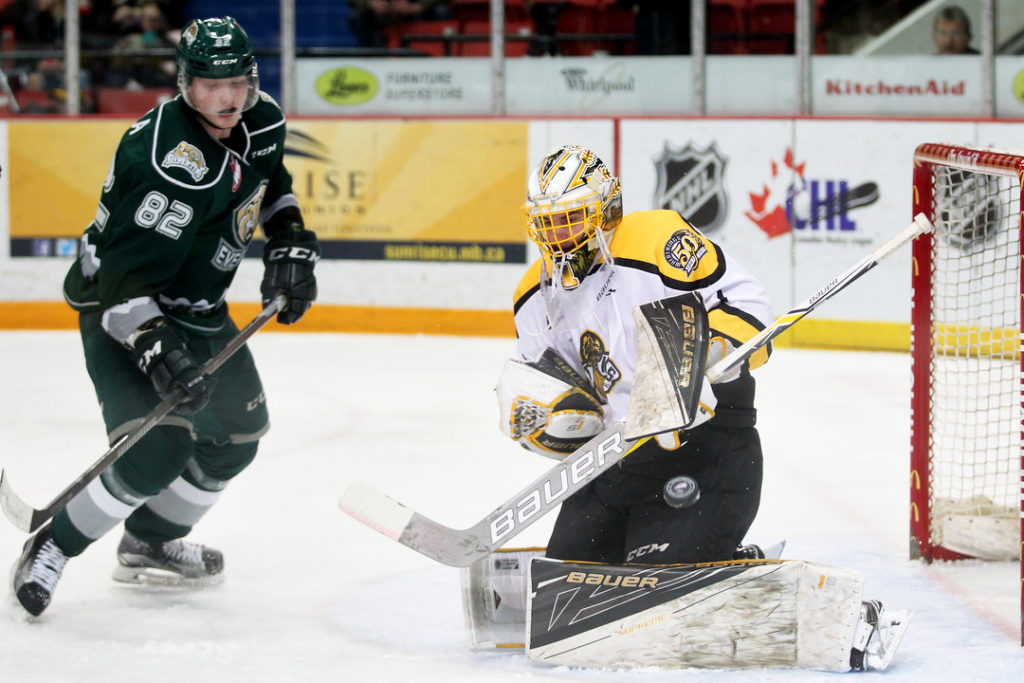 BRANDON, Manitoba – Logan Thompson recorded 34 saves while Tyler Coulter’s power play goal in the first period stood as the winner, as the Everett Silvertips took a 2-1 defeat from the Brandon Wheat Kings before 4,866 fans at Westman Place on Friday.

Eetu Tuulola’s third period power play good was the only marker for the Silvertips, who pumped 18 shots in the first period of play while goaltender Mario Petit, slated to start for the first time in his WHL career within his home province, stopped 27 shots and the final 20 he saw in the last 40 minutes.

Rylan Bettens put Brandon up 1-0 on a deflection at the net just 2:06 into the game and after the Tips came wave after wave to the Brandon net, Coulter slammed a quick one-timer from between the circles to the back of the net with 35.1 seconds left in the period on a set up by Stelio Mattheos

Petit’s dazzling save on Nolan Patrick kept the Silvertips in the game early in the third period kept the score within reach, and Tuulola cashed in on the Tips’ fifth power play at 4:31 of the third period. Aaron Irving connected with Noah Juulsen on a point-to-point feed, and Juulsen’s blast caromed off Tuulola for a power play marker.

The Silvertips fell short for the bid for a 2-2 tie in the last two minutes of regulation with an extra attacker, and Brandon became the first home team to win a game in the series since 2008, also ending the Silvertips three game win streak in the matchup.

NOTES: Silvertips scratches included Ian Walker, Montana Onyebuchi, and Bradly Goethals … Irving’s assist moved him to within four of 100 in his WHL career … the Silvertips record, all-time against Brandon, fell to 8-4-0-1 … Juulsen returned to the lineup after missing the previous nine games.