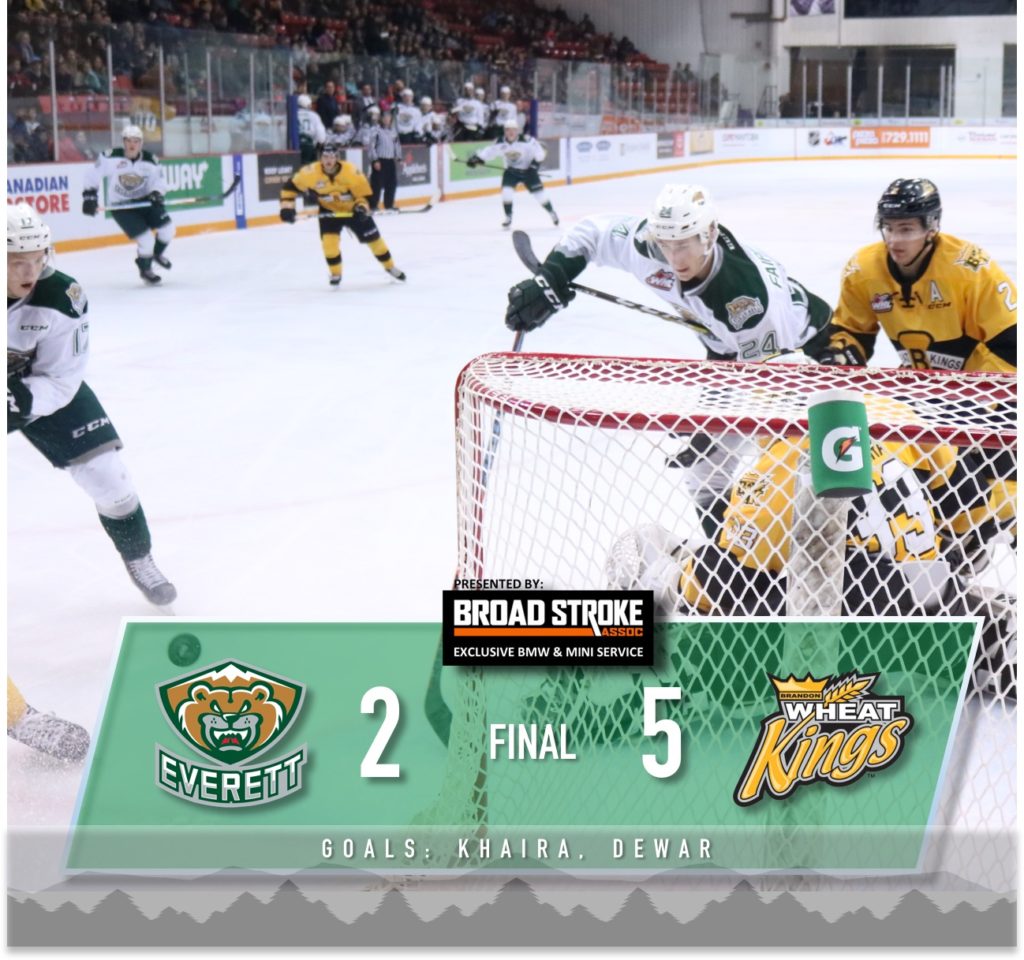 BRANDON, Manitoba – Stelio Mattheos earned a hat trick and goaltender Jiri Patera turned away 36 shots to pace the Brandon Wheat Kings past the Everett Silvertips, 5-2 before 4,346 fans at Westoba Place on Friday night in WHL action.

Sahvan Khaira and Connor Dewar accounted for both Silvertips goals, on the power play, while the Silvertips dropped their first game of the six-game trip through East Division hosts. Lynden McCallum scored twice for Brandon, who bounced back from their first loss in regulation this week.

Patera set the tone with a big save on Dewar in the early minutes and McCallum put Brandon up 1-0 at the 8:09 mark, followed by Mattheos’ walk-out, snap shot from the left circle with 8:39 left for a 2-0 cushion, moments after the Tips fell short on a two-minute, two-man advantage.

Sahvan Khaira’s wrister from between the circles snuck through traffic and drew the Tips to within a goal with 6:32 left in the third period, but McCallum finished a wrister off the rush from the right circle with five minutes left and Mattheos hung a one-timer from the left circle, a cross-ice feed from Ben McCartney for a 4-1 lead with two mintues left in the period.

Just 58 seconds later, Dewar rallied the Tips to a two-goal deficit when he finished a deflected puck at the right post, scoring  a goal in his hometown province. The goal was a bi-product of a 22-shot effort for the Silvertips, who led 33-20 after 40 minutes.

However, the Tips fell short drawing closer and Mattheos finished the game with an empty netter with 32 seconds left in regulation.