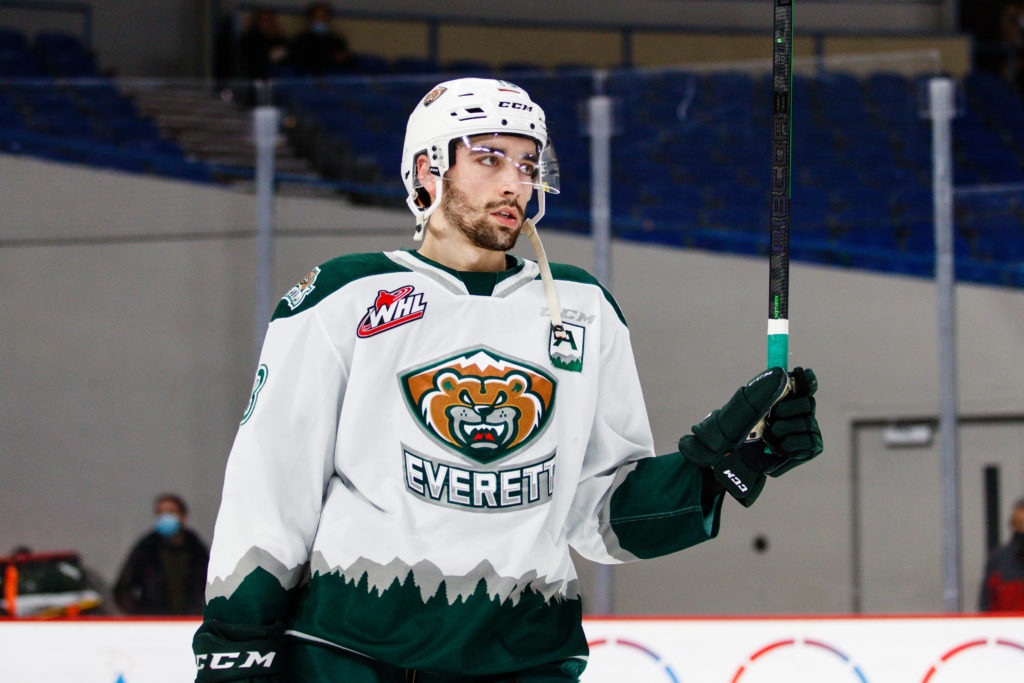 PORTLAND, Oreg. — Everett’s own Hunter Campbell just keeps on coming up big for his hometown team.

Campbell’s second overtime game-winner of the season put the Everett Silvertips over the top in Portland, besting the Winterhawks 3-2 at Veterans Memorial Coliseum.

Clay Hanus opened the scoring for Portland in the first period, as a blocked shot landed on his stick in the high slot giving him an open lane to wire a wrist shot to the back of the net for his fourth goal of the season. Everett would answer back with a powerplay goal just minutes later, as Alex Swetlikoff banged in a loose puck during a netmouth scramble.

After a scoreless second period, Aidan Litke gave the Winterhawks their second lead of the night, potting a powerplay goal 1:03 into the third. With the Tips trailing, defenseman Ronan Seeley corralled the puck in his own zone and skated coast to coast, splitting the Portland defense and slipping a wrister past Hawks goaltender Dante Giannuzzi to even up the score.

The Tips went to work with open space in the 3-on-3 overtime, as Swetlikoff jump-started a two-on-one rush in the neutral zone joined by Campbell. Swetlikoff’s saucer pass found Campbell in stride right in front of the net for a perfect redirection.

The goal gives Campbell 14 points on the season, a new single-season high for the 20-year-old.

Everett netminder Braden Holt stopped 29 of 31 for his sixth win of the season. The Silvertips are now 12-0-1 to start the season, further extending what was already a franchise record for best start to a season. They have now outshot their opponents in 12 of their 13 games. Four of the Tips’ 12 wins have come in overtime, and seven have been decided by just one goal.