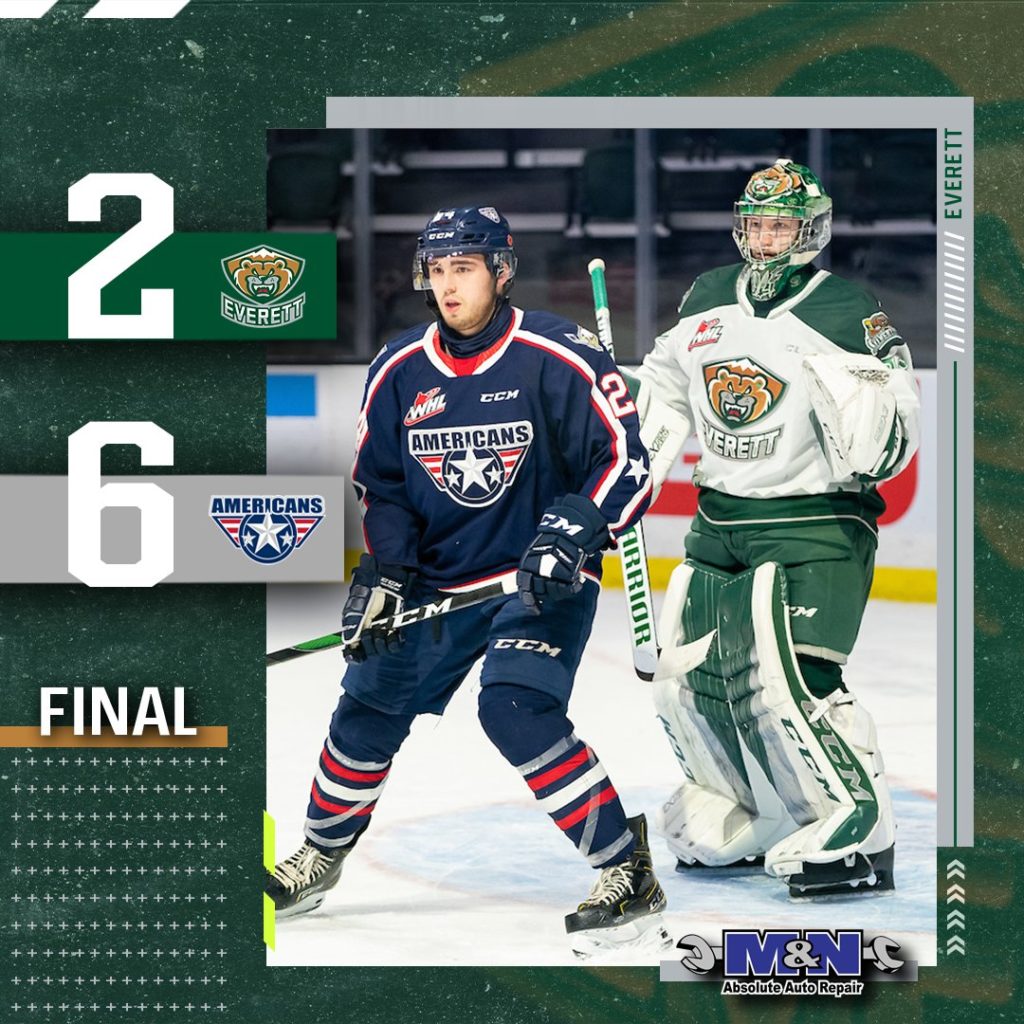 UP NEXT: The Silvertips return to play on Tuesday at 7:05pm in downtown Everett, hosting the Spokane Chiefs (KRKO/WHL Live) in the second meeting of the season. Viewing packages remain on sale at watch.chl.ca. Play-by-play “Voice of the Tips” Mike Benton will have pre-game coverage beginning at 6:30 p.m.

Despite holding a lead in shots at 14-6 in the first period, the Tips fell into a 2-0 hole beginning with Edge Lambert’s shorthanded goal, set up at the net by Samuel Huo at 4:11. Sloan then set a screen at the crease and deflected Ian Ferguson’s shot for his second goal of the year at 11:58.

Rhett Melnyk then snuck a low shot from the base of the right circle past Braden Holt at 5:52 of the second period for a 3-0 lead, with Dustin Wolf taking over in net for the rest of the game. The Tips, after managing a disallowed goal on a Cole Fonstad rebound soon after, eventually broke through on Fonstad’s snap shot for a power play goal from the right circle at 7:22.

Gage Goncalves stashed a rebound at the left post for the Tips second power play goal of the night to get back to within a one-goal deficit at 13:20, and the Tips continued to push with momentum seeking the tying goal. But at the end of a Tri-City power play, Booker Daniel converted a feed by Nick Bowman to the slot for a 4-2 cushion with 3:53 left in the period.

Huo’s shorthanded breakaway goal at 11:16 of the third period and Connor Bouchard’s empty netter with 2:18 left wrapped up the scoring.