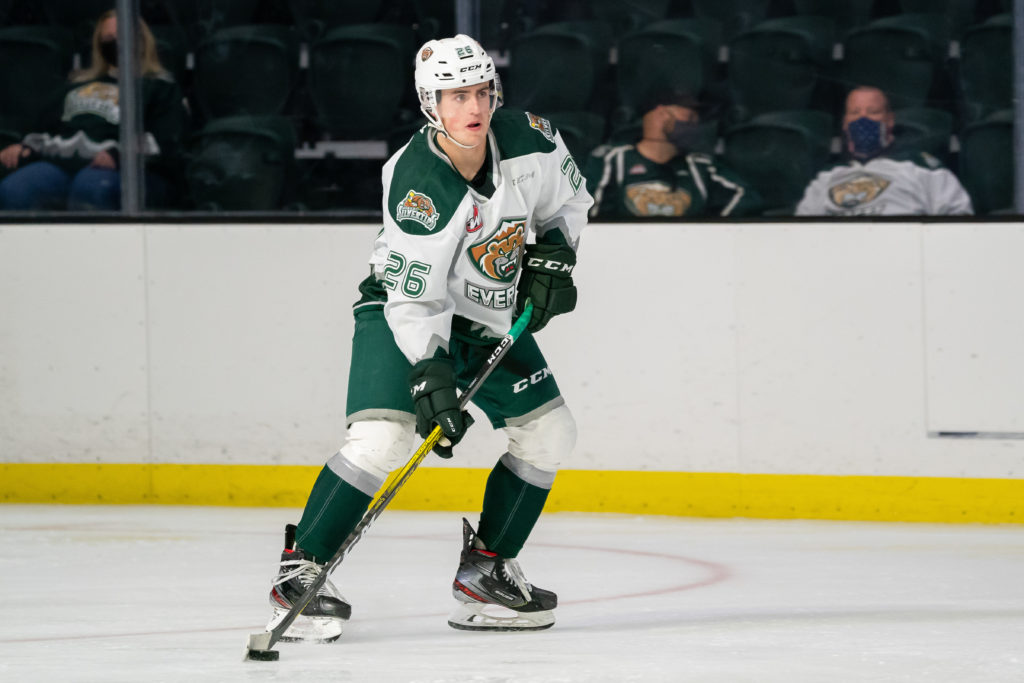 Jonny Lambos’ first period goal is all the Tips would need to secure a 1-0 victory over the Portland Winterhawks at Veterans Memorial Coliseum Saturday night. Goaltender Braden Holt turned aside all 22 shots for his second shutout of the season and Everett’s third as a team.

With the Tips applying pressure late in the first period, Lambos wired a wrist shot from the blueline that found its way through traffic in front to beat Hawks goaltender Lochlan Gordon glove side. The goal was Lambos’ first of the season and his first since Feb. 26, 2020 when he was a member of the Brandon Wheat Kings.

As luck would have it, Jonny Lambos’ brother Carson, a defenseman for the Winnipeg ICE, also potted a goal in the first period of Winnipeg’s 5-4 win over the Moose Jaw Warriors not long chronologically after Jonny’s tally.

The second period would be highlighted by a scrap between Alex Swetlikoff and Tyson Kozak. A hard hit by Kozak on Lambos in the corner drew the ire of Swetlikoff, who dropped the gloves for his second career fight. Swetlikoff downed Kozak after trading rights.

Holt locked things down the rest of the way, making eight saves in the third period to earn his third win of the season and the seventh of his WHL career.