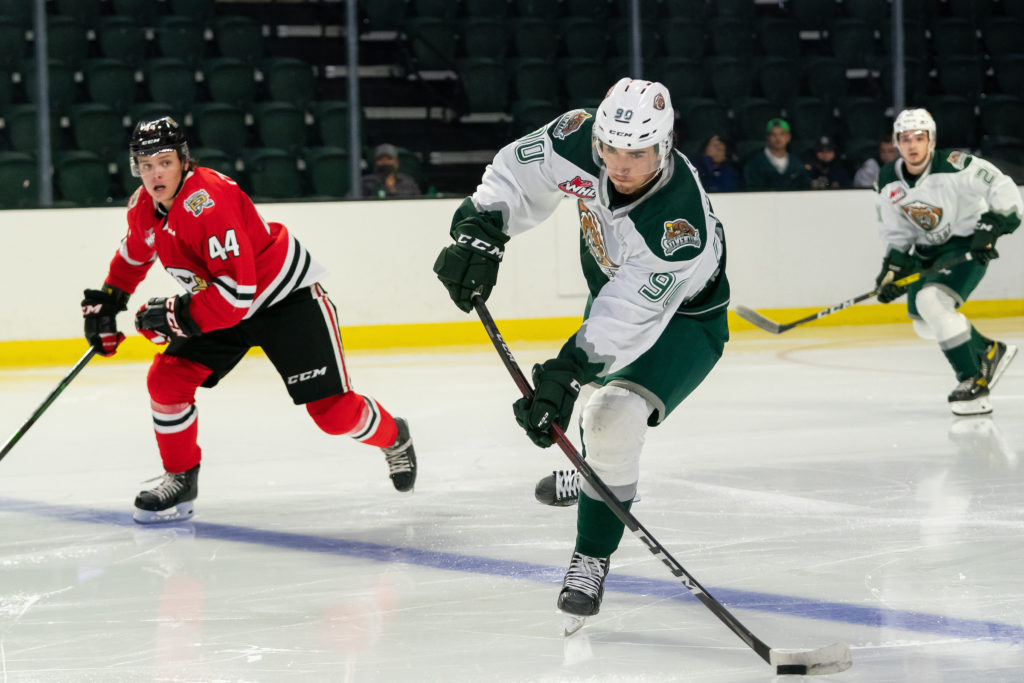 PORTLAND, Oreg. — It was a game of firsts at Veterans Memorial Coliseum.

Alex Swetlikoff’s first hat trick and Beau Courtney’s first WHL goal paved the way for the Everett Silvertips to earn a 5-2 victory over the Portland Winterhawks.

Everett moves to 5-0 with a road win in Portland.

After a scoreless first period, Olen Zellweger netted the game’s first goal just nine seconds into the second period, rifling home a lively rebound off a Hunter Campbell shot. Aidan Litke would respond for Portland at 5:40 in the second, tucking in a wraparound following a scramble behind the net.

With the game even late in the second, Alex Swetlikoff fired a wrist shot high blocker side on Winterhawks netminder Dante Giannuzzi to give the Tips a 2-1 lead. In the waning minutes of the second with one Everett powerplay expiring, Hawks forward Cross Hanas took a controversial slashing penalty as he appeared to spring himself for a breakaway, giving the Silvertips another 5-on-4 advantage. Swetlikoff redirected a centering pass past Giannuzzi with only 1.3 seconds remaining in the frame, beating the clock for a 3-1 lead into the third.

Beau Courtney potted his first WHL goal in style in the third period, collecting a loose puck in the neutral zone and powering past the Portland defense for a breakaway look. Courtney snuck his shot through the five-hole for the fourth Everett goal of the game.

Swetlikoff converted on the powerplay once more minutes later, capping off a tic-tac-toe passing play for his third goal of the contest.

Gabe Klassen contributed a late goal for Portland but the comeback effort would fall well short, as the Silvertips skated away with a 5-2 win.

“I was super excited and pumped up,” said Courtney of his first goal after the game. “The boys were pumped for me, and it was an all-around good moment for the team. I’m going to remember that one for a while.”

The Tips improved to 5-0 with the W, tying a franchise record for longest win streak to start the season set in the 2020-21 season.