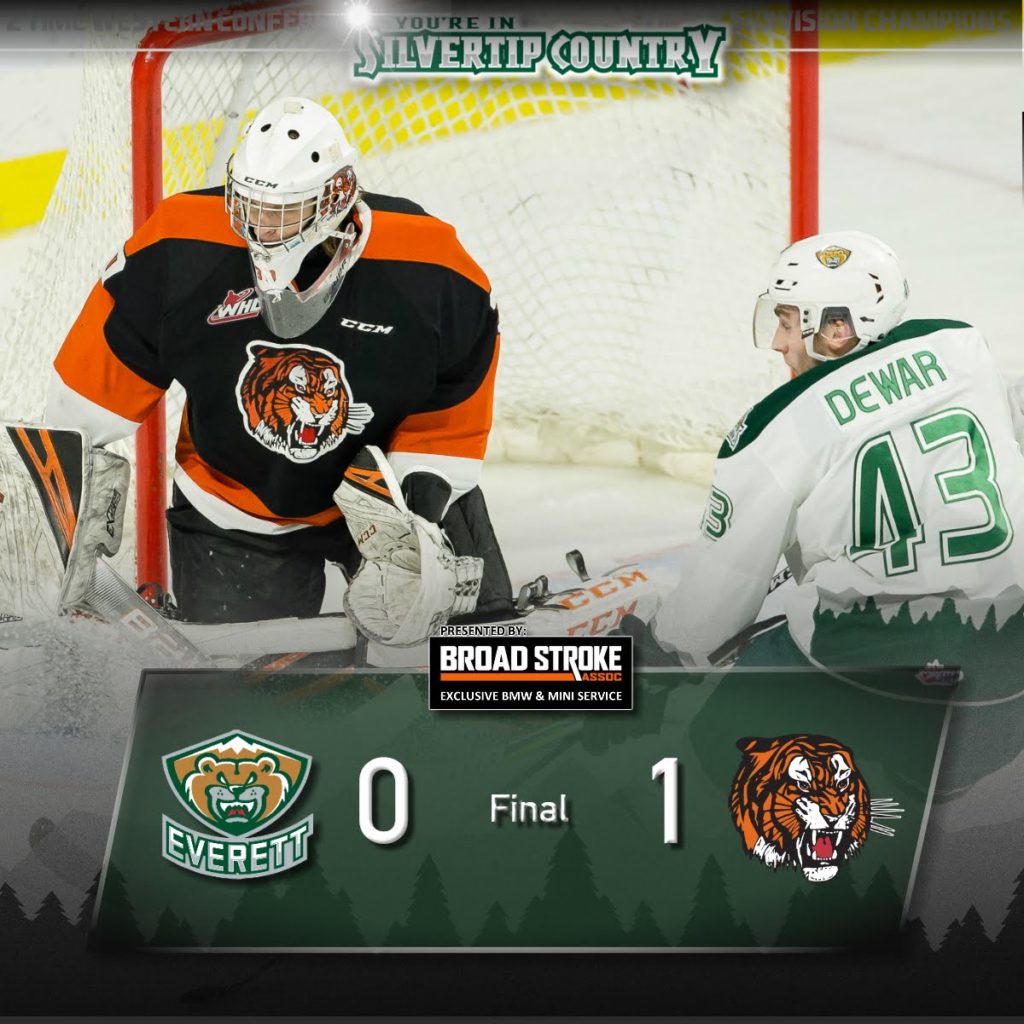 Entering Friday converting 22.2% on the power play, the Tips ninth-ranked power play unit fell short with three opportunities on the man advantage. Everett falls to 37-12-1-1 on the season but reduced it magic number to 3 points to clinch a playoff spot.

“I thought we played a pretty good game at times,” Head Coach Dennis Williams said. “They scored a timely power-play goal, there was a few little breakdowns in it. We had our chances, we just didn’t score.”

UP NEXT: The Tips return to action tomorrow, Feb. 9, night for Star Wars Night against the Portland Winterhawks for a 7:05 p.m. tilt. (1380 AM / 95.3 FM / TuneIn App / WHL Live). Tickets available at www.everettsilvertips.com/tickets.

The opening period totaled four power plays, two per side, while each team came up short on their respective man-advantages.

The Silvertips’ high-powered offense, which has scored 23 goals in the past four games, was able to land 17 shots on Sogaard. Everett goaltender, and former WHL and CHL goaltender of the week, Dustin Wolf, turned away nine-of-nine shots in the opening frame.

Everett defenseman Savhan Khaira was called for a delay of game penalty at 16:30, which led to the Tigers to convert 10 seconds after the call. Medicine Hat center James Hamblin netted his 29th goal on the season – a deflection at the net – with assist from winger Ryan Jevne’s feed from the right circle.

The Tips racked up 35 shots through two periods of play, while the Tigers totaled 21.

Everett had a great scoring opportunity where Dewar collected multiple rebounds in front of the crease with 1:30 left in the second, but Sogaard was sturdy.

Everett pulled Wolf with 1:35 left in regulation, but fell short as Sogaard and the defense in front of him stood tall and blocked shots and were able to get the puck out of the zone.

Wolf finished with 28 saves on the night and third star honors.

NOTES: Silvertips scratches included Dawson Butt, Conrad Mitchell, and Riley Sutter… This was the first and only regular season meeting between Everett and Medicine Hat … The Silvertips have won four consecutive games and have scored 23 goals in that stretch … Everett entered the week ranked #7 in the CHL Top-10 rankings … they have resided in the Top-10 for the last 11 weeks … it was the 28th game of Wolf’s career of allowing one goal or less.