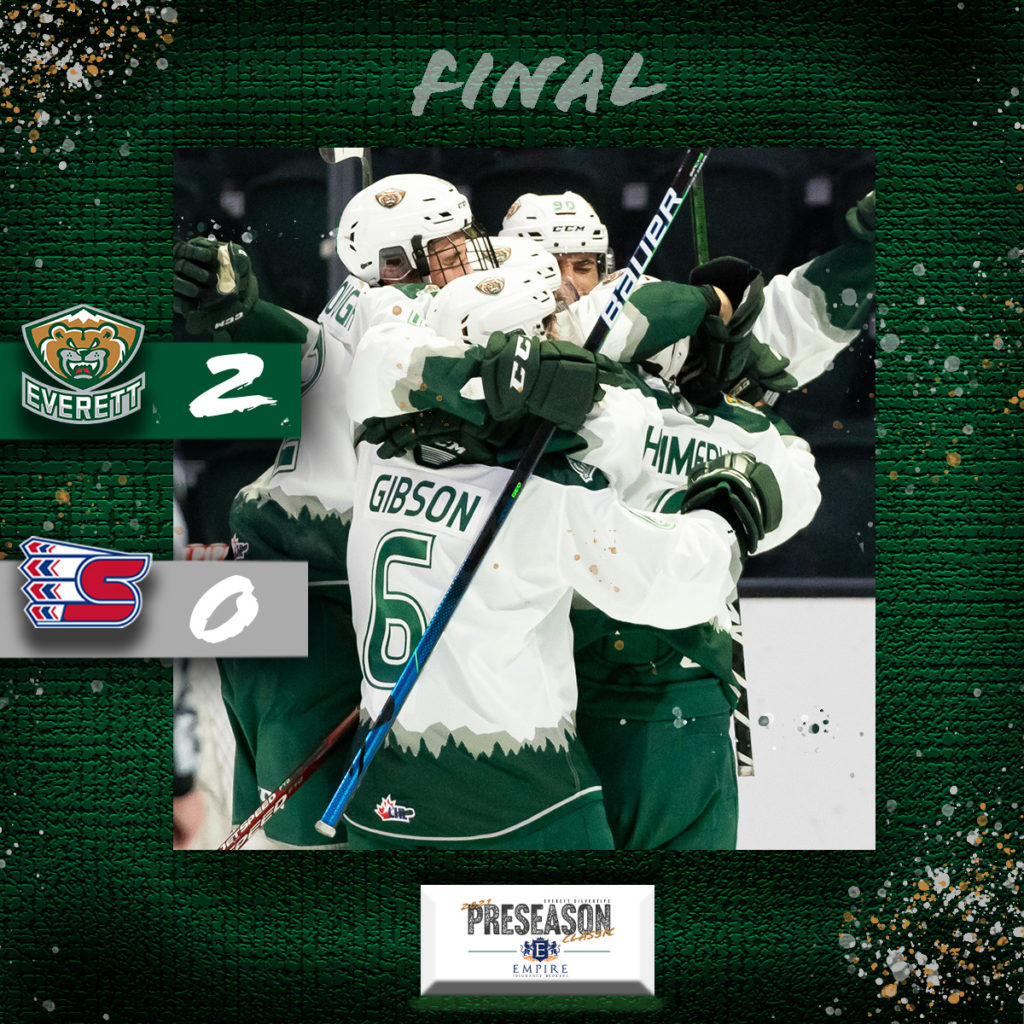 EVERETT, Wash. – Offseason trade pick-up Alex Swetlikoff scored the first goal of the pre-season and added an assist, while goaltender Koen MacInnes turned his pre-season debut into a 27 save shutout in a 2-0 victory for the Everett Silvertips over the Spokane Chiefs, concluding the first day of play in the 2021 Silvertips Preseason Classic presented by Empire Insurance Brokers at Angel of the Winds Arena on Friday.

Ben Hemmerling also supplied a goal and an assist, while the Silvertips added another goal in a second period where they outshot Spokane 25-7. The game was the first Silvertips contest held before fans in attendance at Angel of the Winds Arena in 18 months, since the coronavirus pandemic forced a sudden end of the 2019-20 season.

Swetlikoff lifted the lid on pre-season scoring with a gorgeous backdoor finish for a 1-0 Silvertips lead with 4:21 left in the first period, re-directing Ben Hemmerling’s feed from the right circle. The period finished with the Silvertips securing a lead, nearly doubling it when Hunter Campbell caught a rolling puck at the net and barely missed a backhanded rebound attempt.

With 1:50 left in the second and after close misfires on three high quality scoring attempts, the Silvertips finally padded their lead on Aidan Sutter’s power play goal when he took a feed by Swetlikoff at the center point position and blasted a shot through traffic, past Campbell Arnold.

MacInnes and the Silvertips kept Spokane at bay despite being outshot 10-4 in the final period, and dodged a five-on-three situation for the Chiefs in the final two minutes of play. Aidan Sutter had a key clearing attempt with 1:30 left in the period, shortly before the Silvertips got one player out of the penalty box.