It’s difficult diverting my attention from I Love You Man, which is currently showing on the bus DVD player as we hurtle through eastern Alberta on the way to Medicine Hat, but a recap of this afternoon’s shootout victory over Edmonton needs to be chronicled while it’s still fresh in my mind. Hands down, this was Kent Simpson’s best performance as a Silvertip, and he did it in front of dozens of family members and friends in his hometown, at Rexall Place, home of the Oilers. Staying very Kent Simpson-like, he’s not too affected by the victory, displaying a very easy-come, easy-go attitude, and while I’m sure that he’s replaying each save in his head as he puts on his iPod and closes his eyes for a bit, he’s more focused on his next go-around, whether it comes in Medicine Hat, Lethbridge, Calgary, or points beyond.

I’m not trying to sound like a pessimist here, but if there’s anything I wish that could have changed about Sunday’s game, I really would have liked to have seen that game take place back in Everett. Though it’s always fun to call games in NHL arenas, a packed house back at Comcast Arena would have been a perfect accompaniment to that game, which featured the best goaltending duel of the young season. As great as Simpson looked, Cam Lanigan was nearly every bit as good across the ice for the Oil Kings, and it was shocking that such an end-to-end game was still a 1-1 contest after 65 minutes and 77 shots between the two teams. Had this game been played in Everett, it would have been “one of those games” that would have been talked about for quite some time afterwards.

Kellan Tochkin is also giving the Silvertips some terrific minutes this roadtrip, where his patience and puckhandling have been on display. He scored in the first period for the Tips and added the shootout game winner on a beautiful deke move around Lanigan in which he made the sophomore netminder make the first move, a dive to the left that Kellan cautiously moved around before stickhandling the puck into the net.

When you add up the numbers, Everett has limited their opponents to just two goals in 185 minutes over the trip, while Heemskerk and Simpson have combined to stop 107 of 109 shots, not including the three saves Simpson made in the shootout. Radko Gudas added a first period assist to run his point streak to seven games, and the ‘Tips moved to 24-11-3-0-1on the road all-time against the Eastern Conference. In the Silvertip archives, Shane Harper played in his 276th WHL game, moving pass Graham Potuer for second place all-time behind Taylor Ellington’s 287 games with Everett.

Potuer was at the game in Edmonton, and it always seems that the Silvertips tend to play well in front of recent graduates. I remember early in the 2008-09 season when the Silvertips scored a big shootout victory in Vancouver in front of Brennan Sonne and Clayton Bauer, and the trend continued Sunday afternoon. Pottsy, who ranks third in Silvertip history with 275 games played, is a freshman at the University of Calgary, where he’s occupying a blueline slot for the Dinos. Always easy going and articulate, Potuer looked exactly the same from his Everett playing days, with his traditional three quartered red goatee. Unfortunately he won’t be at Friday’s game at Calgary, because he has his own game that evening, so this was likely Graham’s only chance to catch the ‘Tips in action this season.

The Silvertips are taking every precaution to ward off the H1N1 virus and the flu bug, which have been particularly strong in these reaches of Alberta. Clinics have been overwhelmed and cities have been completely wiped clean of their stockpiles of hand sanitizer, but that didn’t stop Silvertips Director of Business Operations Zoran Rajcic from working some magic before Sunday’s game, as he was able to find a bottle of hand sanitizer at some far flung Edmonton pharmacy. Whenever players enter the bus, Jay Varady has been providing a dollop of sanitizer, and all the bus’ handrails are wiped clean with disinfectant at every stop.

I was talking with Josh Winquist on the bus on the way out of Edmonton – Josh just missed out on his first career WHL goal when Lanigan made a strong save, moving to his left to rob him on a one-timer from Cameron Abney. I really wanted “Winnie” to come away with his first goal in his hometown in front of his family, but Josh wasn’t discouraged. “I’m getting my first goal on this roadie”, the confident rookie stated.

We’re now passing through Strathmore, Alberta, home of former Silvertip Chad Bassen. If you recall Road Tips from two years ago, Zach Hamill was all over that trivia question. I think I’m going to shut ‘er down as we make a quick Tim Horton’s run before we get back on the Trans-Canada Highway and push on to Gas City. Go Tips! 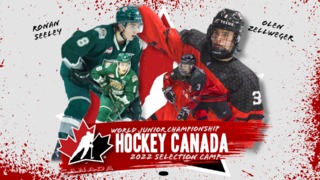 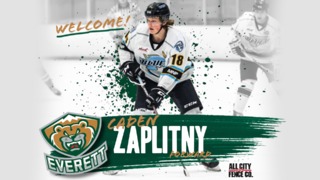 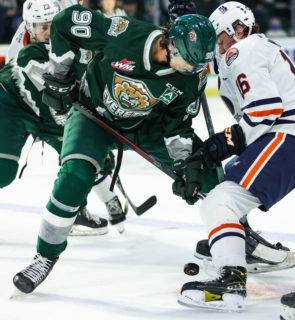 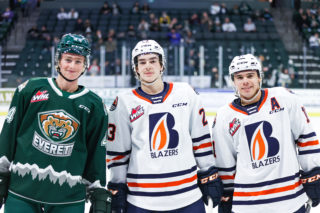