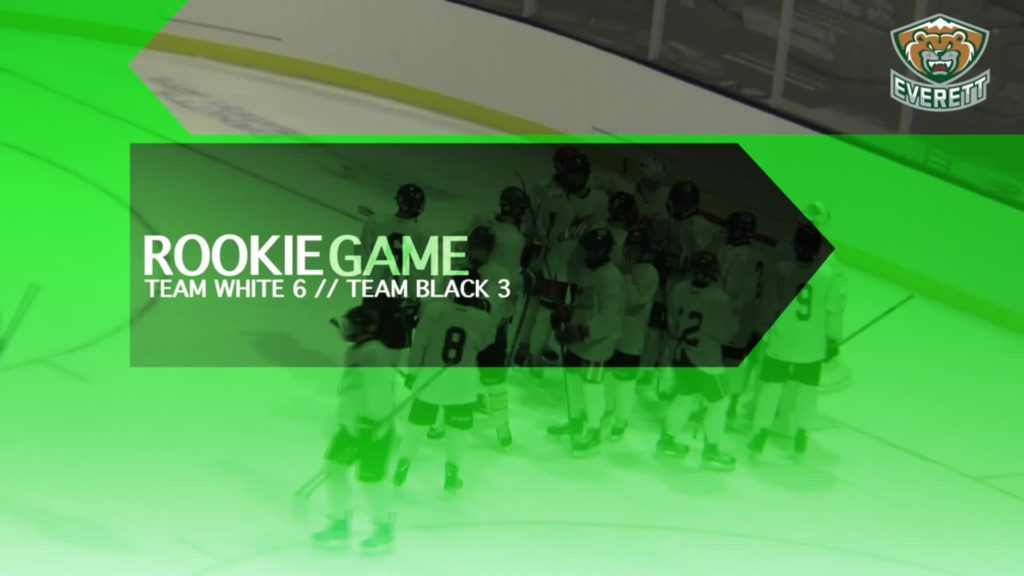 EVERETT, Wash. – Goaltender Braden Holt stopped all 13 shots faced in the first half, while Slade Stanick buried a hat trick in Team White’s 6-3 victory over Team Black in the Everett Silvertips 2018 Rookie Game, Saturday afternoon at Angel of the Winds Arena in downtown Everett.

Holt, who started the game for Team White and is a part of the Tips 2018 WHL Draft class, turned away a pair of difficult chances in the opening minutes to preserve a scoreless tie, before Team White broke open the game.

Quinn Disher opened the scoring for a 1-0 lead on a wrister from the left circle with 5:33 left, and Carter Halamandaris maneuvered a brilliant feed to the right post, off the rush to Stanick, an invitee to Tips training camp, who delivered a 2-0 lead with 2:40 to play in the half. On the next shift, Stanick bolted for the slot and finished on another wrist shot for a 3-0 cushion.

Holt gave way to goaltender Kai Flett in the second half and Team White continued to build their lead on Stanick’s hat trick, a tap in at the post on new Team Black goaltender Danton Belluk for a 4-0 cushion at 3:48. Team Black finally got on the board on Blake Noble’s dart off the rush but Stanick’s twin brother, Tips draftee Sloan Stanick, rebuilt the lead to four on a wrister from up high with seven mintues down.

NOTES: Slade and Sloan, both 2003-born forwards, collected multi point games in the victory … defenseman Ty Gibson, the first signed player from the Tips 2018 Draft class, had an assist for Team White … Zach Ham and Michael Devellano served as coaches for Team White.

The Tips will conclude Phase 1 of training camp with the annual Green vs. Grey Game, Sunday at 1:30 p.m. at A.O.T.W. Arena … admission is free of charge and seating is available to the general public in the arena lower bowl (doors will open at 12:45pm).