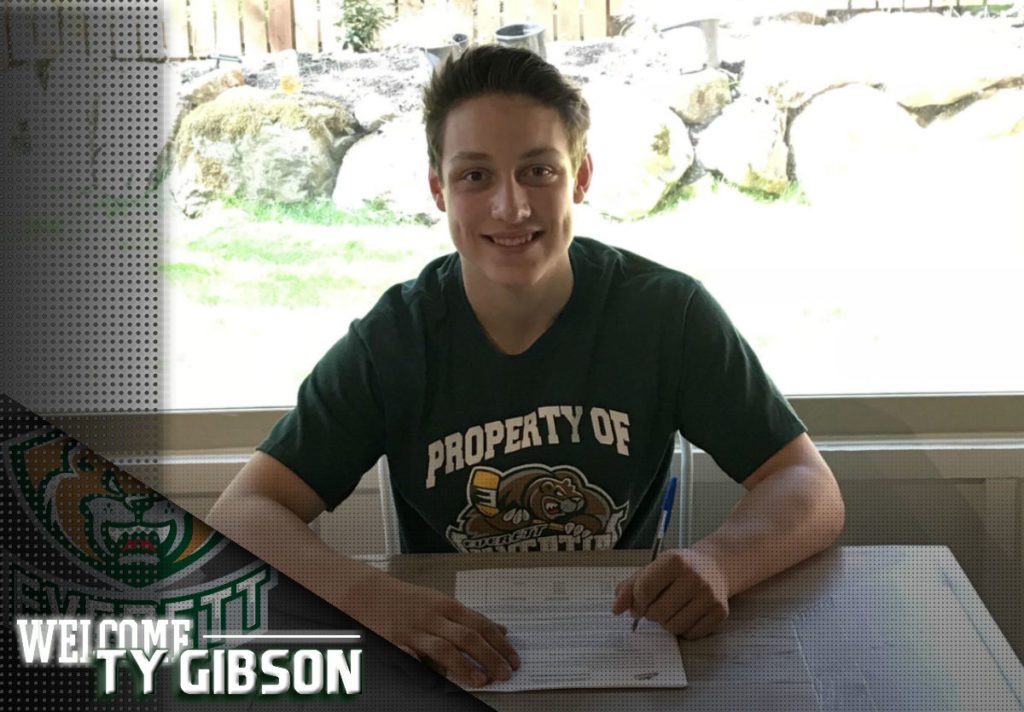 “We are proud to welcome Ty Gibson and his family to the Everett Silvertips, and are excited of his decision to choose the Western Hockey League and the Silvertips as the next step in his career,” said Davidson. “Ty demonstrated remarkable progress over the summer and checks off a lot of boxes with what we look for in defensemen who fit our program. We look forward to seeing him in training camp this month.”

“Ty is a really dynamic skater with great vision and a feel for the game,” said Silvertips scout Zed Malenica. “He has the tools to be a really good fit for our program. His ability to play the game with a high degree of tempo, move pucks out of his own zone, flow pucks through the neutral zone, and be a facilitator on the point increased significantly over the course of the summer. He has a good foundation of character and comes from a really solid family.”

Gibson, a 2003-born defenseman, is the first signed prospect from the Silvertips 2018 WHL Draft class and was selected in the third round (64th overall). He was tied for 7th in the league scoring among defensemen and led Pacific Coast Academy (CSSBHL) blueliners with 24 points (8g-16a) in 30 games, additionally recording four power play goals and three game winning goals last season. Gibson earned a season high four point game on Dec. 17, when he logged first three-assist game of the season. He would add one more three-assist effort on Feb. 17.

Silvertips 2018 Training Camp will open at Angel of the Winds Arena on Thursday, Aug. 23 with the first scrimmage scheduled at 11:00 a.m. (free of charge to the public). Opening the Silvertips home schedule, which covers 34 games this season at Angel of the Winds Arena, is Opening Night against the Vancouver Giants on September 22 at 7:05 p.m. All fans will also witness the raising of the Silvertips sixth U.S. Division championship banner and second Western Conference championship banner to the rafters before the opening puck drop, and the first 5,000 fans at the doors will receive a collectible Silvertips magnet schedule, presented by Lamoureux Real Estate and Sound Transit. Season Tickets and Mini-Plan Packages are available at www.everettsilvertips.com/season. Opening Night for the Tips 2018-19 season is Friday, Sept. 21 at Vancouver (7:35 p.m., 1380 AM / 95.3 FM KRKO).