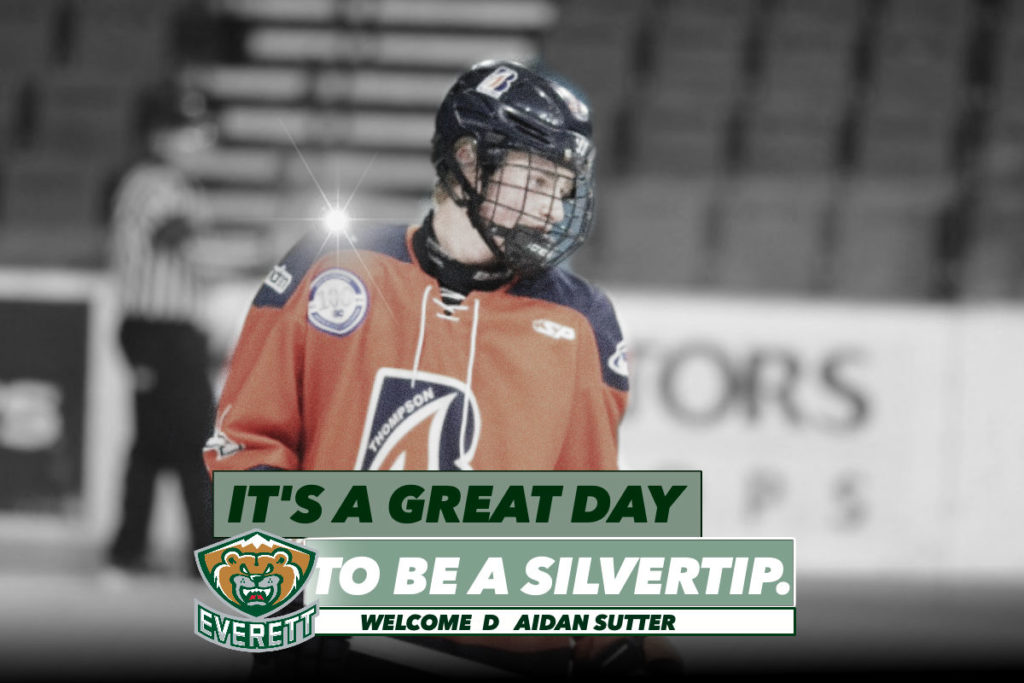 “Aidan Sutter is a defenseman who continues to develop with terrific potential and we’re proud to welcome him to the Silvertip family,” said Davidson. “He’s got tools that resemble core ingredients in several outstanding defensemen who have developed in our program and moved on to have great careers. His ability to move the puck, two-way aptitude, and footwork have taken his game to the next level this season with the Thompson Blazers and have opened the door for a new opportunity to be a core piece of our franchise in the future. We look forward to his continued development this season in the BC Major Midget League and arrival at camp this next season.”

The late-2002 born blueliner led all Blazers defensemen (third among all BCMML d-men) with 35 points (8g-27a) in 33 games this season and was third on the program with 27 assists. The 5-foot-9 defenseman also appeared in eight games with the Salmon Arm Silverbacks (BCHL) this season, earning an assist along with six penalty minutes.

Sutter, a native of Kamloops, British Columbia, comes off a four-point game, a hat trick and an assist, in his most recent performance – an 8-4 win for Thompson over Vancouver North East on Mar. 10.

By signing a WHL Standard Player Agreement, Sutter is guaranteed a WHL Scholarship for every year he plays in the WHL. A player is able to attend any career enhancing institution of his choice, including universities, colleges, technical institutes, trade schools, or any other institution which will help the player achieve his academic and career goals. For each season played in the WHL, a player receives a one-year post-secondary scholarship, which includes: Tuition, Compulsory Fees and Required Textbooks.

Silvertips “Game A + B” playoff packs are on sale now at www.everettsilvertips.com/tickets, with the first round scheduled to play in downtown Everett starting on Friday and Saturday, Mar. 22-23. The Silvertips first round opponent and remaining schedule will be announced soon.