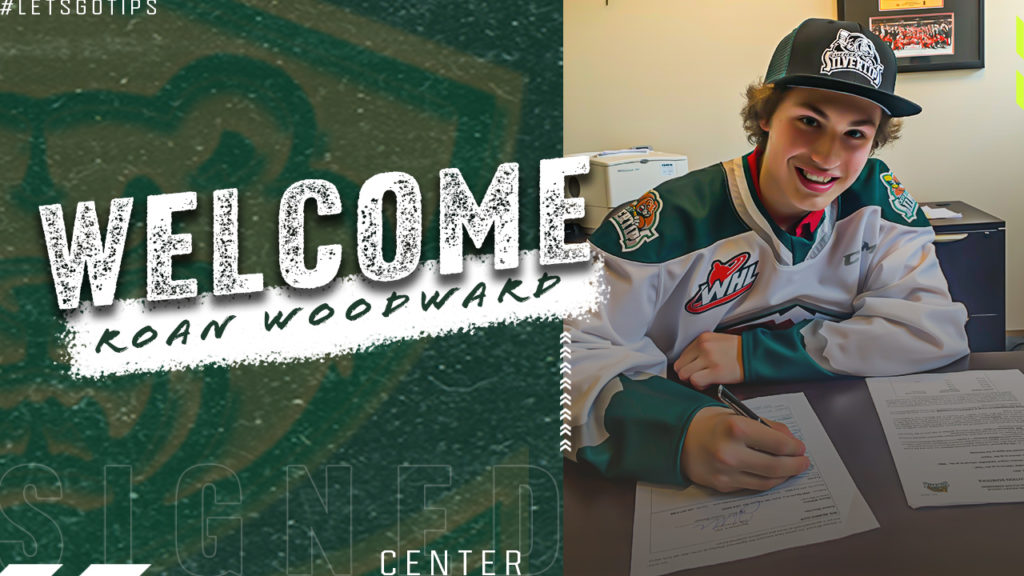 “Roan is a talented forward who brings an impressive arsenal of abilities to generate offense any given night,” said Williams. “His skill and dynamic presence with the puck are qualities we believe with consistent commitment can make a big impact. We’re excited about his decision to commit to our program and looking forward to the next steps he can take with us.”

Woodward, a 2005-born center, was the Silvertips second selection in the 2020 WHL Draft and taken in the fourth round (87th overall). Originally a resident of Nipawin, Saskatchewan, he earned a pair of assists in four games during the pandemic shortened season with the Saskatoon Blazers U18 AAA program. The previous season, he led the North East Wolfpack (SAAHL U15) program and was fifth in league scoring with 100 points (42g-58a) in 31 games, along with 30 penalty minutes.

That season, the 5-foot-10, 163-pound pivot had 10 points in a game twice and earned two goals while adding nine assists in his regular season finale. He produced a pair of five-goal games that season and 20 multi point games.

“The first thing you remember about Roan is skill,” said Silvertips director of player personnel Mike Fraser. “He’s got a lot of it, plays a tenacious game and he’s very gifted with the ability to create offense. He makes great plays at the front of the net and his track record has prepared him for this next step in the WHL. He’s a player who’s very capable of appearing on the scoresheet for Silvertips fans on a routine basis.”

“Becoming a Silvertip means joining an organization that has sent many players to the next level and prepared them for international competition,” said Woodward. “It’s an opportunity that excites me to join a great hockey community, make an impact in this city, and be a good influence for my teammates. I’m looking forward to bringing a game that can use what I’ve learned about puck poise to make a difference in all 200 feet of the ice, mix it up in the dirty areas, and can score goals while creating plays.”