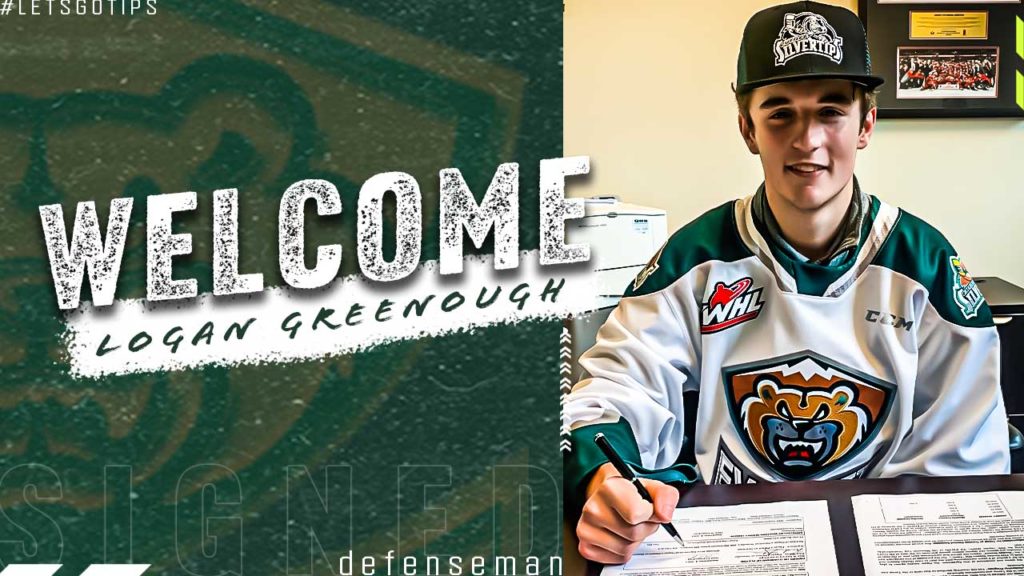 “Logan is a skilled defenseman with high-end character who made a great impression this year at training camp,” said Williams. “We’re proud of his decision to commit to our program and the Western Hockey League. The consistency he demonstrates in his game speaks volumes of the impact he can make on our program, and we look forward to his continued development.”

“Logan is a very smooth, puck-moving defenseman who plays with calmness under pressure,” said Silvertips head scout Mike Fraser. “He demonstrated an increased level of comfort as training camp went on, after many games we’ve seen with him putting together consistent results every night. He doesn’t make a lot of mistakes and brings a ton of character. We’re looking forward to seeing what he can do.”

The native of Calgary, Alberta last season earned four assists in three games at the U16 AAA level with the North West Calgary Athletic Association Stampeders (AEHL U16) and in the previous season, posted 19 points in 32 games with the Calgary Flames U15 AAA (AMBHL) program.

Greenough was selected by the Silvertips in the tenth round of the 2020 WHL Draft. He is the fourth Silvertips prospect from the 2005-born draft class to sign a WHL standard player agreement.

“I’m very excited and grateful to be joining the Silvertips family,” said Greenough. “In my short time here I’ve realized that you don’t just belong to a hockey team, but to the entire Everett community. It’s a privilege. The coaching has been awesome, from their focus on effort and work ethic to how we practice. It makes me look forward to bringing a game that provides offense with speed, and quickness to help in our zone.”