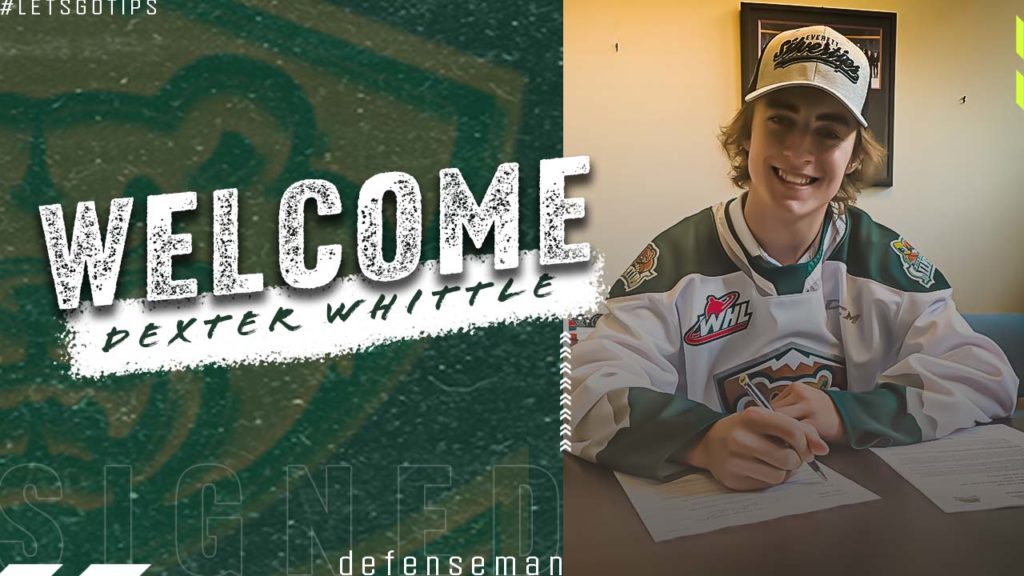 “Dexter is a mobile defenseman who plays with an edge and has shown capabilities of becoming an ideal player in our league,” said Williams. “He’s made terrific strides over the last year, taking advantage of limited action while remaining disciplined in his development every day. We’re proud to welcome Dexter to the Pacific Northwest and celebrate a great decision he made to commit to our program and the Western Hockey League.”

“Dexter came into camp on a mission and earned this opportunity,” said Silvertips director of player personnel Mike Fraser. “He’s a resilient defenseman with a high amount of work ethic and moves pucks well. He’s not afraid to jump into the play and brings a great amount of qualities that check off a lot of boxes.”

Whittle last season skated in eight games with the Southwest Cougars AAA program (MU18HL), earning six points (2g-4a) in eight games along with 16 penalty minutes while also helping the Charlotte Rush (USPHL Premier) earn a league championship with an assist in six playoff games. His time with the Cougars began in 2019-20 when he skated in 43 games and earned five goals with five assists along with 56 penalty minutes. He also earned a pair of assists in six postseason games.

The native of Virden, Manitoba was selected by the Silvertips in the seventh round of the 2019 WHL Draft, after suiting up in 34 games for the Yellowhead Chiefs U15AAA program (WAAA U15) with 30 points (12g-18a) in 34 games.

“Meeting players that give you a sense of a chance to contribute is a memory at training camp I’ll never forget,” said Whittle. “It’s exciting to learn quickly how hard you have to compete and work for success. I’m looking forward to bringing a game where I can confidently move the puck, join the rush, but most importantly, take care of the defensive zone first. I am very excited to be joining a top notch organization and become a part of the Silvertips family.”