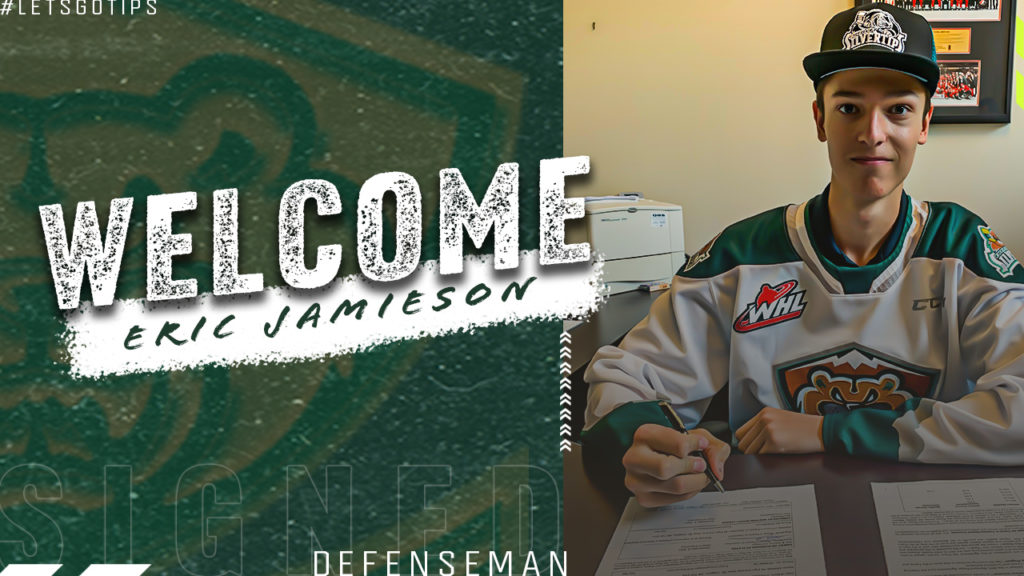 “Eric’s progress delivered a message in training camp that he was ready to take this next step and we’re excited about his commitment to our program,” said Williams. “As a defenseman who has reached an impressive level of size but still has physical space to fill out, he has plenty of growth potential. We’re looking forward to his contributions with our group starting this season.”

“Eric is a rangy, sizeable defenseman who made some tremendous strides over the last year,” said Silvertips director of player personnel Mike Fraser. “The scary thing is he still has room to grow. He moves pucks well and isn’t afraid to get involved. He’s got a high level of understanding to play the shutdown game, and he’s on the right path to becoming a menace for the opposition in his own zone.”

The 6-foot-2, 170-pound defenseman was selected by the Silvertips in the ninth round of the 2020 WHL Draft and last season appeared in five games for the Edge School U16 Prep program (CSSHL U16) during the pandemic shortened season, delivering a pair of assists and two penalty minutes.

In 2019-20, the Calgary, Alberta native was second in scoring among defensemen for the Edge School U15 Prep program, earning 22 points (5g-17a) in 30 games. He totaled a season high three points (1g-2a) on Jan. 31 and five multi point games, also appearing in one contest with the Edge School Elite 15s.

“It’s an honor to be given the opportunity to be a Silvertip,” said Jamieson. “It’s something I’ve looked forward to since being drafted. One of the most meaningful parts about training camp was being pushed to compete against bigger, faster, and stronger players. It helps elevate your game and learn about making quicker decisions. It makes me look forward to bringing my strengths as a skater, vision on the ice, transition game, and commitment in the defensive zone to this program.”