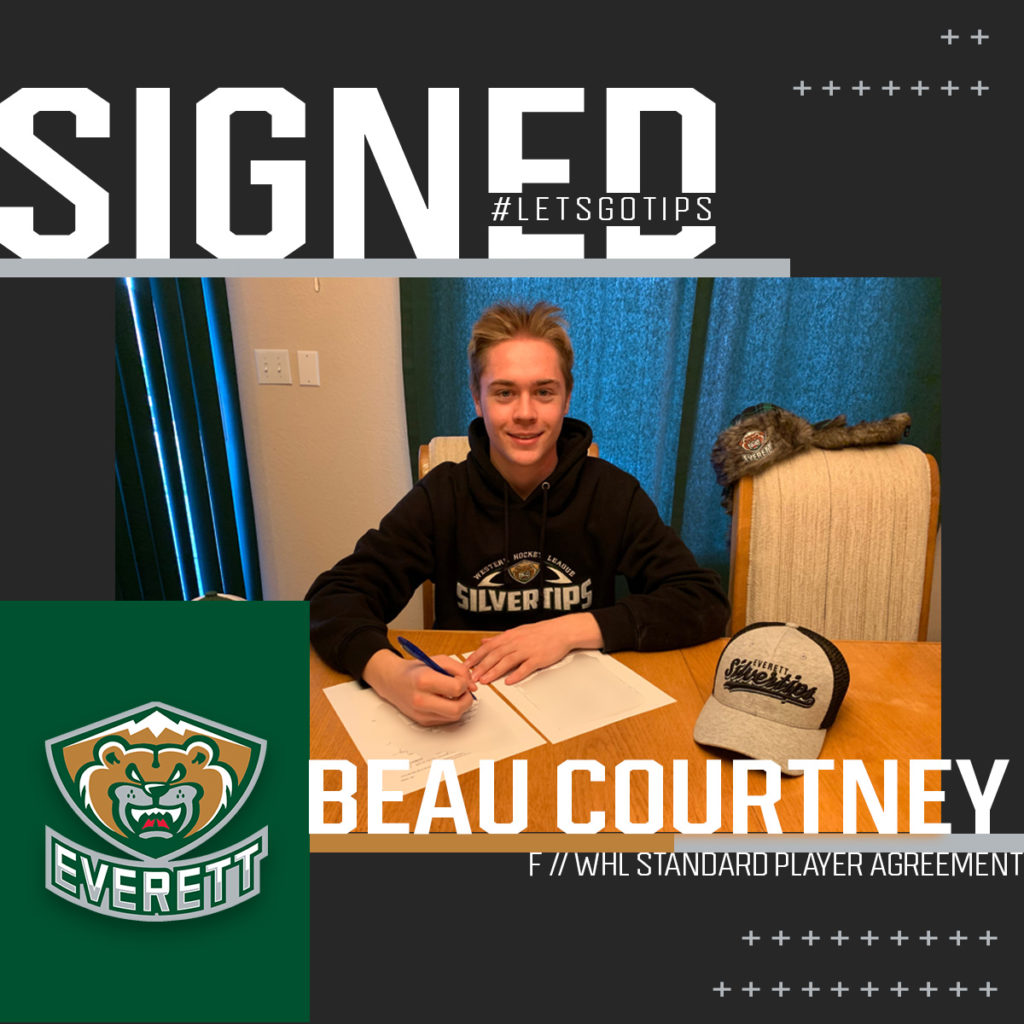 EVERETT, WA – The Everett Silvertips, seven time U.S. Division champions of the Western Hockey League, and general manager Garry Davidson announced today that U.S. born prospect forward Beau Courtney has signed a WHL standard player agreement with the Silvertips. By signing a WHL Standard Player Agreement, Courtney is guaranteed a WHL Scholarship for every year he plays in the WHL.

“Beau is a solid individual and we’re excited to add to our program,” said Davidson. “He brings a well-rounded, competitive 200 feet game which includes a heavy shot, good vision, and elite face-off skills. I’m confident he will continue to add layers to his game and he’ll be an exceptional piece for our program. We look forward to seeing Beau in training camp.”

“It’s a really exciting day to sign a player like Beau and bring his well-rounded game aboard,” said Silvertips head scout Mike Fraser. “We like his two-way approach on every shift and watching him in camp last summer gave us a glimpse of his potential. He’s continuously impressed with how hard he plays, battles on pucks, and bought into a relentless identity while enjoying a great year on the goal-scoring side. He’s an honest, 200-foot player with a classic Silvertips brand of quickness and hockey sense.” 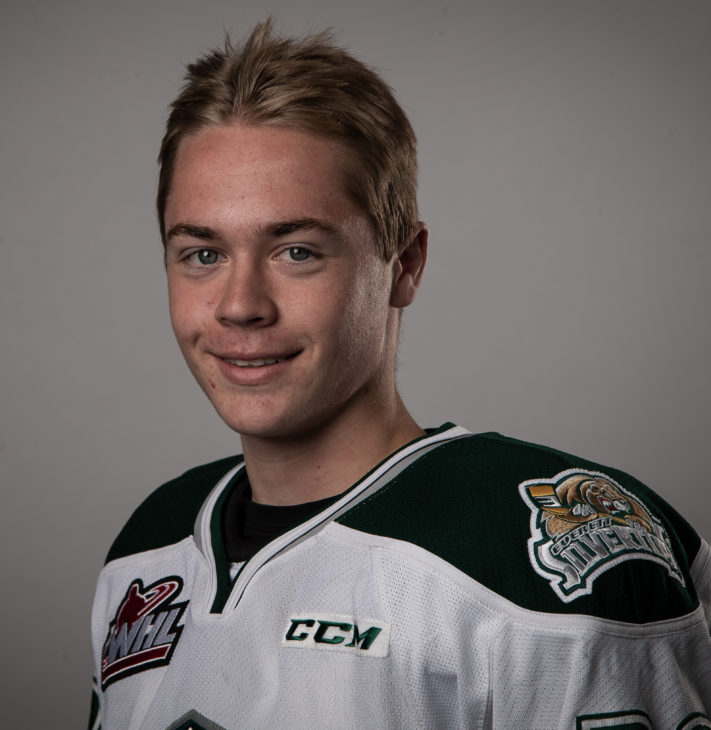 Courtney, a native of Parker, Colo., scored 16 goals in 22 games this season, tied for second across the Tier-1 Elite Hockey League with the Colorado Thunderbirds, which also led the program. His 22 points in 22 games finished tied for the program lead and eighth across the entire league.

He served the program as alternate captain in 2019-20 and was selected in the eighth round by the Silvertips in the 2019 WHL Draft. Last year, the 2004-born forward earned eight points in 13 games at the bantam AAA level with the Thunderbirds (T1EBHL) and competed in training camp with the Silvertips, skating in the 2019 Training Camp Prospects Game.

“There’s a ton of meaning into becoming an Everett Silvertip and it’s an incredible moment that I’ll never forget,” said Courtney. “It’s a privilege to join an organization that’s well rounded, welcoming, and first class. My experience visiting Everett told me more about how the current players – including Brendan Lee – staff, and coaches were helpful, and how top notch the facility and surroundings made for a pleasant experience. I’m looking forward to bringing a heavy and reliable game that can handle defensive roles, win draws, and also jump in the rush to contribute offensively. I’m grateful for, and thank my family, coaches, and teammates for their incredible effort to help me reach this stage.”