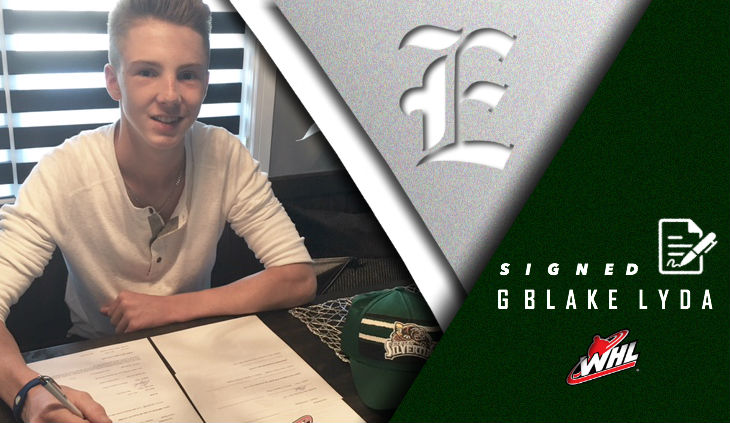 Lyda was selected by the Silvertips in the 2017 WHL Bantam Draft, in the fourth round (86th overall).

“As time and Blake’s game progressed over the summer, his identity as a terrific goaltending prospect made his signing a high priority of ours,” said Davidson. “Not only does he impress with a you with a consistent and steady style, his maturity and approach to character is remarkable. It makes us excited for the depth we have at the goaltending position. We welcome Blake to the Silvertips family and are proud he has chosen the Western Hockey League for the next step in his career.” 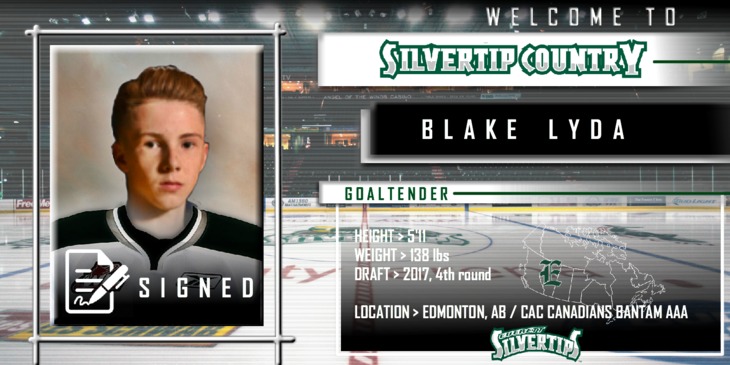 Lyda, a 2002-born goaltender, suited up in 24 games (tied for second in the league) last season for the Canadian Athletic Club Canadians (AMBHL) and earned a shutout and a .917 save percentage, ranking ninth across the league.

He earned a spot in the Alberta Cup this past season and appeared in three games with a 2-1-0 record, save percentage of .940 and goals against average of 2.36. He made 42 saves on the first day of tournament play with a win, and followed up the next day with a 44 save effort and second straight victory.

“Blake is a goaltender gifted with physical attributes that have made a strong impression,” said Silvertips director of player personnel Bil La Forge. “He is very technically sound, much in the mold of Carter Hart, Dustin Wolf, and Kent Simpson. He elevated his game this past year and comes with a high degree of character. We identify goaltending as a high priority position as to where we build out from, and as an organization we’re fortunate to have individuals like Carter, Dustin, and Blake provide strength at that position.”

The native of Edmonton, Alberta has a cousin, Vernon Fiddler, who has 14 years of playing experience as a forward in the National Hockey League.

Opening the home schedule, covering 36 games this season, is Opening Night against the Portland Winterhawks on Saturday, Sept. 23 (7:05 p.m.), when the first 3,000 fans will receive a collectible Silvertips magnet schedule, presented by Lamoureux Real Estate. All fans will also witness the raising of the Silvertips fifth U.S. Division championship banner to the rafters before the opening puck drop. Season Tickets and Mini-Plan Packages (22-game and 14-game selections) are available for as low as a $50 deposit at www.everettsilvertips.com/season.