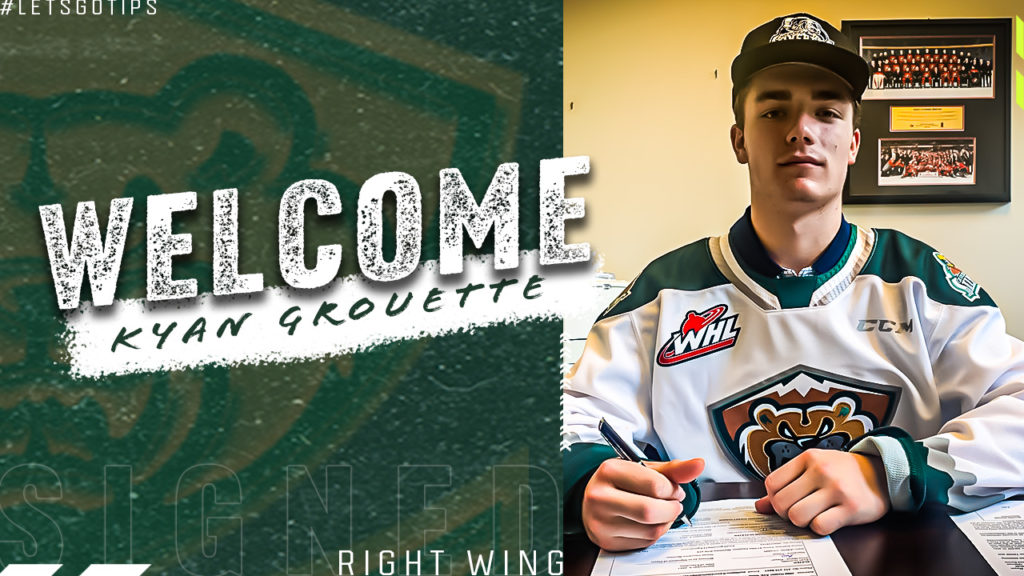 “Kyan’s hard work has helped make this day a reality and we’re excited about his commitment to our program,” said Williams. “He’s not afraid to play with a hard-nosed and abrasive style, paired with terrific skill that has made him stand out at training camp and over the last year. We’re looking forward to his contributions as he continues his track of development in a Silvertips jersey.”

“Kyan is a player who delivers a long track record of work ethic and definitely earned his contract,” said Silvertips director of player personnel Mike Fraser. “The style of play he brings keeps bringing us back to another Manitoban who built a great career here on hard work – Connor Dewar. He’s got the tools to become another fan favorite, plays like a warrior every shift, isn’t afraid at all to mix it up with older players by setting a physical tone, and get his nose a little dirty.”

The native of Dauphin, Manitoba suited up in seven games last season during the pandemic shortened season with the Parkland Rangers U18 AAA squad (MU18HL) and posted a pair of assists. The season prior, he ranked third in league scoring and was second on the Parkland Rangers U15 AAA program with 88 points (36g-52a) with 48 penalty minutes in 36 games.

The 5-foot-10, 161-pound forward, who skated for the same program as Dewar prior to signing his WHL standard player agreement, had a pair of shorthanded goals and led the Rangers in power play goals (10) in 2019-20. That season, he was second on the club in goals (36), had five hat tricks, a four-goal game on Oct. 6, and was named to Team Army for the Bantam AAA All-Star Game.

“Becoming a Silvertip has been my goal since being drafted,” said Grouette. “It was on my mind all summer, motivating me to develop as much as I could so by the time training camp arrived, I was prepared to bring as much as I could. The experience here has been amazing. It’s an incredibly welcoming organization with players who have a level of compete that’s out of this world. It drives me to become a Silvertip that is one of the hardest working players on the ice, and always be the first one to the puck.”