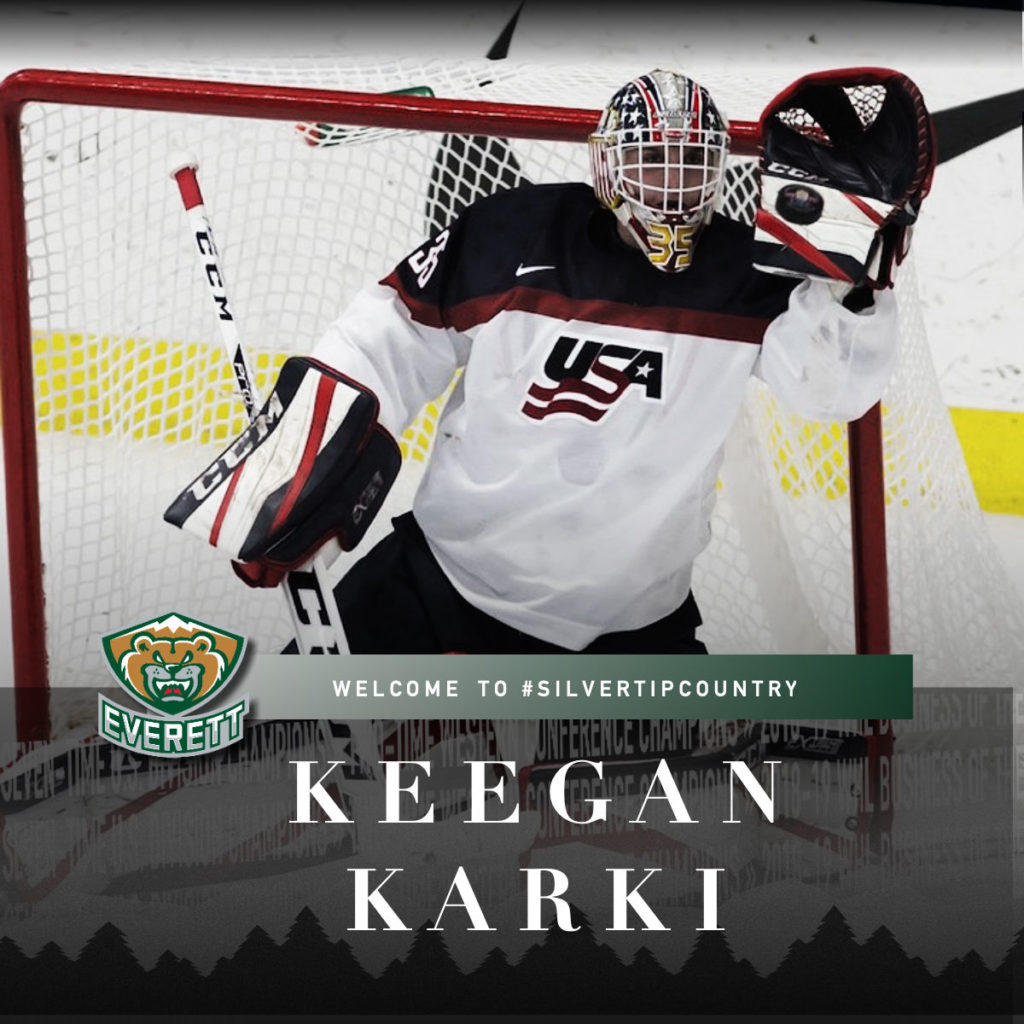 “We are extremely pleased to be adding Keegan to our program and when he expressed his desire to compete in the WHL, it was an opportunity we simply couldn’t pass up,” said Davidson. “We’re getting a goaltender with a large, imposing frame and an advanced skill set which have earned flattering attention from elite and well-respected circles within the hockey world. He still has great potential that we’re confident can be a terrific fit in a Silvertips jersey and help him achieve important career goals.”

“We’re also fortunate to have an established, world class goaltender in net with Dustin Wolf and introducing Keegan to our family is a significant move to supplement immediate depth needs at the position.” 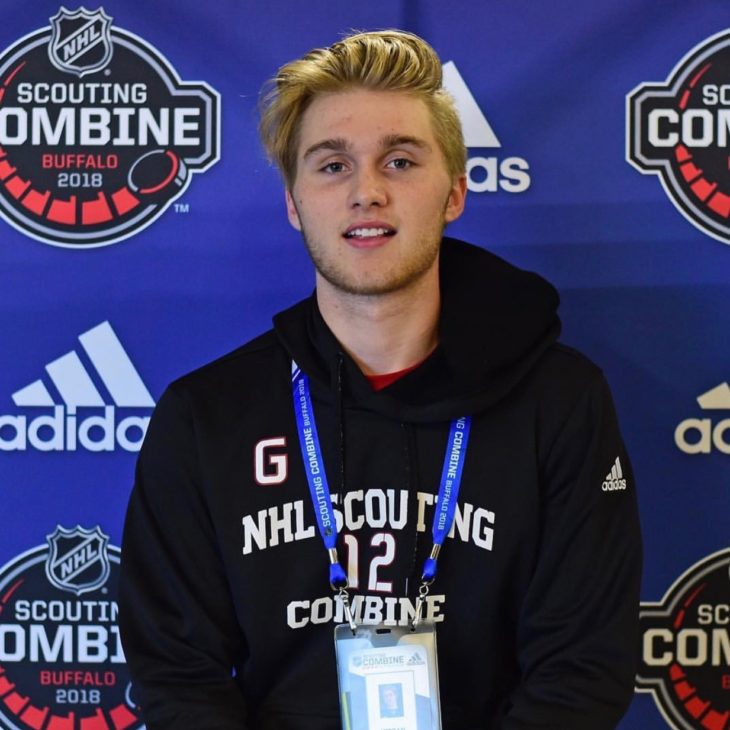 Karki, a 2000-born goaltender, was previously the fifth ranked goaltender in North America by NHL Central Scouting for the 2018 NHL Entry Draft and was a participant at last year’s NHL Draft Combine in Buffalo.

The 6-foot-5, 208-pound goaltender previously spent 59 career games in the USHL with USA Hockey National Team Development Program and the Muskegon Lumberjacks, and in 2017-18 went 24-16 with a 3.20 goals-against-average and two shutouts with Muskegon.

He was sixth in the league for games played (41), tied for second in wins (24), and started 19 consecutive games. Last season, Karki also added three games with Corpus Christi (NAHL), registering a .889 save percentage and 3.06 goals-against-average.

Karki also spent the 2015-16 season and 18 games with St. Cloud Cathedrial High (USHS-MN) in St. Cloud, Minn. and helped guide the Crusaders to a 22-8-1 record and consolation title in the Class A state tournament.

“It’s an absolute honor to join the Everett Silvertips family and receive an opportunity to play in the Western Hockey League, which has a great reputation for preparing players for the professional level,” said Karki. “Getting a chance to develop and work on improvements in that environment means everything. I’ve already become familiar about how beautiful the Puget Sound area is, along with an amazing fan base, team, and staff.

It makes me enthusiastic to get ready for the season and I can’t wait to get started.”