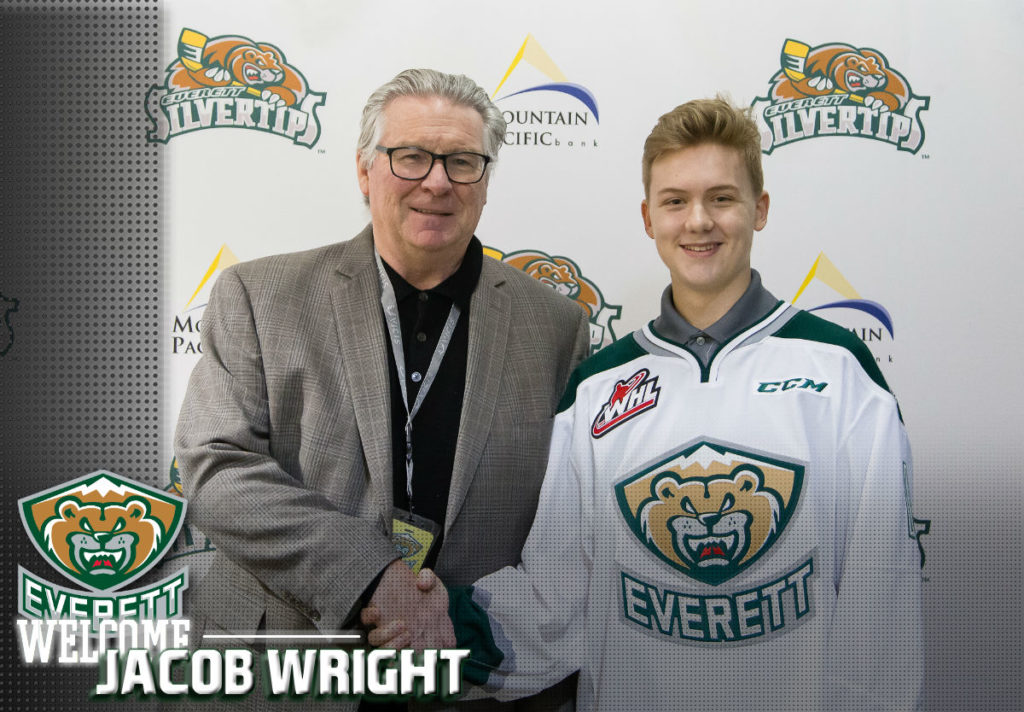 “Jacob is a forward who is gifted with raw talent and has worked very hard to open doors for this next opportunity,” said Davidson. “He has elevated his game, helped deliver winning results for an extremely successful season, and become a significant offensive contributor on a daily basis. His commitment to a 200-foot game enhances his abilities as a playmaker and approach to care of the defensive zone. We welcome formally welcome Jacob to the Silvertips family, and will look forward to his continued development this season with Fraser Valley.”

Wright, a 2002-born forward, was a participant with the Silvertips in training camp at the beginning of this season and is currently third on the Fraser Valley Thunderbirds (BCMML) and 13th in the league in scoring with 34 points (11g-23a) in 24 games. He has also played one game with the Powell River Kings (BCHL) this season. Wright registered three points on four separate occasions this season with the Thunderbirds, earning a hat trick, and a season high in goals on Jan. 13 vs. Okanagan.

By signing a WHL Standard Player Agreement, Wright is guaranteed a WHL Scholarship for every year he plays in the WHL. A player is able to attend any career enhancing institution of his choice, including universities, colleges, technical institutes, trade schools, or any other institution which will help the player achieve his academic and career goals. For each season played in the WHL, a player receives a one-year post-secondary scholarship, which includes: Tuition, Compulsory Fees and Required Textbooks.

The Tips return to play on Friday, Jan. 5 at Toyota Center in Kennewick, Wash. to visit the Tri City Americans at 7:05 p.m. (KRKO 1380 AM / FM 95.3). The Tips return home the next evening and host the Lethbridge Hurricanes at 7:05 p.m. Tickets are on sale at www.everettsilvertips.com/tickets.