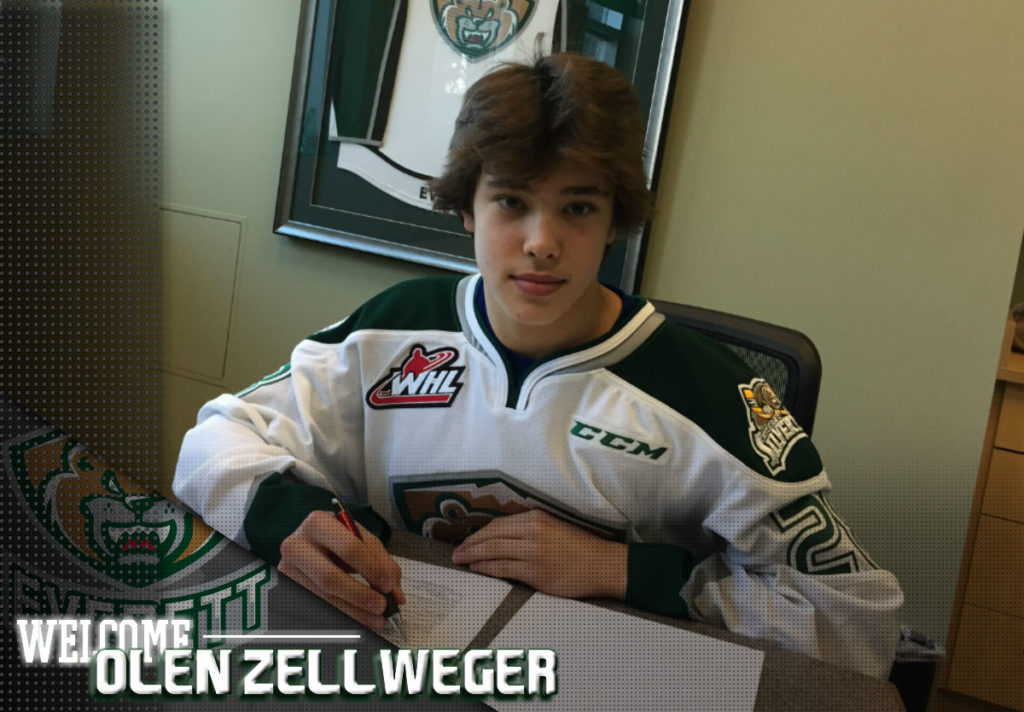 “Olen has progressed into a terrific prospect and we’re thrilled he has chosen the Everett Silvertips and the Western Hockey League as the next step of his career,” said Davidson. “We welcome him and family to the organization and regard his talent and background as exceptional. He’s impressively taken advantages in training camp to demonstrate his capabilities as a skilled defenseman who can distribute the puck and commit to efficient play in all three zones. He has earned an extended visit to training camp this season based on his attributes and effort, and we look forward to his contributions as he continues to develop.”

“I’m excited to announce my commitment to the Everett Silvertips and the Western Hockey League,” said Zellweger. “It’s a day that wouldn’t have been possible without the support of family, coaches, and friends who have helped get me to this point, and I am grateful for their support. I am looking forward to developing my game even further this next year, and be ready to contribute to this proud and successful program.”

Zellweger was selected in the second round (42nd overall) of the 2018 WHL Draft out of OHA Edmonton Bantam Prep (CSSBHL). The Fort Saskatchewan, Alberta native led the program for scoring among defensemen with 32 points (10g-22a) in 30 games, while adding five points (3g-2a) in five postseason games and helping guide the program to a league title. He carried eight multi point games through the regular season from the blueline.

The 2003-born defenseman (10/9/03) skated in the Alberta Cup (Team Edmonton Blue) and earned a goal and an assist in five games. He also helped guide the Fort Saskatchewan Rangers (Bantam AAA) to the Alberta Major Bantam league title in 2016-17 when he had 13 points in 36 games.