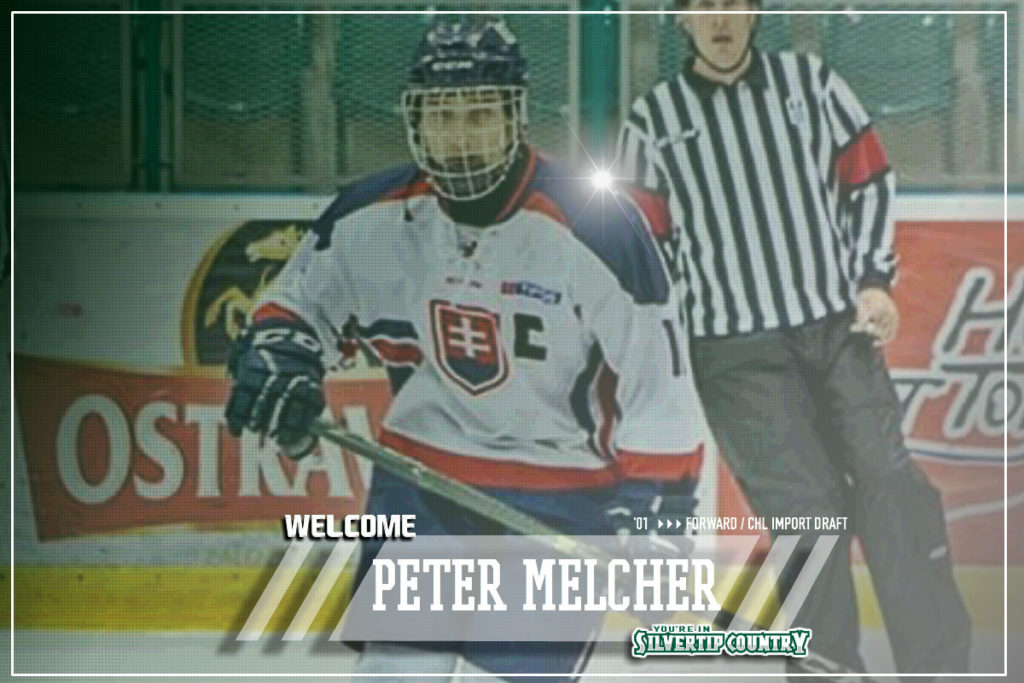 “We are proud to welcome Peter Melcher to the Silvertips family as our import selection this year and are delighted he has chosen the WHL as the next step in his career,” said Davidson. “His addition gives us potential with our two import slots after Martin Fasko-Rudas made great strides last season. Peter is a forward with hockey sense, terrific skating ability, and tools to become great for us moving forward. We’re looking forward to his arrival in training camp this month.”

“I am excited to be part of this great organization,” said Melcher. “I’m also excited to play with a good friend of mine [Martin Fasko-Rudas] and believe it will be a great season.”

The 5-foot-9, 170-pound forward and native of Slovakia appeared in the 2018 Hlinka Memorial Tournament (U-18, Slovakia) where he played in four games and tallied one assist.

Complete CHL Import Draft history for the Silvertips can be found at www.everettsilvertips.com/euro.

Opening the Silvertips home schedule, which covers 34 games this season at Angel of the Winds Arena, is Opening Night against the Vancouver Giants on September 22 at 7:05 p.m. All fans will also witness the raising of the Silvertips sixth U.S. Division championship banner and second Western Conference championship banner to the rafters before the opening puck drop. Season Tickets and Mini-Plan Packages are available at www.everettsilvertips.com/season. The Silvertips 2018-19 training camp schedule will be announced soon.