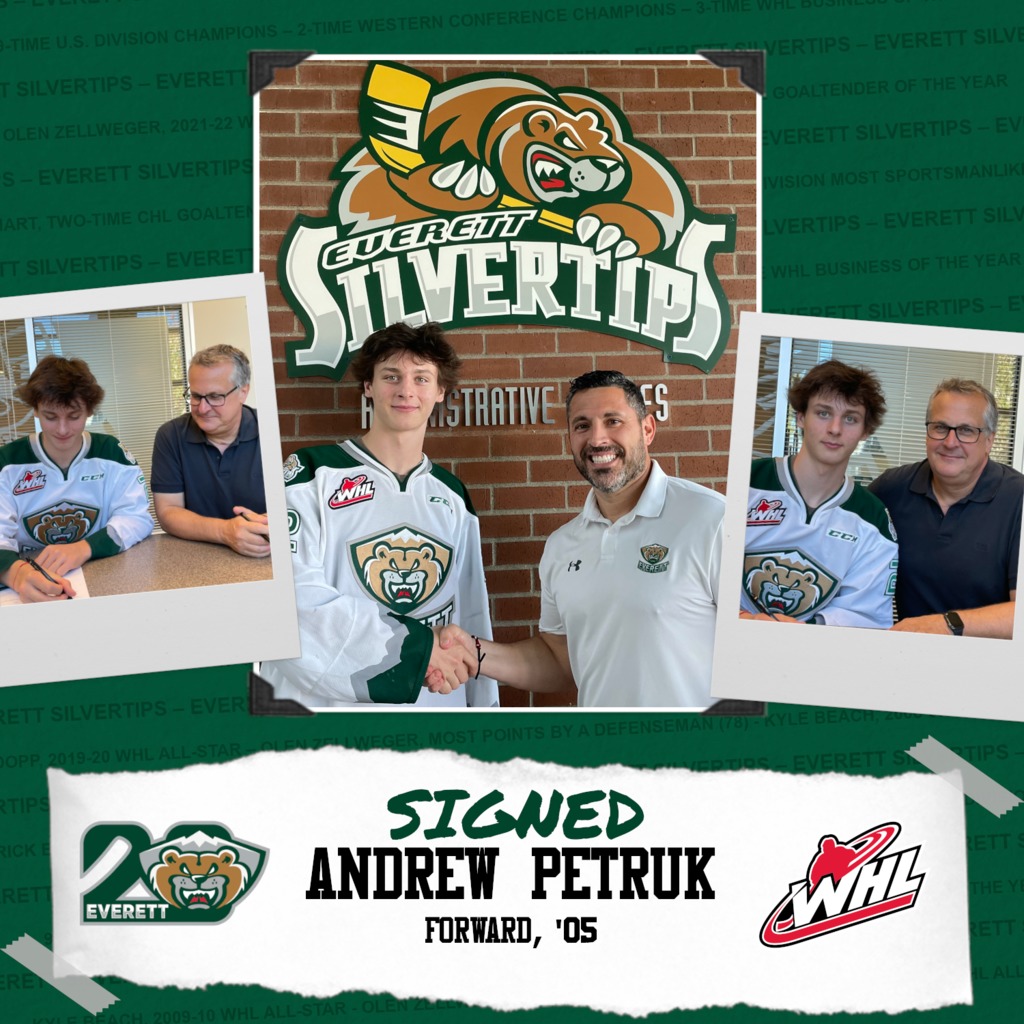 EVERETT, Wash. — Forward Andrew Petruk [PEH-truck] has signed a Standard Player Agreement with the Everett Silvertips ahead of the 2022-23 season.

“It’s a dream come true to be an Everett Silvertip,” said Petruk. “I grew up watching the WHL. I’ve just always wanted to play in this league. It’s a great organization, all the vets and staff are super welcoming. I’m excited to get started here.”

Petruk, an ’05-born Surrey, BC native, spent the 2021-22 campaign with the Valley West Giants U18 AAA, where he recorded five goals and 17 assists in 35 games played. He also earned a four-game call-up to the BCHL’s Victoria Grizzlies and a one-game call-up to the VIJHL’s Campbell River Storm, where he logged three assists.

“We had a real good book on Andrew thanks to our staff,” explained Silvertips general manager/head coach Dennis Williams. “At camp, we saw some positive signs and growth to his game. He definitely brings an element that we’ve been looking for in terms of size and heaviness. The strengths of his game are he’s strong on pucks, his puck protection, [and] getting to the net. There’s going to be a transition and he knows that, but we see his eagerness to learn and invest in his game. We look forward to working with players like that.”

“Andrew coming into training camp was one of the free agent players we were looking forward to seeing,” noted assistant general manager Mike Fraser. “We were excited when he was able to come to camp, and we had a feeling he might push for this kind of opportunity. He earned every bit of it.”

By signing a WHL Standard Player Agreement, Petruk is guaranteed a WHL Scholarship for every year he plays in the WHL.