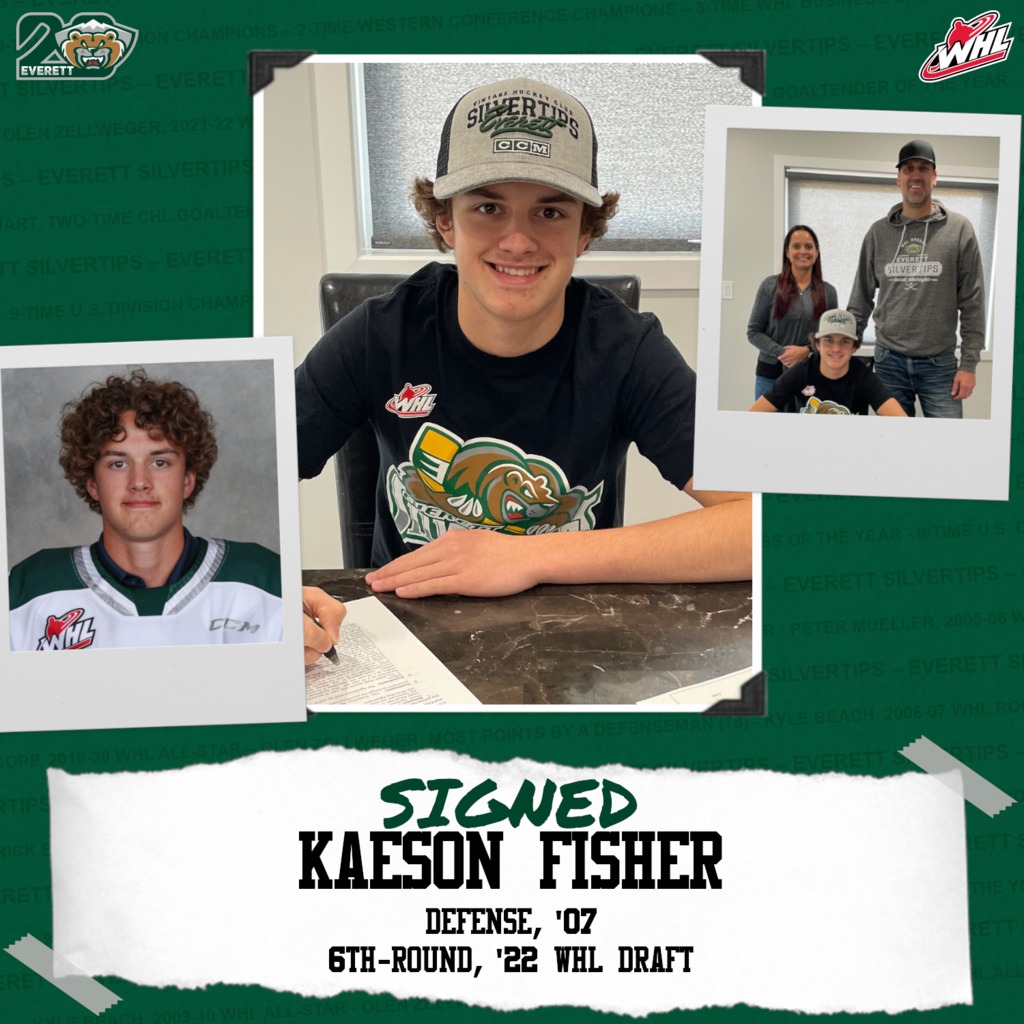 “I’m so excited to be an Everett Silvertip,” commented Fisher. “Ever since the day I got drafted, it’s been something I’ve looked forward to. To finally have it happen is a dream come true.”

Fisher, an ’07-born Brandon, MB native, was selected 124th overall in the sixth round of the 2022 WHL Prospects Draft. He currently skates with the Brandon Wheat Kings U18 AAA squad, where he has one goal and five assists in 12 games played. Last season he helped lead the Wheat Kings U15 AAA team to a WAAA U15 Championship, posting four goals and 13 assists in 24 regular season games with an additional eight points in 11 playoff games.

“I want to be an offensive defenseman,” Fisher continued. “I try to have a good stick in the defensive zone, take away plays. Powerplay, penalty kill, whatever they need me to do.”

Fisher was presented the opportunity to meet with Silvertips management personally as Everett visited the Brandon Wheat Kings as part of their tour of the East Division last Wednesday.

“We’re very excited to officially sign Kaeson,” said Silvertips general manager and head coach Dennis Williams. “He’s shown great potential on both sides of the puck, plays a responsible 200-foot game with strong compete. He provides good speed and skill on the back end. We look forward to welcoming him and his family to Everett and the Silvertips organization.”

“Kaeson is a smart, puck-moving defenseman that fits into our style of play,” noted Silvertips assistant general manager Mike Fraser. “He shows good poise with the puck and doesn’t panic under pressure. We’re excited to see him in a Silvertips uniform in the near future.”

When asked the kind of player he most tries to emulate, Fisher answered, “I think I speak for most people when I say [current Silvertip and Anaheim Ducks prospect] Olen Zellweger.”

By signing a WHL Standard Player Agreement, Fisher is guaranteed a WHL Scholarship for every year he plays in the WHL.