SELECT-A-SEAT MONTH IS HERE | CLICK HERE FOR DETAILS & LOCK IN THOSE SEATS YOU HAVE ALWAYS BEEN LOOKING FOR!
May 25, 2022 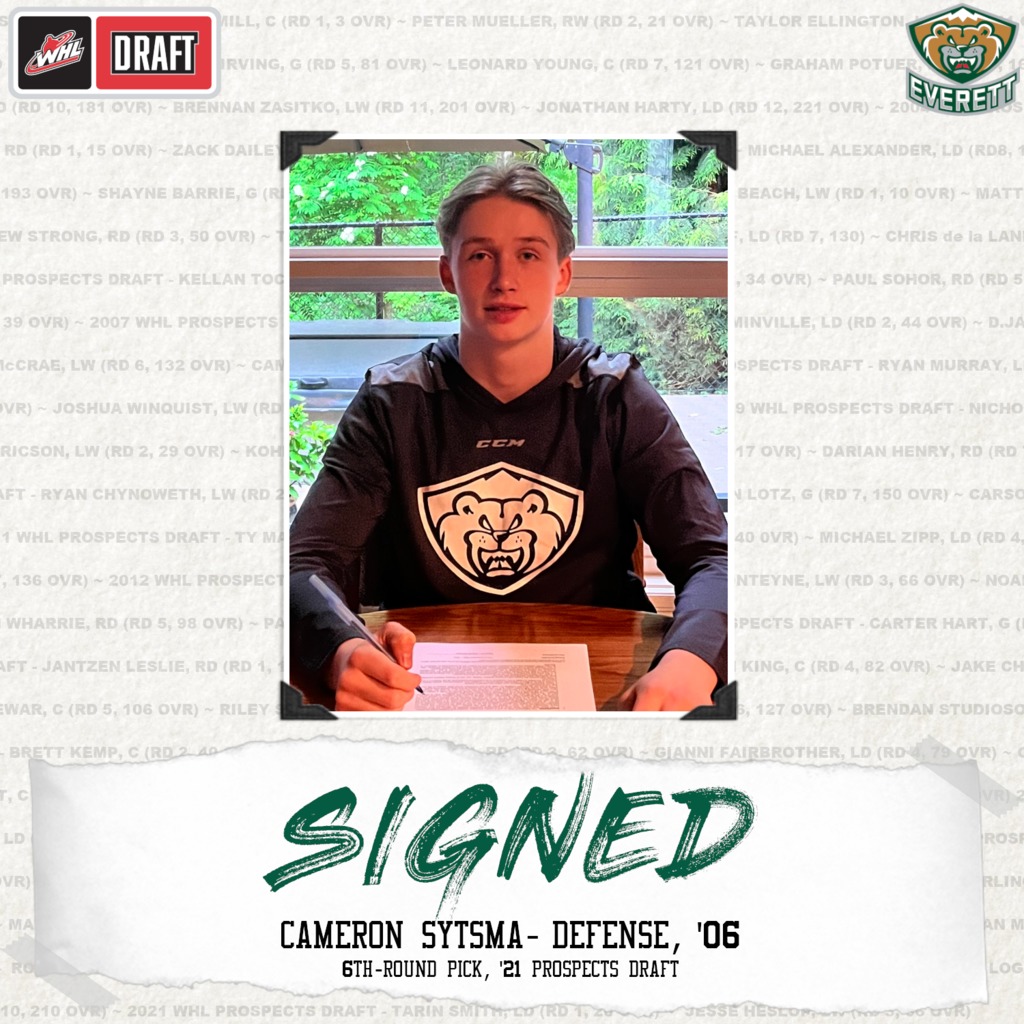 Sytsma, an ’06-born Surrey, BC native, was selected 131st overall in the sixth round of the 2021 WHL Prospects Draft. He skated with the Burnaby Winter Club U18 Prep squad in the 2021-22 season, posting 12 points in 27 games on the blueline and helping BWC to the Canadian Sport School Hockey League (CSSHL) U18 Prep Division Championship.

“I’m super excited to join the Silvertips,” Sytsma commented. “It’s a great organization with a winning reputation. I’m looking forward to the start of the season and getting to work with the team.”

Sytsma was a member of St. George’s School U15 Prep in the shortened 2020-21 campaign, registering four points in six games played. He also played for West Van Academy U15 Varsity in 2019-20, notching 29 points in 28 games played and delivering as a point-per-game player in the playoffs en route to a CSSHLV U15 championship.

“We’re very excited to add Cameron to the Everett Silvertips organization,” said Silvertips general manager/head coach Dennis Williams. “Cameron is a very dedicated player who has a strong work ethic on and off the ice. His game fits well to our style and we feel he will have a positive impact on our team identity and culture.”

He is the third member of the 2021 WHL Prospects Draft class to sign with the Everett Silvertips, joining first-round selection Tarin Smith and third-round pick Jesse Heslop.

“Cameron plays a very smart game,” noted Silvertips director of player personnel Mike Fraser. “He makes a lot of things look easy, moves pucks really well and doesn’t panic under pressure. He has great vision and is an all-situational defenseman. We’re excited to add him to our group.”

By signing a WHL Standard Player Agreement, Sytsma is guaranteed a WHL Scholarship for every year he plays in the WHL.