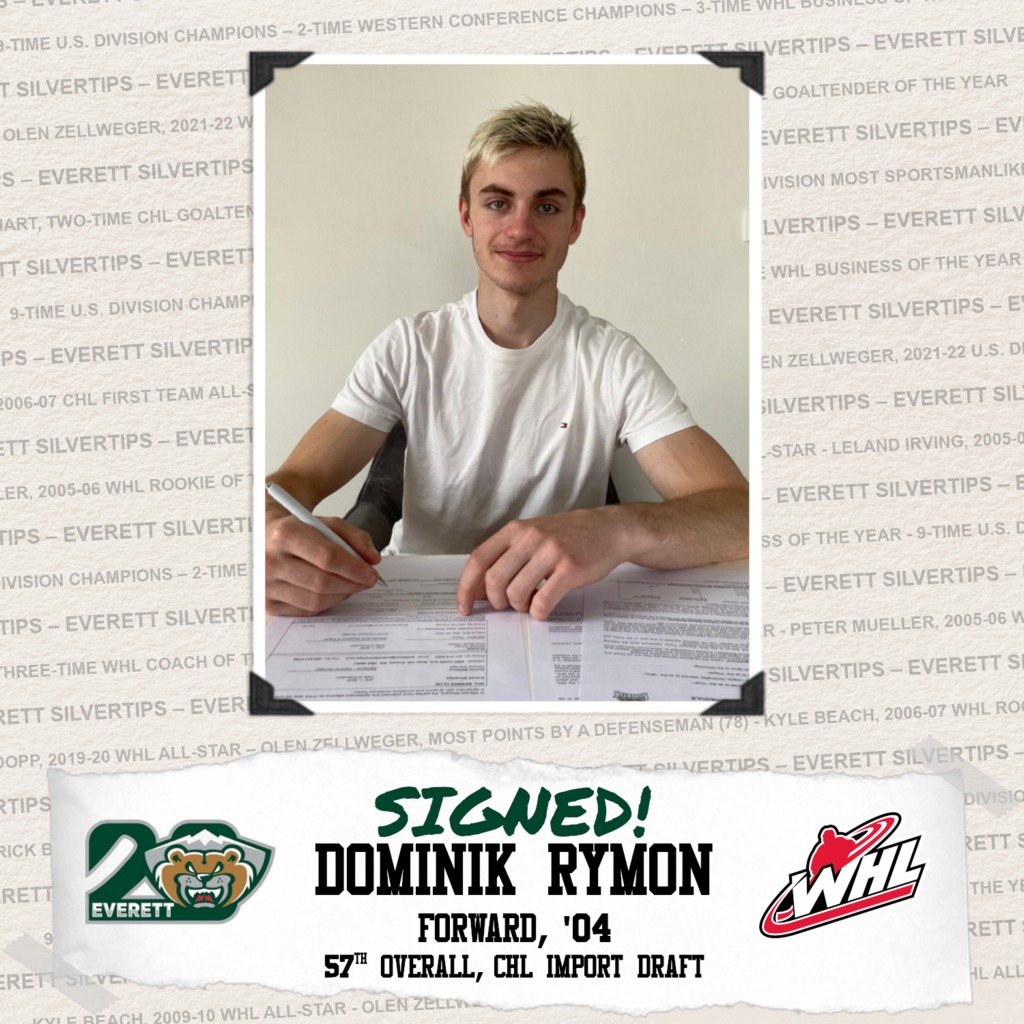 “We’re very happy to have the opportunity to sign Dominik,” commented Silvertips general/manager head coach Dennis Williams. “He’s a very skilled two-way player that brings a lot to the table with his compete, his playmaking ability and his speed. He’ll fit in well with how we want to play and we can’t wait to work with him in training camp.”

Meet our first-rounder from the CHL Import Draft, Dominik Rymon!

Rymon, an ’04-born Karlovy Vary, Czechia native, was selected 57th overall in the first round of the Canadian Hockey League Import Draft as a left-handed forward. Measuring at 5-foot-10, 154 pounds, he spent last season playing at the Czechia U20 level for his hometown HC Karlovy Vary where he recorded 27 goals and 19 assists in 37 games played.

He also played three professional games for HC Energie Karlovy Vary and represented Czechia at the 2021 U18 IIHF World Championship.

“With Dominik’s skills and speed, he can be a great offensive contributor for the Silvertips next season,” noted Silvertips European scout Alessandro Benin. “He has a high hockey IQ and will be reliable on both ends of the ice. Once he adapts to North American hockey, he has potential to be a top player in the league with his work ethic. He has everything he needs in Everett to keep developing.”

By signing a WHL Standard Player Agreement, Rymon is guaranteed a WHL Scholarship for every year he plays in the WHL. 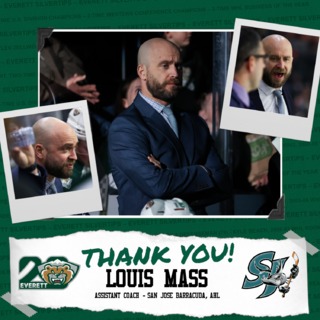