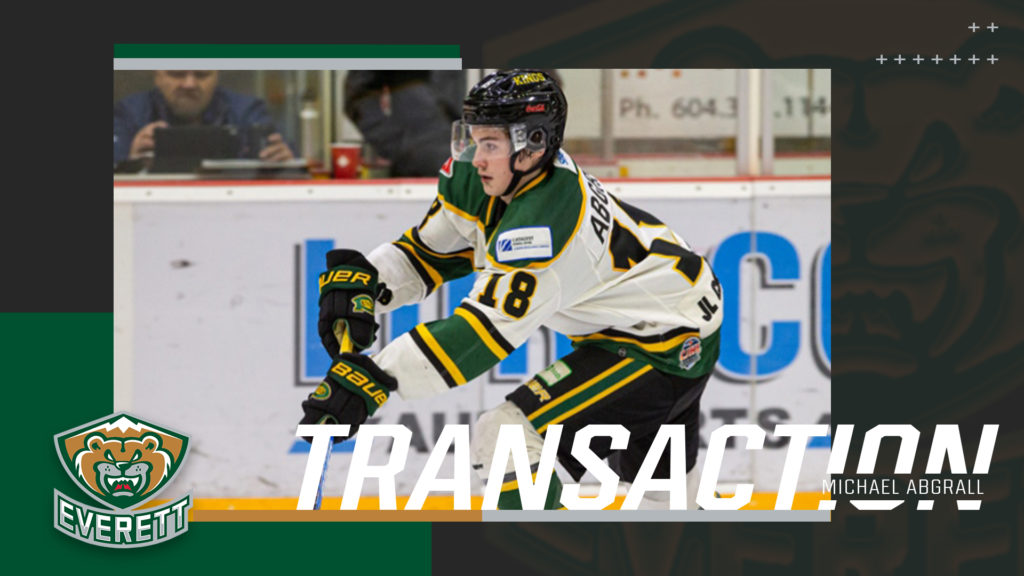 EVERETT, WA – The Everett Silvertips, proud seven-time U.S. Division champion and two time Western Conference champion of the Western Hockey League, and general manager Garry Davidson announced today the team has acquired the rights to prospect center Michael Abgrall from the Edmonton Oil Kings in exchange for an eighth round selection in the 2021 WHL Draft and a conditional selection in the 2023 WHL Draft.

“Michael is a forward with a gifted set of offensive capabilities and a bright future ahead of him,” said Davidson. “We had a terrific opportunity to acquire potential, with the abilities to function in a high impact role for our club very soon. What we offer for Michael is an elite, prestigious program delivering an attractive option with internationally recognized coaching and a development system proven to make pro level and educational dreams come true, all with an incoming National Hockey League franchise in our backyard.” 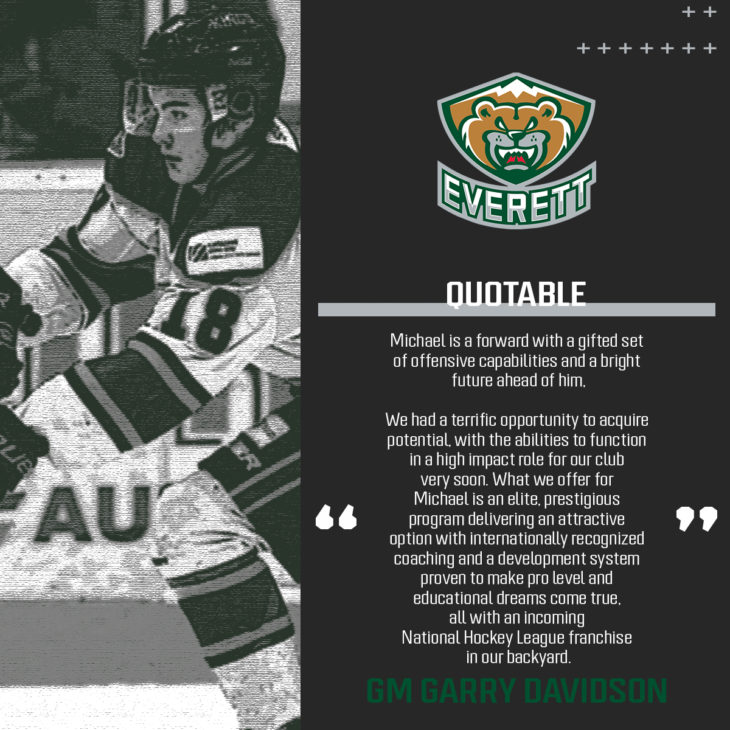 Abgrall, a late-2003 born forward, last season was tied for second on the Powell River Kings (BCHL) with 37 points (13g-24a) in 57 games and ranked second on the program in assists (24). He added six multi point games, earned a hat trick and a season high four points on Jan. 24. He finished tied for the team lead in playoff points (4) in five games.

The native of Richmond, British Columbia was selected by Edmonton in the fourth round (67th overall) in the 2018 WHL Draft and previously was tied for second on the Burnaby Winter Club Elite 15s (CSSHL E15) with 48 points (26g-22a) in 29 games and led the club with 26 goals.

The conditional selection included is a second round pick in the 2023 WHL Draft upon Abgrall signing a WHL Standard Player Agreement.

ABOUT THE EVERETT SILVERTIPS

Located in the Pacific Northwest and Snohomish County, just 30 miles north of Seattle, Wash., and the newest National Hockey League franchise in the Seattle Kraken, the Everett Silvertips have sent 19 players onto play in the NHL, elevated five players in the last two seasons onto selections at the NHL Entry Draft, and this past season helped connect four players to three-year, entry level contracts with NHL clubs. The Silvertips were named the 2018-19 WHL Business of the Year and this past season entertained the third highest attendance in the WHL at the 8,149 seat Angel of the Winds Arena while earning a league high 46 victories. The Tips are led behind the bench by head coach Dennis Williams, the 2019-20 WHL Western Conference Coach of the Year, recognized by Hockey Canada for service at the international level for the third straight year, a member of the coaching staff for the Hlinka Gretzky Cup. Silvertips players who sign a WHL standard player agreement are guaranteed a WHL Scholarship for every year he plays in the WHL and in April, the WHL announced 402 scholarships were awarded to graduate players for the 2019-20 season.