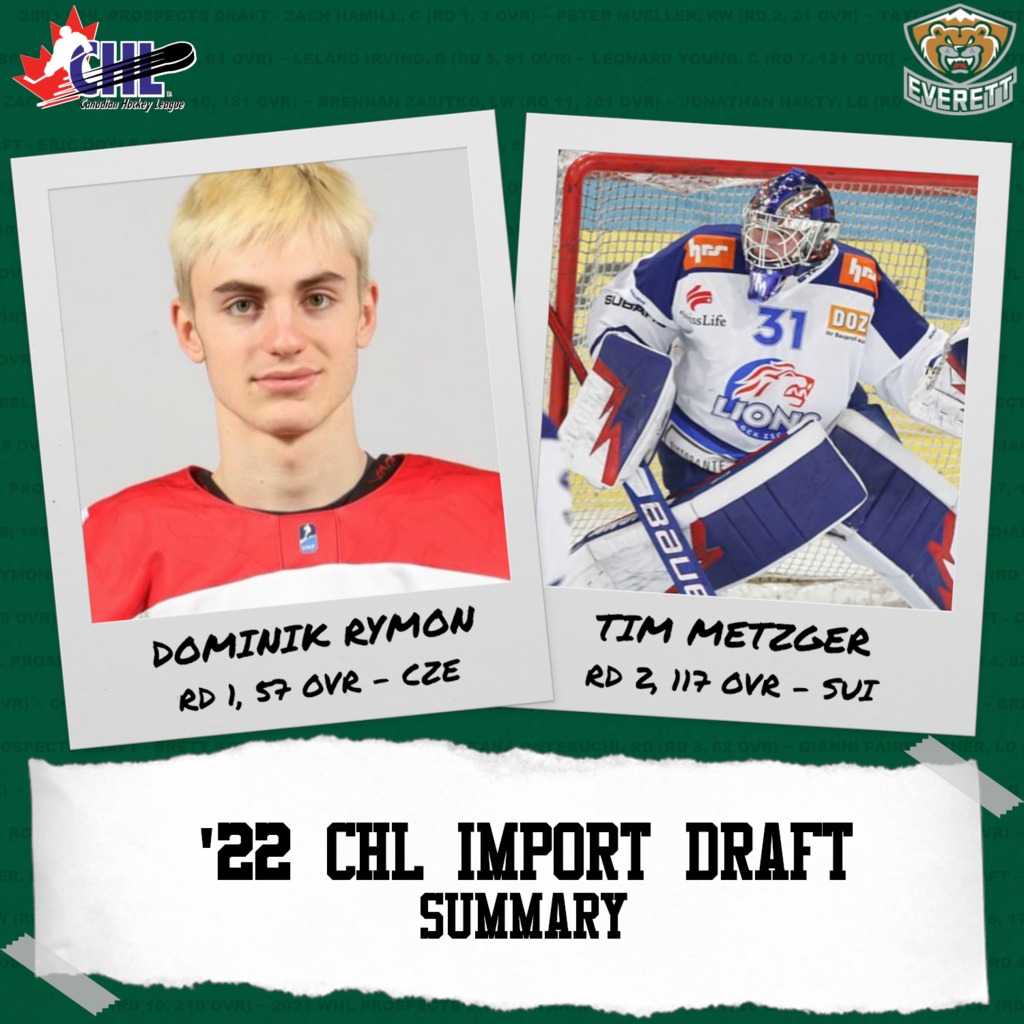 Rymon, an ’04-born Karlovy Vary, CZE native, was selected 57th overall in the first round as a left-handed forward. Measuring at 5-foot-10, 154 pounds, Rymon ranks as the 90th overall European skater ahead of the 2022 NHL Entry Draft per NHL Central Scouting. He spent last season playing at the Czechia U20 level for his hometown HC Karlovy Vary, posting 27 goals and 19 assists in 37 games played. He also played three professional games for HC Energie Karlovy Vary, and represented Czechia at the U18 IIHF World Championship.

“We’re very lucky to have had the opportunity to draft Dominik,” said Silvertips general manager/head coach Dennis Williams. “He’s a very skilled player with great speed, vision and hands. He plays a 200-foot game and his abilities meld well with how we play in Everett.”

Rymon strikes several similarities with another member of last year’s Silvertips and fellow countryman Michal Gut, in that both players were selected with the 57th overall pick in the Import Draft (Gut in 2019 by Everett) and both players have worn a captain’s “C” for Czechia during international play.

Metzger, an ’05-born native of Männedorf, SUI, split time last season between the U20 level with GCK Lions and the U17 level with ZSC. He has been particularly successful at the U17 level, as ZSC has won back-to-back titles in the Swiss U17-Elit league. In those two seasons, Metzger is a combined 19-4-1, with a 9-3-0 record as the backstop for the 2021-22 playoff run.

“Between his international play with Switzerland and his play last year, he’s got all the tools to be a pro goalie,” Williams said of Metzger. “Our goalie coach James Jensen is looking forward to working with him and getting him acclimated to the North American game.”

Benin noted Metzger’s athletic build, standing at 6-foot-6, 205-pounds, as well as his extensive international experience as primary reasons for his being targeted by the Silvertips.

“The transition from European hockey to North America always takes some time,” Benin explained, “but I am confident both will be impact players for the Silvertips and have the potential to develop into professionals thanks to the way we develop players in Everett.”