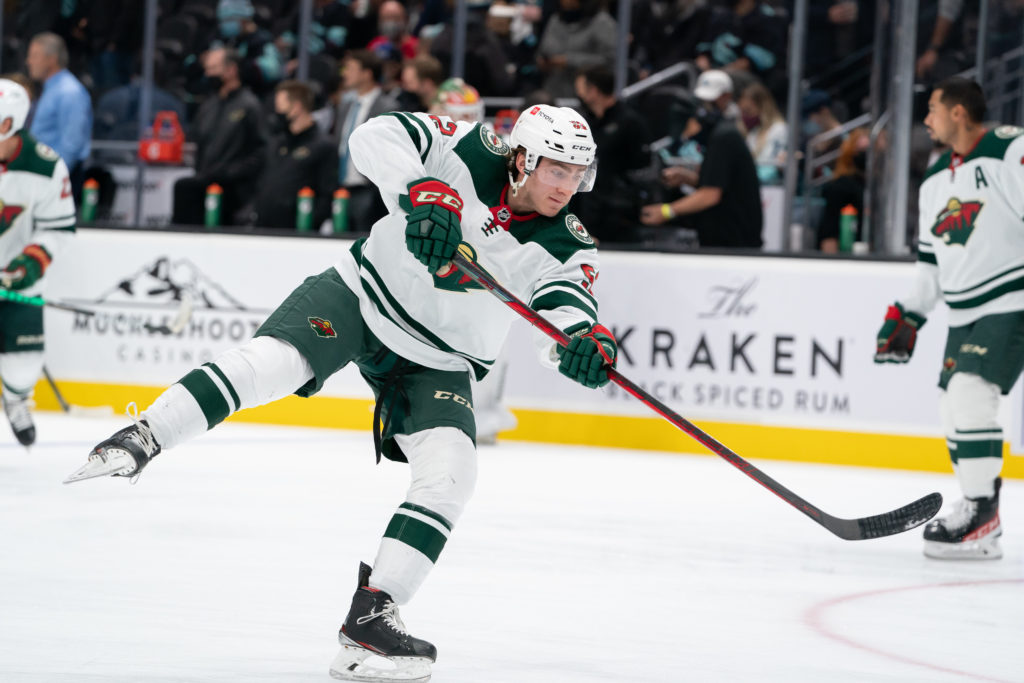 For Connor Dewar, his NHL journey began Thursday night not 30 miles south of where his major junior career played out for four seasons.

Dewar took NHL ice for the first time as a member of the Minnesota Wild, skating as the visitor at Climate Pledge Arena in Seattle taking on the Kraken. He was regularly cheered throughout the night, as the former Everett Silvertips captain skated in front of old fans, former coaches and billet families.

Connor Dewar has made it.

“A guy like Connor, the work ethic and dedication he’s put in, he’s earned his opportunity to get his first game of many,” commented Silvertips head coach Dennis Williams, who coached Dewar for two seasons from 2017-2019. “It’s a great moment for him and his family, for the organization and all the players that played with him and helped get him there.”

The 22-year-old registered a hit and a shot on goal in his first shift, ultimately finishing with 2 SOG, 4 hits and 2 PIMs in 8:44 of ice time. Dewar briefly caught up with members of his Silvertips family after the game, including Williams, associate coach Louis Mass, former teammates Jackson Berezowski and Ronan Seeley, and Dewar’s two billet families.

“I thought he played really well, I told him,” Williams said. “Like anything, you tell him how proud you are of him. I think back to my first year [coaching the Silvertips], I remember meeting him. He was not a man of many words, he still isn’t probably to this day. But just to see how far he’s come… if anyone knows the type of commitment he puts in, the energy- he hates to lose. It was just awesome.”

“It’s kind of funny the way it works out and life comes full circle,” Dewar noted at morning skate ahead of his debut.

Dewar has remained on the Wild roster since his debut, skating 11:38 on Saturday in a 4-1 loss to the Colorado Avalanche. He becomes the 21st Everett Silvertip to make the NHL in the franchise’s 19-year history. Affectionately referred to as “The Pitbull” by Silvertips fans, Dewar notched 99 goals and 98 assists in 270 games with Everett from 2015-2019, with 39 additional points in postseason play over 50 games.

They grow up so fast.

Good luck Connor in your NHL debut! Once a Silvertip, Always a Silvertip.#TipsintheNHL x @cdewar26 pic.twitter.com/uthqkhBOQe