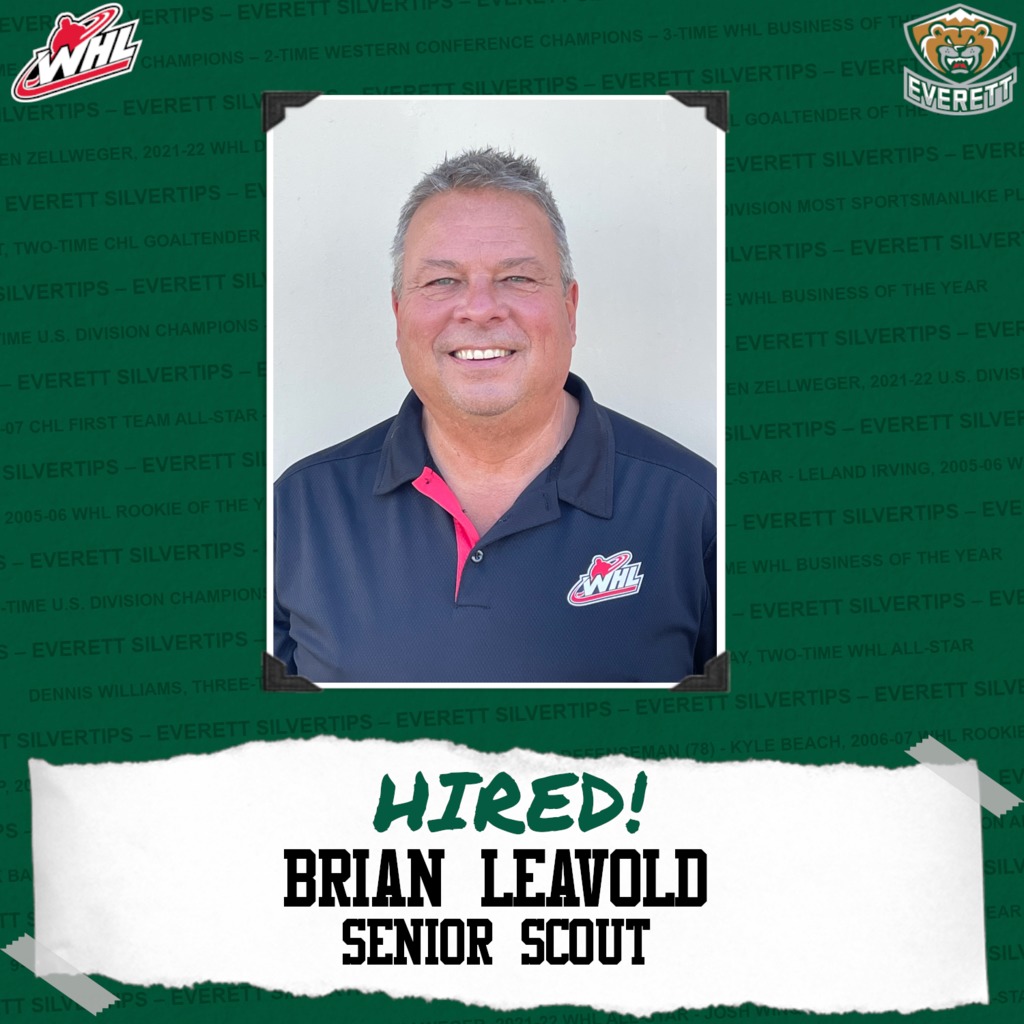 Leavold comes to the Silvertips organization with decades of hockey experience, having scouted for the Swift Current Broncos from 1998 through 2018, helping construct the Broncos squad that won the Western Hockey League’s Ed Cynoweth Cup in 2018. He later joined the Saskatoon Blades for four seasons. Leavold is also a retired firefighter after 35 years of service.

“We’re very excited to have Brian join our staff,” said Silvertips general manager/head coach Dennis Williams. “His resume speaks for itself with the years he’s put in the league and the high-end talent he’s discovered. We know he’ll continue to do a great job finding skilled players with high character for our organization.”

“Brian brings a wealth of knowledge and experience as a WHL scout,” commented assistant general manager Mike Fraser, who also scouted for the Broncos from 2005 through 2012. “I’ve known Brian for nearly 20 years and have worked with him in the past. He’s one of the hardest working and most respected evaluators at our level.”

Leavold will handle scouting duties in British Columbia, where he has been a mainstay as a scout for years. He joins fellow senior scouts on staff in Garry Ryhorchuk (Saskatchewan) and Doug Sinclair (Manitoba).

“Everett’s fans are the best in the league with the best in-game experience,” Leavold noted. “I want to work where players develop and move on, and the team wants to win and cares about people.”