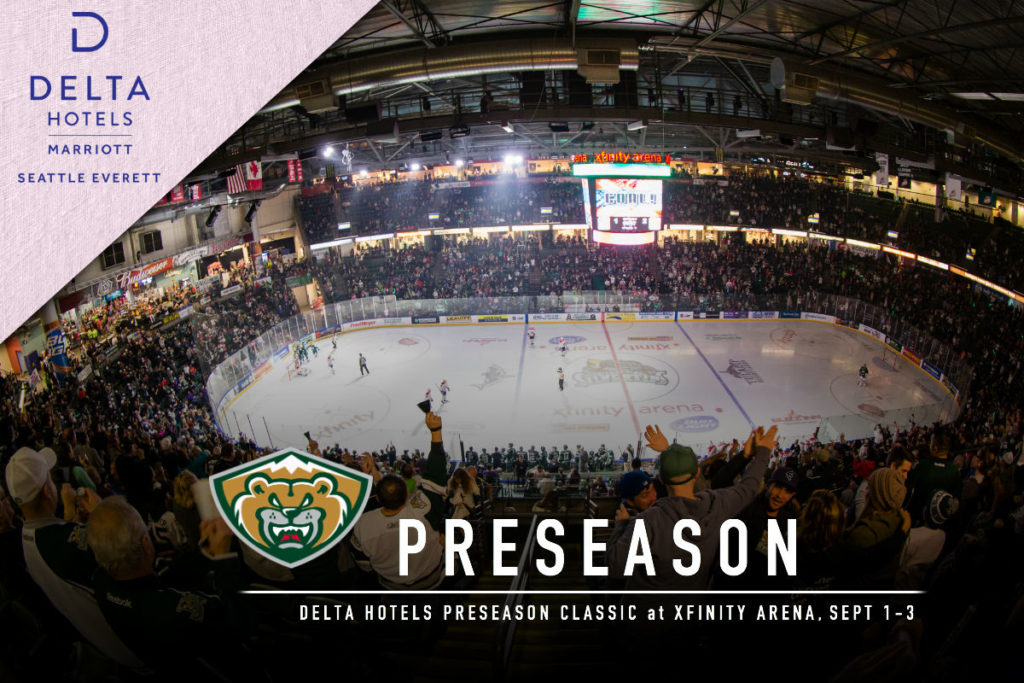 The Delta Hotels Preseason Classic will once again welcome the Vancouver Giants and all U.S. Division clubs to downtown Everett. The tournament, scheduled Sept. 1-3, will culminate each day with a Silvertips home game at 7:00 p.m.

The Silvertips will face their closest geographic rival, the Seattle Thunderbirds, three times during preseason play including at matchup on Saturday, Sept. 2 in the Delta Hotels Preseason Classic, at 7:00 p.m. A home-and-home series between the teams will close the Silvertips pre-season schedule, with a 7:30 p.m. face-off scheduled at XFINITY Arena on Friday, Sept. 15. The pre-season schedule will conclude at ShoWare Center in Kent the following evening.

Ticket packages for the Delta Hotels Preseason Classic and all Silvertips preseason home games will be announced soon and available for purchase on http://everettsilvertips.com/preseason. Seating designation for all preseason games at XFINITY Arena is offered on a general admission basis.

The Silvertips will announce their 2017-18 home opener and full regular season schedule soon, offering full season tickets, 22-game, and 14-game plans for as little as $200 total per seat. Deposits for $50 secure a seat by visiting the Silvertips ticket deposit portal.